UNSW Law alumna Teela Reed used an appearance on Q&A to urge federal leaders to take the nation into a referendum on constitutional recognition for Indigenous Australians. 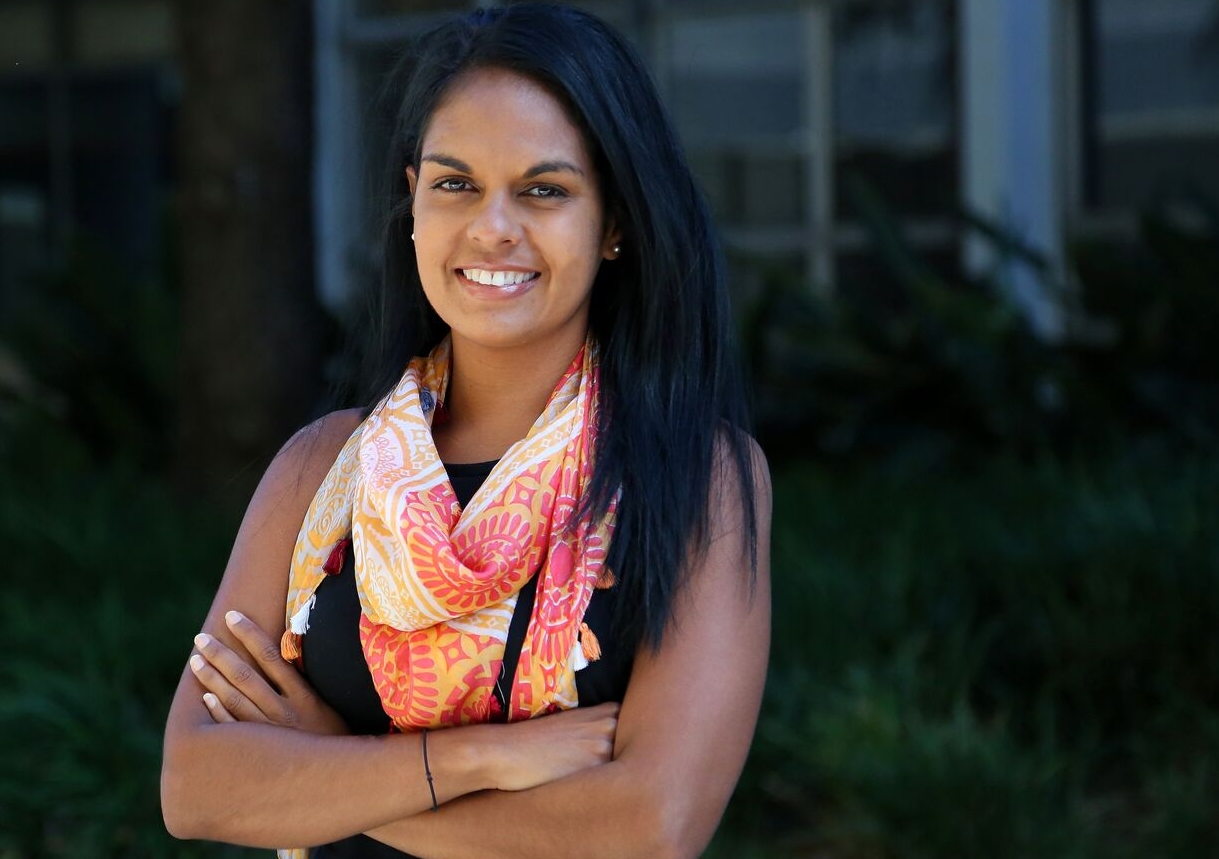 UNSW Law alumna Teela Reid has urged both sides of government to use leadership and proceed on a referendum on the Uluru Statement of the Heart, which would give Indigenous Australians constitutional recognition.

The lawyer, who was invited by the Referendum Council as a leader and facilitator in the landmark constitutional dialogues that culminated in the historic First Nations consensus of the Statement last year, spoke on ABC’s Q&A program last night.

The Coalition rejected the Statement last year and a joint select committee on Constitutional Recognition Relating to Aboriginal and Torres Strait Islander Peoples is now looking into matters relating to constitutional change.

“So [the Prime Minister] has made a small concession, we know where the Right sit on this issue,” Ms Reid said.

“The issue is, we are now concerned where Labor are going to take it. Are they going to water down the Uluru statement and try to legislate this?

“Because that would be dishonouring the Uluru Statement from the Heart.

“The proposal is specifically sequenced, put it to a referendum ... both sides need to take leadership.”

The Wiradjuri and Wailwan woman from Gilgandra, NSW, beat hundreds of citizens who auditioned to be a citizen panellist on the first People’s Panel on the Q&A program.

Since completing her Juris Doctor at UNSW, she has been working as an associate for the Honourable Justice Lucy McCallum in the NSW Supreme Court.

She told the program that while indigenous Australians also wanted a treaty, she said there needed to be greater political will to engage with First Nations in good faith on this issue.

The term 'treaty' gets thrown around this country like a lolly, it’s just crazy.

“The vulnerability at the state level is, if we are going to go into start treaty discussions – for example in South Australia, where one side of politics said that they wanted to do a treaty and one side came in and shut down the negotiations – it becomes very vulnerable ... for First Nations to engage in that,” Ms Reid said. “We’ve also seen in Barunga, at the beginning of this year, in the Northern Territory, a proposal to have a treaty which is not a treaty.

“The term 'treaty' gets thrown around this country like a lolly, it’s just crazy.”

“We are on the fringes of this society. We’re the most incarcerated people on the planet, literally, and the situation is just getting worse,” she said.

“We are bearing the brunt of negative laws.

“Every Australian should be outraged that we have a constitution that can discriminate against people of certain races and that law has been used against Aboriginal and Torres Strait Islander people.”

Ms Reid’s appearance came at the start of NAIDOC Week, which celebrates the history, culture and achievements of Aboriginal and Torres Strait Islander peoples.

The theme of this year’s NAIDOC week is “Because of her, we can!”

Ms Reid has a personal interest in constitutional law and has experience practising criminal, civil and administrative law.

She established the inaugural Mooting Competition of Australia’s First Peoples at UNSW in 2014; was a recipient of a UNSW Juris Doctor Scholarship for Indigenous Students and was Vice-President (social justice) of the university’s Law Society.