Ozone hole is both environmental success story and global threat

Almost 30 years ago the world responded to the realisation that our ozone layer was in trouble. But an alarming recent development shows there is no room for complacency, write Shane Keating and Darry Waugh. 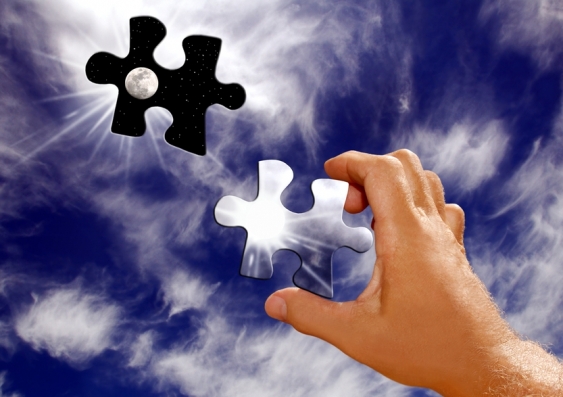 The headlines in recent months read like an international eco-thriller.

At Mauna Loa Observatory, perched high on a Hawaiian volcano, researchers measure unusual levels of CFC-11 in the atmosphere. The measurements baffle the scientific community: CFC-11, a potent ozone-depleting gas, has been carefully monitored since it was banned under the 1987 Montreal Protocol. But the measurements are soon confirmed by observing stations in Greenland, American Samoa and Antarctica. The evidence points to illegal production of the banned chemical, threatening the fragile recovery of Earth’s UV-shielding ozone layer. But the identity of the environmental super-villain remains a mystery.

Then, a breakthrough. By running global climate models backwards, a team of scientists in Boulder, Colorado, trace the source of CFC-11 to East Asia. The trail is picked up by the Environmental Investigation Agency, a tiny activist organisation based above a coffee shop in Islington, London. EIA dispatches investigators to China and uncovers rampant illegal production of CFC-11 for insulation foam used in the Chinese construction industry. “This is an environmental crime on a massive scale,” says Clare Perry, EIA’s climate campaign leader.

Meanwhile, scientists and diplomats from around the world converge on Vienna for a meeting of the United Nations working group on the Montreal Protocol. EIA’s blockbuster report is high on the agenda. But can the international community band together once more to protect the ozone layer and save “the world’s most successful environmental treaty”?

Read more: After 30 years of the Montreal Protocol, the ozone layer is gradually healing

A model of cooperation

The last time the ozone hole was front-page news, President Ronald Reagan was still eating jelly beans in the Oval Office. In 1985 British scientists announced the discovery of a shocking decline in atmospheric ozone concentrations high above Antarctica. The “ozone hole”, as it became known, was caused by ozone-eating chemicals called chlorofluorocarbons (CFCs) used as refrigerants in air conditioners and propellants in aerosol spray cans.

The discovery galvanised public opinion, particularly over concerns about the risk of skin cancer, cataracts and sunburn associated with increased exposure to ultraviolet radiation. In Australia and New Zealand, popular ad campaigns featuring a dancing seagull encouraged the beach-goers to “Slip on a shirt, slop on sunscreen, and slap on a hat!”.

Although many uncertainties over the science remained – which were eagerly exploited by the chemical industry – President Reagan recognised the danger posed by the ozone hole and vigorously backed international negotiations to ban CFCs, including CFC-11. On January 1 1989, the Montreal Protocol on Substances that Deplete the Ozone Layer became law.

In his signing statement, Reagan heralded the Montreal Protocol as “a model of cooperation” and “a product of the recognition and international consensus that ozone depletion is a global problem”. It remains his signature environmental achievement.

An enduring impact on Earth’s climate

Three decades after Montreal, the ozone layer is showing signs of recovery. In January 2018, a NASA study found that the ozone hole was the smallest it had been since 1988, the year before the Montreal protocol went into effect. But a full recovery will take decades. “CFCs have lifetimes from 50 to 100 years, so they linger in the atmosphere for a very long time,” said NASA scientist Anne Douglass, one of the authors of the study. “As far as the ozone hole being gone, we’re looking at 2060 or 2080.”

In the meantime, CFCs continue to impact Earth’s climate in some unexpected ways. CFCs are powerful greenhouse gases, with more than 5,000 times the warming potential of an equivalent weight of carbon dioxide. It is estimated that banning CFCs and other ozone-depleting chemicals has delayed global warming by as much as a decade.

However, those gains are threatened by the ozone-friendly, but heat-trapping, chemicals that have replaced CFCs in our air conditioners and insulation. The latest amendment to the Montreal Protocol will phase out the use of this new class of chemicals by 2028.

Read more: Explainer: hydrofluorocarbons saved the ozone layer, so why are we banning them?

Even more surprising is the complex influence of the ozone hole on Earth’s atmosphere and oceans. The loss of UV-absorbing ozone over the South Pole has changed the pattern of winds around Antarctica. Strengthened winds blowing over the Southern Ocean draw more deep water towards the surface, where it is “ventilated” by contact with the atmosphere.

Deep Antarctic water is rich in carbon, making it a poor absorber of atmospheric CO₂. That means that the ocean has become less efficient at removing excess carbon dioxide from the atmosphere, reducing its ability to offset global warming.

Darryn Waugh on the ozone threat.

Lessons from a world avoided

The success of the Montreal Protocol holds lessons for today’s efforts to confront human-induced climate change. Vigorous leadership by Reagan and the then British prime minister, Margaret Thatcher, a trained chemist, was crucial during the negotiations of the treaty. The protocol began modestly and was designed to be flexible so that more ozone-depleting substances could be phased out by later amendments. Developing countries were also provided with incentives and institutional support to meet their compliance targets.

But perhaps the most important lesson is the need for action, even when the science is not yet conclusive. “We don’t need absolute certainty to act,” says Sean Davis, a climate scientist at the US National Oceanic and Atmospheric Administration. “When Montreal was signed, we were less certain then of the risks of CFCs than we are now of the risks of greenhouse gas emissions.”