Under the Noogler propeller hat 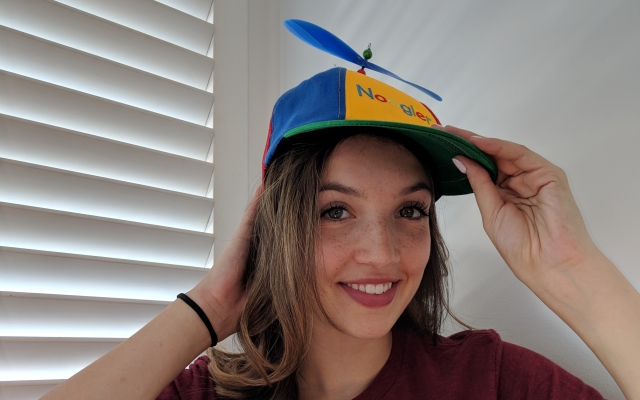 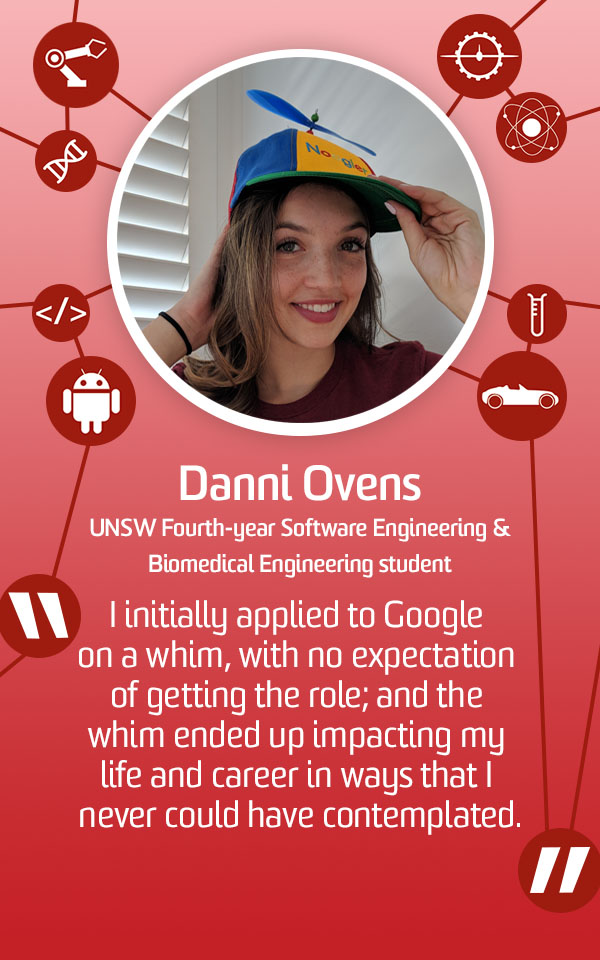 An application, a few interviews, an embarrassing typo*, an internship, another application, a rejection, and a joyous phone call later, I found myself being flown across the world for an internship I will never forget. Right in the heart of Silicon Valley, the Google headquarters in Mountain View was to be the backdrop of my summer (American winter).

After two days of orientation, where I learned the ins and outs of working at Google and scored my essential Google 'swag’ - including, of course, the illustrious Noogler propeller hat, I met my manager and we took a GRide (similar to an Uber) across campus to a building I would then call my office. It was here I met my team and found my desk.

I was lucky enough to be placed on a YouTube team and given a project that was part of the YouTube Social Support (YTSS) Initiative - or in other words, helping the people behind the @YouTube social media profiles.

Ten or so weeks later and I had developed and analysed machine learning models for classifying and providing insight into the social media content ingested by the YTSS services. To someone who previously knew nothing about machine learning, not much about C++ and even less about the internal tools I was using, this was an extremely exciting, nerve-racking and unbelievably rewarding project.

My focus was the internationalisation of the YTSS services, and because of the new machine learning models I developed, these services are now available in nine new languages! After this project, I further contributed to the YTSS initiative by developing machine learning models and writing analyses of the potential applications of these models using the ‘pipeline’ I wrote to streamline their creation.

When I wasn't coding, doing code review (quality-checking other peoples’ code), or learning (either online or at in-person tech classes), I was enjoying other aspects of the Google lifestyle. You could find me at a yoga/gym class, at an intern event (scav hunts, escape rooms, movies - yes there is a movie cinema in the campus), or cycling around on my Google bike. On my lazier and hungrier days, I would camp out at one of the 30-plus cafes, my favourite being 'Wan’ the Japanese cafe serving amazing sushi, noodles, miso soup and most importantly, a self-serve fro-yo machine.

The whole experience was quite a ride, but after all the excitement and hard work, the most important lesson I learned is the importance of putting yourself out there. Apply for that role even if you don't think you'll get it. Ask someone to coffee so you can pick their brain about what they specialise in. Ask for help when you don't have all the answers. I initially applied to Google on a whim, with no expectation of getting the role; and that whim ended up impacting my life and career in ways that I never could have contemplated.

* This typo was a traumatic experience. I had written the wrong day/month format for my final interview! Luckily, they responded kindly with something along the lines of, “Sorry those dates are a bit far away, we were hoping to do something within the next two weeks.” Yikes!