Hobnobbing with experts, entrepreneurs and world-changers 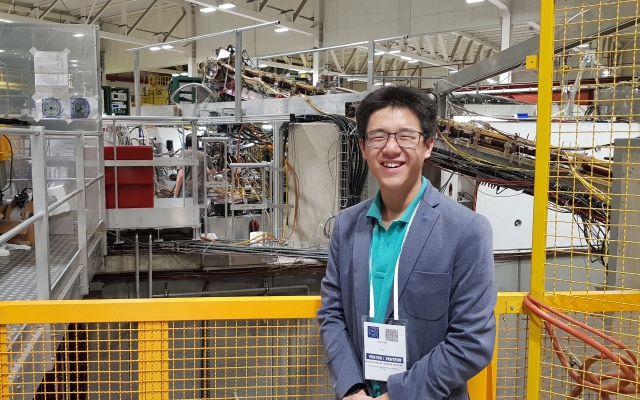 Dylan Sanusi-Goh joins 500 of his peers for the two-week annual science extravaganza at the London International Youth Science Forum.

The London International Youth Science Forum (LIYSF) is a two-week residential event for 500 students from over 70 countries and this year, I’m proud to say, I was one of the chosen few to attend. It was an incredible experience and a great joy to represent UNSW and Australia at the event. 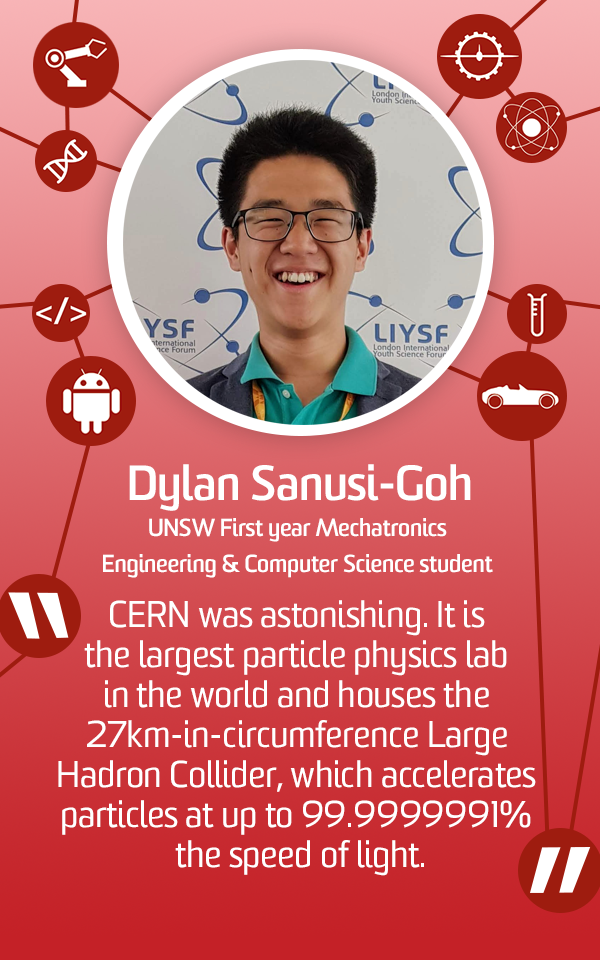 Founded in 1959, and hosted at Imperial College London, LIYSF is a UNESCO-sanctioned program that unites cultures and STEM across political and geographical borders. It aims to build connections between young people of all nations and give them deeper insights into science and its applications for the benefit of all mankind.

I was invited through my work with The Institute for High Energy Physics in Catalonia, Spain, where I built a powerful low-cost cosmic ray detector during high school. I was also asked to present my UNSW ENGG1000 project: “DIY Aerial Photogrammetric Mapping” – an affordable autonomous drone capable of 3D imaging.

My presentation received quite a lot of attention as drone projects were rare at the forum. The innovations we are seeing in custom-built drones, especially with reference to situations we face in Australia such as rural farming, was well-received and I found it inspiring to hear how other international communities might harness the affordable technology.

During the event I was able to chat with peers from all over the world and world-class scientists and engineers including Mark Shuttleworth, CEO of Canonical, the company behind the Ubuntu. He is a successful entrepreneur, the first African space tourist, and I asked what his proudest achievement with the Linux-based operating system Ubuntu was.

He told me that he is proud of how Ubuntu has set the standard for small and large-scale upgrades of technology, whilst being open and stable enough for long-term computers and servers. As the Ubuntu project has grown to such a large scale, he said he is now reflecting on its impact on humanity and his role as an entrepreneur.

I also spoke with Mark McCaughrean, Senior Science Advisor of the European Space Agency. He recently led a team of scientists in hand-processing images from the Rosetta mission to 67P/Churyumov–Gerasimenko, a Jupiter-family comet, with the goal of producing insightful findings understandable by the public. We discussed how private companies and government space agencies are standing on issues such as, “Should we go to Mars now or later?” and “Who owns resources mined from space mining?”

At Airbus UK, I saw the A350-900 and A350-1000 physical and simulated testing environments and it was fascinating to observe how engineers could simulate payload and aerodynamic stresses/loads on landing gear inside a warehouse.

CERN was astonishing. It is the largest particle physics lab in the world and houses the 27km-in-circumference Large Hadron Collider, which accelerates particles at up to 99.9999991% the speed of light. Whilst it is a physics laboratory, 80% of employees are engineers and technicians, whilst only 3% are physicists – which shows why engineering is such a critical field in making world-changing discoveries. The innovation, precision, accuracy and intelligence on display was awe inspiring.

I have returned to UNSW full of ideas about the professional nature of engineering and it is my aim to bring these practices into supporting the Faculty of Engineering, the CREATE Society, the Michael Crouch Innovation Centre, and various other Student Led Projects such as in Flight Labs UNSW, the UNSW Rocketry Team, and as a Technical Project Lead for the UNSW Vivid Project 2019.

Finally, I would like to thank my family, UNSW, the Rotary Club of Oakleigh and the Victorian State Government for supporting my endeavours at the 60th LIYSF. It was a truly life-changing experience.