Mining bust’s gone and the boom’s back: we need engineers

The mining sector is lucrative and influential and is crying out for students, write Mark Hoffman and Paul Hagan. 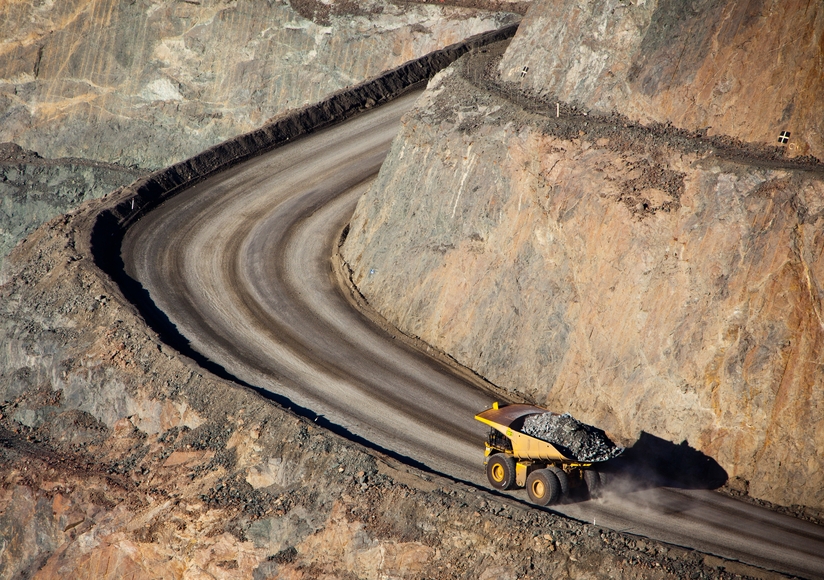 A sharp drop in students enrolling in mining engineering — when resources are roaring back — has triggered alarm in parts of the minerals industry and there have been calls for governments to “do something”.

But it’s up to the industry and universities, not governments, to create the best graduates, promote the sector and ensure long-term career opportunities.

We are seeing a return to solid growth in resources: in Australia, resources and energy values have grown by 18 per cent in the past year to a record $226 billion, according to the Office of the Chief Economist.

It forecasts strong prices to drive nickel export earnings 22 per cent higher into next year; aluminium prices are already at multi-year highs; and demand for gold will perform well into 2020.

More robust global demand than expected is pushing up metals prices across the board.

Australia’s resources exports are about 180 per cent higher in US dollar terms now than in 2000, which is why the Australian Securities Exchange’s index for metals and mining companies is now at its highest level since March 2012.

As you’d expect, this increased activity is driving the demand for mining engineers, who are essential in everyday operations.

Importantly, they also are key players in environmental stewardship: while minerals provide the raw materials in everything we need and use in modern society, our society also expects that mines should designed, built and operated with ever decreasing environmental impact.

Mining is exceptionally cyclic, and the peaks and troughs can be dramatic.

Whenever there’s a downturn in commodity prices, companies reduce costs, which can include scholarships, mining graduate positions and student vacation employment. In the last downturn, some were so zealous in cost-cutting they now are feeling the effects in terms of short­ages of mining engineers.

But mining engineers don’t grow on trees. They take at least four years to educate.

When there is a lack of industry support for training and stable employment opportunities during lean times, students abandon mining engineering degrees midstream or graduate with no job.

Across Australia, total enrolments spanning the four major universities educating mining engineers — the UNSW, Curtin University, the University of Queensland and the University of Adelaide — have plunged 88 per cent, from 265 students in 2013 to 32 this year. With falling student intake and rising demand, a crisis is fast approaching.

A sustained effort is needed to attract and retain students in the mining engineering pipeline, and this requires collaboration between the industry and universities. One initiative between the NSW Minerals Council and UNSW is the NSW Minerals Industry-UNSW Education Trust, which has created a new $1.18 million program offering 25 scholarships of $48,000 across four years.

Within a week of the change, a large fraction of international student applications for mining programs nationally were with­drawn; they would have now been nearing graduation and would be preparing to enter the workforce. The visa changes were reversed a year later but the students are only now returning.

We need resource companies, the minerals industry at large and universities to help convince young people (and their parents) of the sector’s value and ongoing importance to Australian society, by reminding them it’s a $174 billion enterprise that accounts for 60 per cent of Australian exports; or that producing a smartphone requires more than 50 valuable ­elements such as copper, aluminium, gold, silver, silica and lithium, which are all mined in Australia.

Australian mining education benefits from a unique and innovative relationship between the industry and the aforementioned universities, known as Mining ­Engineering Australia.

Among the collaborative initiatives MEA has developed is an educational game for virtual reality headsets, one of the tools MEA uses in workshops held for high school students to raise the awareness of the minerals supply chain.

We need more mining companies to join education initiatives such as these, and commit to industrial training, without which university students cannot graduate as effective mining engineers. Skills are hard won and easily lost; these need to be seen by the industry as a long-term investment ­essential to its future pipeline of capacity.

And we need government to realise that, when there is booming global demand for engineers and 58 per cent of Australia’s engineers are migrants, restricting international students from becoming productive members of Australia’s resource industry workforce is a very backward step.

Mark Hoffman is the Dean of Engineering at UNSW Sydney.

Paul Hagan is an Associate Professor in UNSW’s School of Minerals and Energy Resources Engineering and incoming Executive Director of Mining Education Australia.

This article was originally published in The Australian. Read the original article.