Analysis suggests import restrictions on bananas in Australia are a classic rent‐seeking policy, leaving Australians to subsidise each grower by more than $250,000 a year. 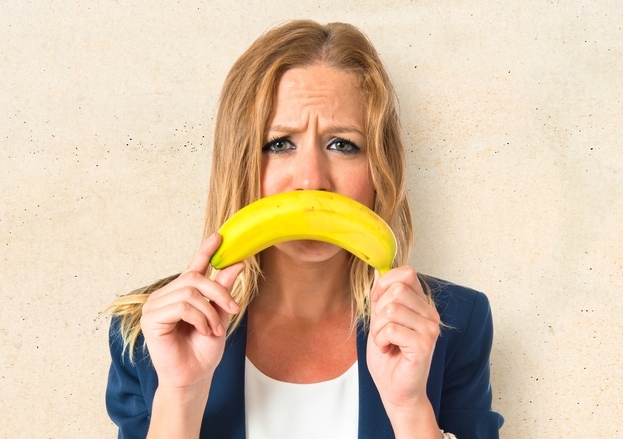 No international traveller can miss the impact of Australia’s quarantine restrictions. Loud posters at every international airport instruct you to dump your fresh produce or face large fines. Into the bin then with the Californian cherries and Kiwi kiwis!

These restrictions impose a cost not just on international travellers but on Australian consumers. Anyone who’d like to consume overseas fruit is not quite as well off as they would be if they didn’t have to comply with Australia’s quarantine restrictions. The (negative) difference between how well off they are now and how well off they’d be without the restrictions is what economists call a consumer welfare cost.

Other hidden costs to Australia may result when domestic farmers face an environment in which banana imports are banned and so market competition is starkly reduced.

How high are these costs? My co-authors and I answer this question in a paper just published in the Economic Record. We estimate the banana import ban has a total annual welfare cost of about $150 million. That’s more than $250,000 per grower per year.

Australian quarantine restrictions on imports are typically defended on the grounds that they keep Australia safe, in two primary ways.

First, we are told that preventing imports prevents the entry of disease into Australia. Yet many countries, including our region’s most prolific banana exporter, the Philippines, evidently manage disease and other productivity pests competently enough to keep producing bananas year after year. Australia has also competently managed disease outbreaks on our soil.

Second, we are told that supporting our farming industries through this sort of protection helps ensure Australia can self-produce enough food for Australians (sometimes termed “food security”).

Why focus on bananas?

Such destruction is what economists call a supply shock. Because bananas take about 10 months to mature, growers cannot compensate by pulling extra bananas out of a rainy-day drawer.

True supply shocks classically affect the supply of product enough to move prices. And anyone in Australia just after Cyclone Larry or Cyclone Yasi will have seen the prices of suddenly scarce bananas skyrocket to north of $15 per kilo.

You might decide in such a situation to buy another fruit, or to cop the high price and buy bananas anyway. Either way, you’d have been better off if you could have bought Filipino bananas instead at a fraction of the price.

The geographical concentration of banana production, the vulnerability to cyclones and the lags in the production cycle are the perfect combination to enable an economic study of the welfare costs to Australia of banana import restrictions.

How do we estimate import ban costs?

We construct a mathematical model of banana production and collect data on domestic and Filipino banana prices, production and exchange rates from 2002 to 2015. We use these data to describe what happened to banana prices and quantities sold over this period, noting that Cyclone Larry hit in March 2006 and Cyclone Yasi hit in February 2011.

Using the model and the data, we estimate the demand elasticity of domestic banana consumption. How much Australian consumers reduce their banana purchases when the price rises is a core factor determining how much worse off they are when they cannot escape price hikes by buying foreign bananas.

We then estimate two welfare costs:

The second cost is more subtle than the first, but our analysis indicates it accounts for about 80% of the total welfare cost of $150 million a year. Following the classic economic logic of opportunity cost, this welfare loss on the producer side signals to us what Australia is giving up when we produce bananas instead of doing something else.

This means the concern about banana disease mentioned above is moot. If we made the efficient choice and stopped producing bananas, then banana freckle and similar problems would be left for the Filipinos (and other banana producers) to sort out, not us.

Based on our results, we conclude that banana import restrictions serve mainly as an institutional support for rent-seeking, which has been documented more widely as endemic in Australia. In effect, the result is a flow of large subsidies to fewer than 1,000 farmers who, if we wished to best allocate our country’s scarce resources, should be doing something other than producing bananas. These subsidies are paid for in the form of welfare forgone by the rest of Australia’s millions of people.

Does the risk of not being able to grow our own bananas pose enough real danger to Australia that we should spend $150 million every year to fend it off? Or is there a subtler but larger danger lurking in our quarantine laws – the invisible siphoning of Australia’s wealth to a tiny group of protected mates, through policies sold to us wrapped in our national flag?