UNSW will celebrate all things science with events and talks across the city for the Sydney Science Festival. 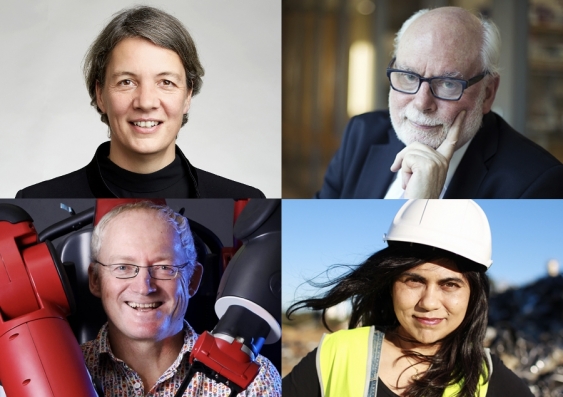 A talk by Australia’s quantum computing pioneer, tours of electronic waste microfactories, a workshop about seaweed restoration along Sydney’s coastline and debate about the challenges of our robotic future are some of the highlights of UNSW-led events during National Science Week.

UNSW scientists will give talks and workshops on campus and around Sydney on topics including the inner west’s hidden urban ecology, colour vision testing, antibiotic resistance and people with unusual memory ability and the way memories are formed.

Winner of the 2016 Nobel Prize for Chemistry, Sir Fraser Stoddart, will give a public talk on August 16 on how art, in its many different forms, is intrinsically linked to chemistry. He will highlight how graphical representations of mechanically interlocked molecules (MIMs) are relevant to defining chemistry's place in today's world and how the Borromean Rings and the Solomon Knot are connected with Frederick McCubbin’s masterpiece, The Pioneer.

Adults and children can gain a better understanding of the ecology of local seagrass and seaweed with the chance to chat to researchers at Operation Crayweed: Seaweed and Seagrass Restoration Workshop on Thursday, August 9. Participants will have the chance to see and feel the seagrass and seaweed (crayweed) that provides a vital habitat for crayfish, seahorses and fish species, be able to separate the male from the female seaweed plants (crayweed), and take part in restoring or transplanting sections of seaweed. 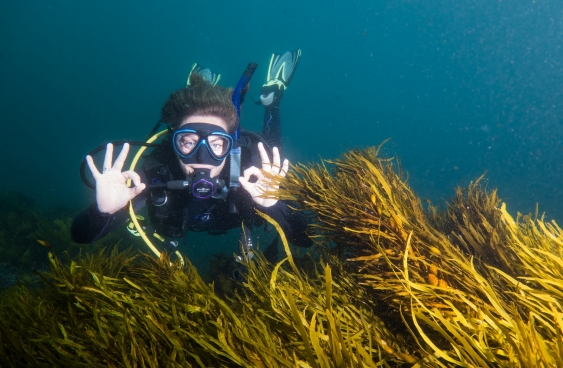 UNSW PhD candidate Georgina Wood with a newly restored crayweed patch in Freshwater, the first site the team had successful recruitment at on the Northern Beaches. Photo: John Turnbull

The team of UNSW scientists, including Associate Professor Adriana Verges, Senior Research Associate Ezequiel Marzinelli, Georgina Wood and Lana Kajlich, will discuss a major restoration project along a 70-kilometre stretch of Sydney’s coastline that has successfully resulted in baby crayweed, restoring vital habitat for crayfish, abalone and a huge diversity of fish and invertebrates.

“The restoration work is running from Cronulla to Palm Beach and there are so many opportunities for local communities to get involved,” says Wood. “Recently local schools have become involved, helping to monitor videos of fish surveys.”

The Einstein Lecture will be given this year by Scientia Professor Michelle Simmons, who in January was named 2018 Australian of the Year. As UNSW Professor of Physics and Director of the Australian Research Council Centre of Excellence for Quantum Computation and Communication Technology, Professor Simmons has a team of more than 200 researchers across the country who are leading the race to develop the technology for the world’s first practical quantum computer. 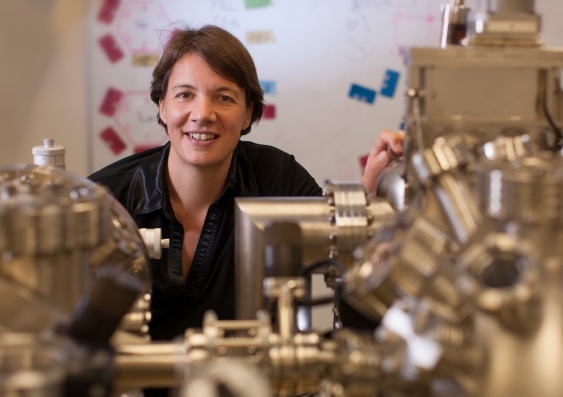 Professor Simmons, who established Australia’s first quantum computing company in 2017, will reveal insights into quantum physics and atomic electronics, and the endless ways in which quantum computers could change the world.

Recycling expert Professor Veena Sahajwalla, who launched the world’s first electronic waste microfactory at UNSW in April, will open the doors to her mini-factory at Tours of UNSW’s SMaRT Centre Microfactory on Saturday, 11 August. See what happens inside a microfactory of small machines and devices that use patented technology to turn waste products such as discarded computers, mobile phones and printers into new, valuable and reusable products.

A panel of researchers including Toby Walsh, Scientia Professor of Artificial Intelligence at UNSW; Ellen Broad, Head of Policy at the Open Data Institute, and Hae Won Park, research scientist in the Personal Robots Group at MIT Media Lab, will discuss the future of robotics in Good Robot /Bad Robot: Living with intelligent machines on Sunday, August 12. The panel will debate the rapid rise of robots, the way they will affect the future of business and society, and what it will mean if robots are our toys, our pets, our friends and our partners. 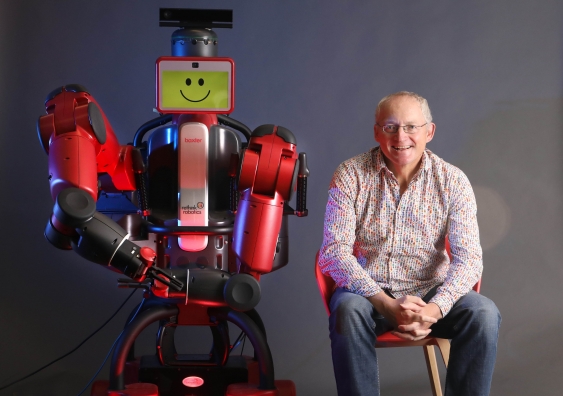 For details about UNSW-related events see UNSW Science or the UNSW Events website.

For details of all events see the Sydney Science Festival website.