Dan Falk, a celebrated science writer and radio documentary producer, will be UNSW’s fourth Ingenuity Fellow, a journalist-in-residence program offered by the Faculty of Engineering. 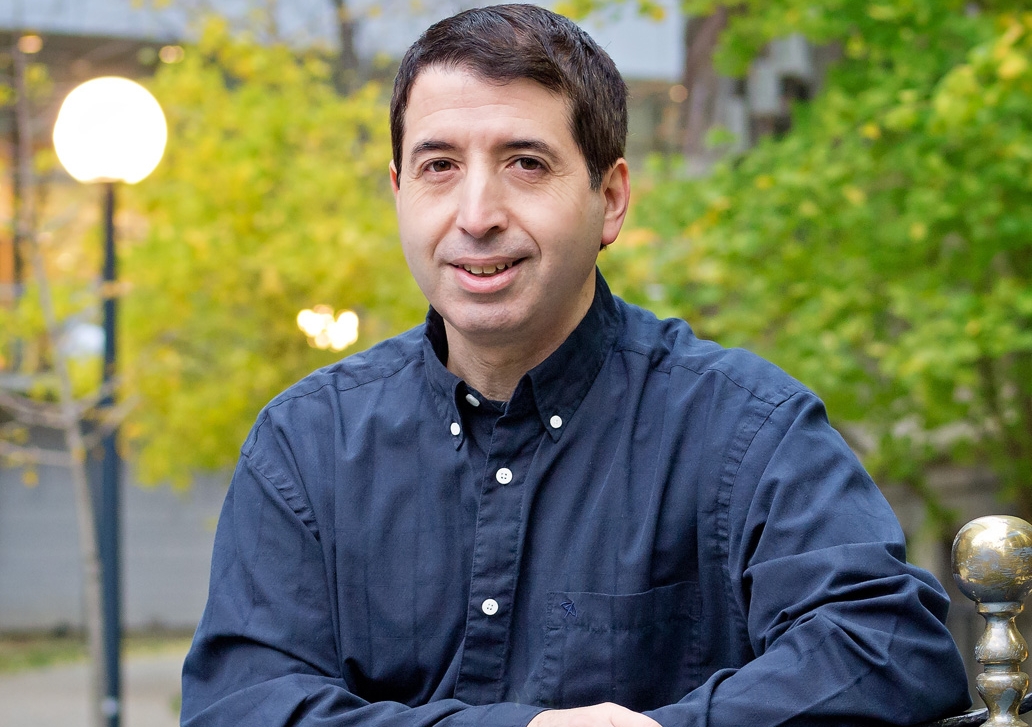 Dan Falk, a celebrated science writer and radio documentary producer who contributes to NBC News Digital and the Canadian Broadcasting Corp, will be UNSW’s fourth Ingenuity Fellow, a journalist-in-residence program offered by the Faculty of Engineering.

With a Bachelor of Science in physics and a Master of Arts in the history and philosophy of science, Falk is the winner of one gold and two silver medals for Radio Programming at the New York Festivals. He is the author three books, Universe on a T-Shirt: The Quest for the Theory of Everything, which won Canada’s Science in Society Journalism Award; In Search of Time: Journeys along a Curious Dimension; and his most recent, The Science of Shakespeare.

“I am truly delighted to be selected for this program, and very much looking forward to it,” said Falk. “It is a luxury for a science journalist to have the time and space to talk face-to-face to researchers at length, visit their labs and get insight not just into their work, but their passions and motivations – to understand them as well as their work.

“In an age when misinformation is plentiful – and where intentional disinformation not far behind – it has become vitally important to bridge the gap between scientific research and the public at large,” he added. “The need to communicate science is more urgent than ever before. As a writer, my goal has been to share the excitement of science – and highlight its value to society – by telling compelling stories about the people who make it happen and the ideas and discoveries they bring forth.” 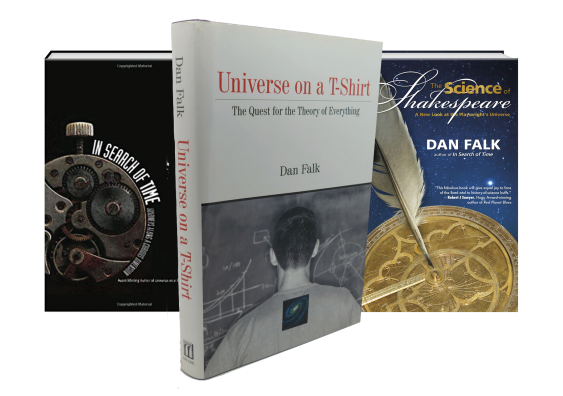 Dan Falk is the author three books, "Universe on a T-Shirt: The Quest for the Theory of Everything"; "In Search of Time: Journeys along a Curious Dimension"; and his most recent, "The Science of Shakespeare: A New Look at the Playwright's Universe". (Image: Carolina Camilo)

A resident of Toronto, Falk is a long-time contributor to the CBC Radio program Ideas – for which he has made 13 feature-length documentaries – and other CBC shows like Quirks & Quarks and Spark, as well as Radio Netherlands and ABC Radio National’s The Science Show and The Philosophers Zone.

His writing has featured in magazines such as Scientific American, New Scientist, Smithsonian and COSMOS; in newspapers such as The Globe and Mail, TheToronto Star, and The Boston Globe; and in online publications such as NBC News Digital, Slate, Nautilus, Quanta, Aeon and Undark.

UNSW’s Dean of Engineering, Professor Mark Hoffman, said the Ingenuity Fellowship – offered by the Faculty of Engineering to science and technology journalists outside Australia – is a way to showcase Australia’s best research to the world.

“With more than 800 researchers, and expertise across eight schools, 36 research centres and three institutes, UNSW Engineering is a powerhouse of innovation in Australia and the region,” he said. “We’re global leaders in solar cells, quantum computing, artificial intelligence and bioengineering, but this doesn’t always get noticed outside Australia. And we need it to, for if we are to have the greatest impact in the world at large, as a university and as engineers, we need to get our research out to the world.”

During his three-week stay on UNSW’s main Kensington campus in Sydney, Falk will focus on areas where UNSW is pre-eminent, such as energy, artificial intelligence, bioengineering, quantum computing, nanotechnology, robotics, microsatellites and space mining, as well explore the application of sustainable engineering in transport, water management and urban design.

“Engineering, and the applied sciences it depends on, is something I’ve been striving to explore more deeply,” he said. “I’m very interested in energy in the most general sense – and in the challenge of meeting the energy needs of a growing population while maintaining sustainable policies and practices.”

Falk also co-hosts BookLab, a podcast that reviews popular science books, and in 2012 completed the prestigious Knight Science Journalism Fellowship at the Massachusetts Institute of Technology in Boston.

After completing his fellowship, Falk – an avid photographer, especially of the night sky – plans to tour outback NSW to photograph starscapes and visit astronomical facilities. “There’s nowhere better to see the Milky Way in all its glory than from the dark skies of the southern hemisphere,” he said.

Falk begins his three-week visit to UNSW on Monday 22 October 2018.