Creativity and judgement key to lawyering with artificial intelligence

UNSW Law is leading research into how artificial intelligence is changing work for lawyers and how we all have access to justice. 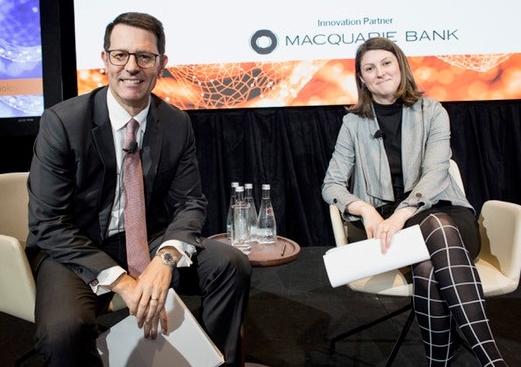 Good judgement and skills such as emotional intelligence, empathy, creativity and wisdom will become even more important to lawyering as the use of artificial intelligence increases, says UNSW Professor of Law Michael Legg.

The director of the Law Society of NSW Future of Law and Innovation in the Profession (FLIP) stream at UNSW Law discussed what an AI-enhanced lawyer looks like at the Law Society’s FLIP Conference in Sydney this month.

“Whatever the nature of their practice, it has been said that the most important skill of lawyering is sound judgement,” Professor Legg said.

“Sound judgement is about more than answering legal questions – it encapsulates the relational and contextual elements of being a ‘problem-solving’ lawyer.

“None of the AI technologies currently available have the capacity to completely replace lawyers, as each still requires the exercise of human judgement as part of the process.”

The report recognised that the legal profession is undergoing change at a pace never before experienced and in unforeseen ways, which has major ramifications for the legal profession, clients and society, particularly in relation to access to justice.

The lawyers took, on average, 92 minutes to review all five contracts, while the software took a mere 26 seconds.

“The lawyers took, on average, 92 minutes to review all five contracts, while the software took a mere 26 seconds.

“However, this begs the question of what does a client do once it has had the contracts reviewed.

“A lawyer is needed to decide what action follows from the output of the review.”

Dr Bell told the conference that different parts of the legal profession will be impacted in different ways by AI and that they could not be complacent about technology. Australia is seeing a rapid increase in law tech and legal tech providers, a number of whom were showcasing their products at the FLIP Conference.

“If they practice in wills and estates, it will be more relevant to know about the options for automated drafting.

“Knowledge of the underlying technology behind new innovations is important so that lawyers know how it works and can make sense of its outputs, and work effectively with software developers or data scientists to use it.”

Professor Legg said while legal roles will change, AI was “an opportunity rather than a threat to the legal profession”.

“AI offers a set of tools which allows lawyers to be more efficient and effective in their work,” he said.

“Just as technology has made many dangerous occupations safer, technology can minimise the less intellectually stimulating or fulfilling functions in legal practice.

“It can also reduce the cost of legal services and therefore promote access to justice.”

Each year the FLIP stream will undertake research into an annual topic that will then be disseminated through the academy, the profession and society.

This year the annual topic is Artificial Intelligence and the Legal Profession.