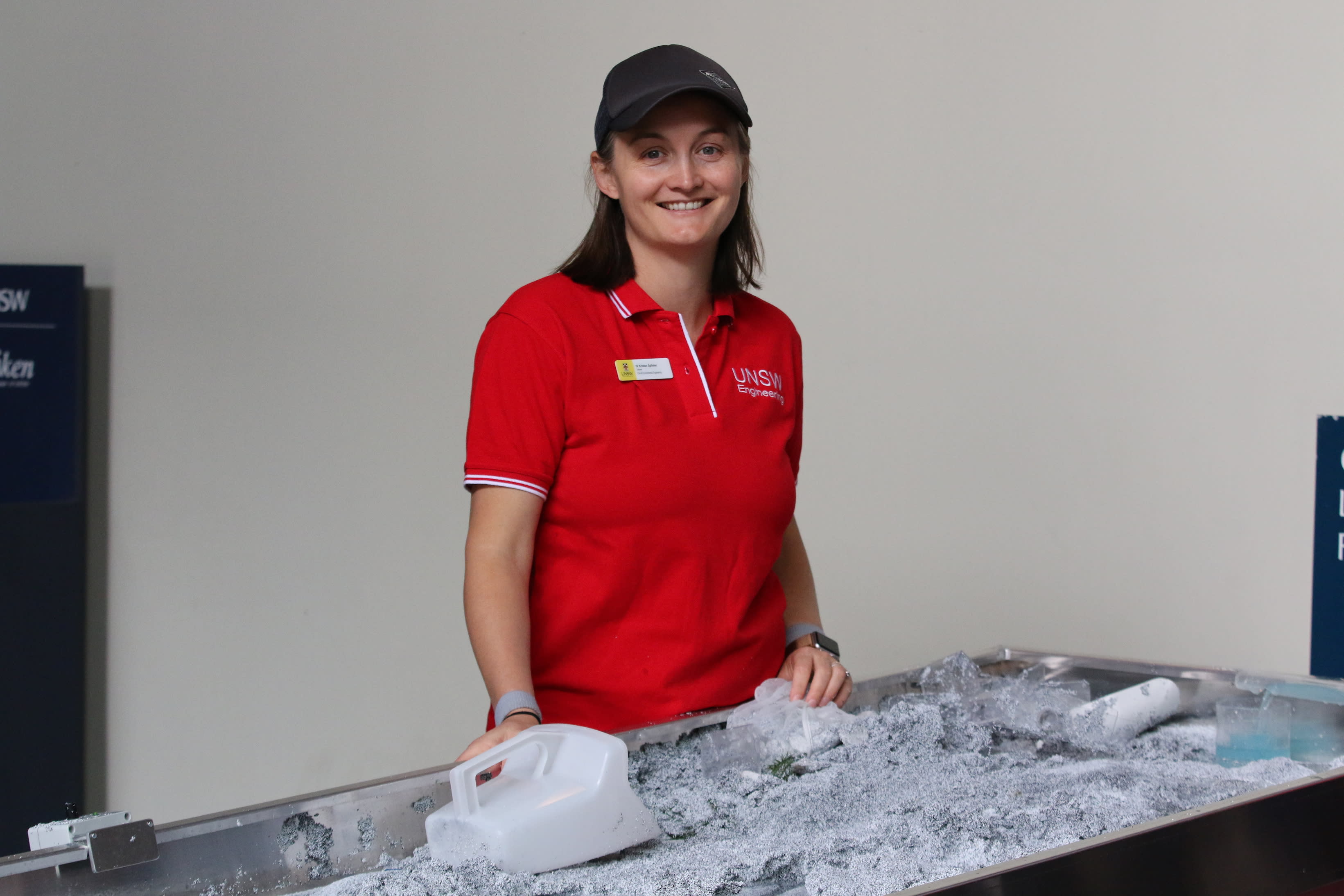 From the ‘maternal wall’ to the ‘boys’ club’ and beyond the glass ceiling, a group of geoscientists have taken the microscope to their backyard. The results are revealing.

A group of international female scientists – including UNSW Engineering’s Dr Kristen Splinter – has taken a close look at their profession and discovered the barriers to success, while also pinpointing the sometimes simple changes that can be made to attract more women into innovative industries and make the world a better place.

The researchers are part of the committee for the international network working for women in coastal geoscience and engineering (WICGE) – spanning Australia, New Zealand, Ireland, France, the United Kingdom, Mexico and Spain. They found that although women make up almost a third of the CGE community, they represent only about one in five of its prestige roles.

The researchers analysed the gender representation in the boards and committees of nine societies, 25 journals, and 10 conferences; additionally, they launched a global survey and obtained responses from 314 people.

Co-author Dr Kristen Splinter from UNSW Engineering said the gender gap in the field had been a problem for a long time, particularly when it came to attracting and retaining female talent.

“Because this is a historic issue, we have pipeline issues – in that we don’t have many women in senior roles partially because they dropped out at junior levels 10-20 years ago,” Dr Splinter said.

“This makes it challenging to find women winning career achievement awards and other prestige roles. WICGE is committed to advocating for more women to consider exciting careers in coastal geoscience and engineering, and to supporting and recognising them at early and mid-career stages. We also try and be inclusive in our events, opening them to all genders.

“If we are really going to effect change, we need everyone on board. We can’t have ‘boys clubs’ and ‘girls clubs’. We need champions for change from all genders.”

Lead and corresponding author Associate Professor Ana Vila-Concejo, who is co-leader of the University of Sydney’s Geocoastal Research Group and deputy director of the One Tree Island Research Station on Australia’s Great Barrier Reef, said the solutions and suggestions were relevant for women in science and more generally.

“Our findings are important not only for our field of research but also for other fields in science, technology, engineering and mathematics – and beyond,” she said.

“Reading the survey responses was harder than we had anticipated; I could not read all responses in one go as I was in tears.

“We found flagrant examples of inequality that included dramatic decisions such as an early career researcher deciding to undergo an abortion out of fear of jeopardising her chances of securing an academic position,” Associate Professor Vila-Concejo recalls.

Gender stereotyping was amongst the most common manifestation of inequality in CGE. Stereotyping of women in STEM as not being as competent (or being incompetent), and not being taken seriously, is a key theme.

The “boys club” – in the experience of one survey respondent: “During a job interview, the lead engineer (male) was explaining how they have the 'boys club' here at the office. They did offer me the job, but I didn't want to work in that type of environment.”

The “maternal wall” results from expectations that a woman’s job performance is affected by her having children.

Microaggressions and harassment - being overlooked and ignored in favour of male colleagues was a key issue. For example, one respondent noted: “Getting my first big grant and employing a male post doc - our project partners treated him as the boss”; while another recalled comments about looks, such as “comments on my ‘pretty face’ being an asset for attracting clients”.