UNSW alumna's message for the Senate: it's time to shake things up

Greens senator Mehreen Faruqi, a UNSW Engineering alumna and academic, is ready to give the Senate a reality check 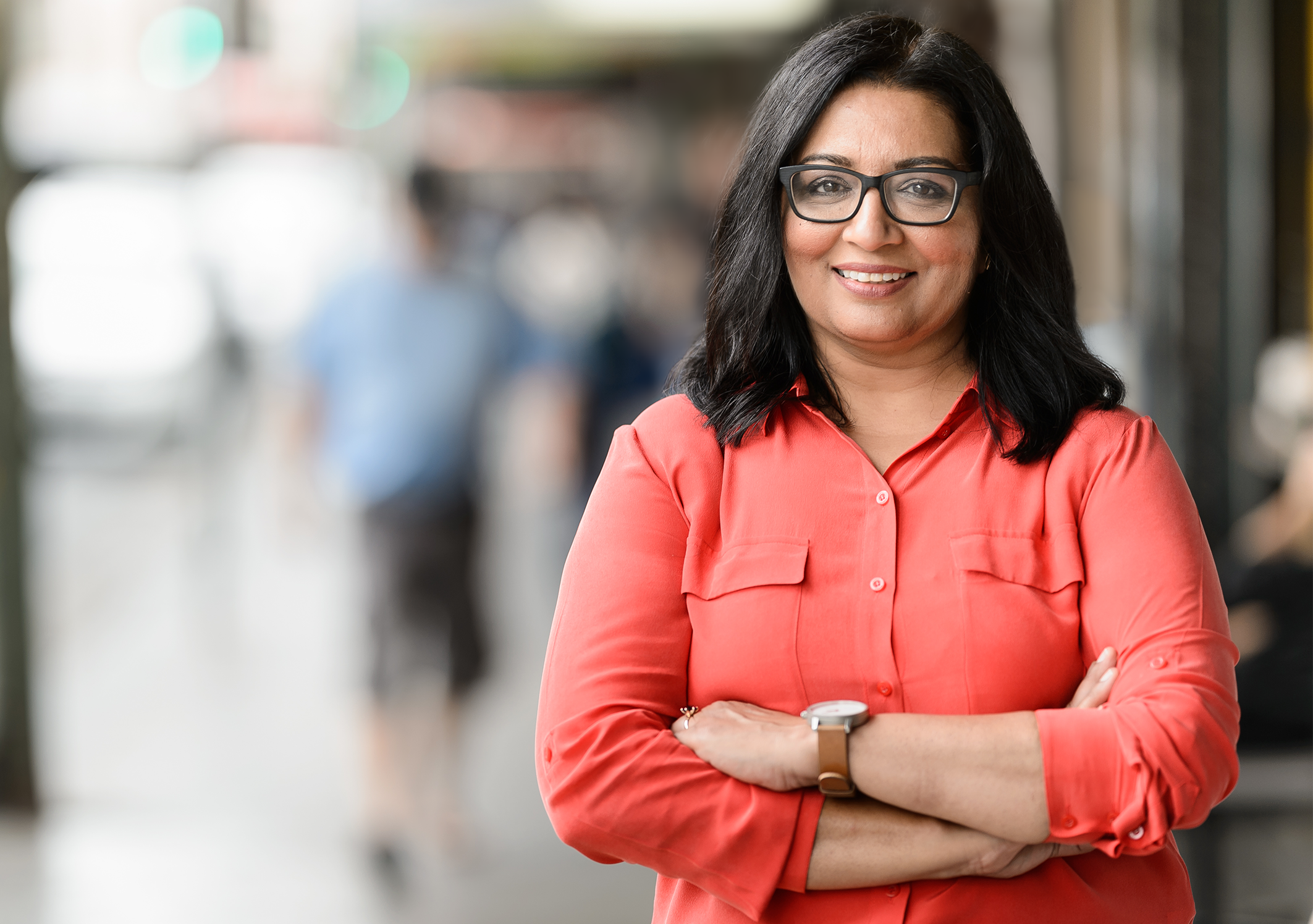 UNSW Engineering alumna and Business academic Mehreen Faruqi has vowed to stir up the Australian Senate where she was recently sworn in as a Senator for the Greens.

Senator Faruqi, who replaced fellow NSW Green Senator Lee Rhiannon, is the first Muslim to be a member of Federal Parliament’s upper house. And in 2011, Ms Faruqi was the first Muslim woman elected to any Australian parliament when she joined the NSW Legislative Council for the Greens.

“Even I was surprised to learn the fact of being the first Muslim woman to be elected to any Australian parliament. It’s taken a while!” Senator Faruqi says.

“The reality is our parliaments don’t reflect the diversity of people and views that exist in our streets and suburbs – whether its professional diversity, ethnic diversity or gender diversity. This must change. And if my being in the Senate helps change it in any way then it’s a good thing.”

Senator Faruqi’s entry into politics was, by her own admission, almost accidental and only joined the Greens in 2004 after relocating to Port Macquarie with her family. The 55-year-old laments the rise of the career politician and believes politicians’ CVs should reflect service and experience in the wider community.

“To be really honest, I have never considered politics a career. For me politics is about passion and public service,” Senator Faruqi says.

“I’ve had a wonderful career over two decades in engineering and environmental management in consulting firms, local government and academia…which really comes in handy in researching, analysing and making decisions on legislation.

“But even more importantly, having worked for more than two decades in many organisations before joining parliament means you bring varied life experience to debate and deliberation.

“Research tells us how important this is if we want to tackle wicked problems like growing inequality, Aboriginal injustice and climate change.”

Prior to politics, Senator Faruqi completed a degree in Engineering in 1988 at the University of Engineering and Technology in Lahore, Pakistan. After relocating to Sydney in the early 90s, she attained her PhD and Master's in Civil and Environmental Engineering at UNSW in 2000.

While engineering runs deep in Senator Faruqi’s family DNA – her father, older brothers, younger sister, husband and father-in-law have all taught or practised civil engineering – what drew a young Ms Faruqi down this path was the challenge to prove herself in a male-dominated world. She says while she did briefly toy with doing medicine for a while, her “feminism won out”.

“My father was a great supporter of equal education opportunities for both his sons and daughters,” Senator Faruqi says.

“Although I would love to say I was really passionate about engineering in high school, the reality is I was drawn to it because it was a heavily male-dominated profession in a patriarchal society and I wanted to prove that women could and should be allowed to do whatever men are doing.”

It was during her postgraduate studies in civil engineering at UNSW that her “dreams of teaching were realised”. At UNSW she became Director of the Institute of Environmental Studies, Director of the Master of Business and Technology Program and an Associate Professor at the Australian Graduate School of Management.

“I’ve loved every minute of research and teaching interdisciplinary postgraduate courses in environmental management and business and sustainability. I’m also very proud that so many of my students are working to address the complex environmental challenges that we face today.”

Senator Faruqi’s entry to the federal parliament has come at one of the most volatile and politically charged times in recent history. The week before she was sworn in, Katter Australia Party member Senator Fraser Anning called for a ban on Muslim immigration in his maiden speech to the upper house.

“It’s not the first time this kind of toxic, divisive act has happened,” Senator Faruqi says.

“We have seen attacks on migrants and refugees, the demonisation of Sudanese Australians and the consistent discrimination against our First Nations people. The existence of racism, sexism and other discrimination is not new. But what has changed is its legitimisation, normalisation and encouragement in the media and politics.”

Then only weeks after taking her seat in the Senate, Prime Minister Malcolm Turnbull was ousted in a bloodthirsty coup.

“In my first speech to the Australian Senate I said I’d be stirring up the place, but I wasn’t quite expecting what happened!” the Senator says.

“The dispatching of a Prime Minister by the Liberal Party was the worst of self-serving, selfish and inwardly focused politics that we’ve seen, and we have seen much of it from both major parties in the last 10 years.”

Senator Faruqi understands the despair and lack of trust felt towards politicians, but remains optimistic about her role as one. She sees her main goal as getting people to re-engage and “light that spark within communities”, where that spark is “the feeling that things can change”.