Newly appointed magistrate Louise Taylor wants her work to be an empathetic reflection of the communities she represents. 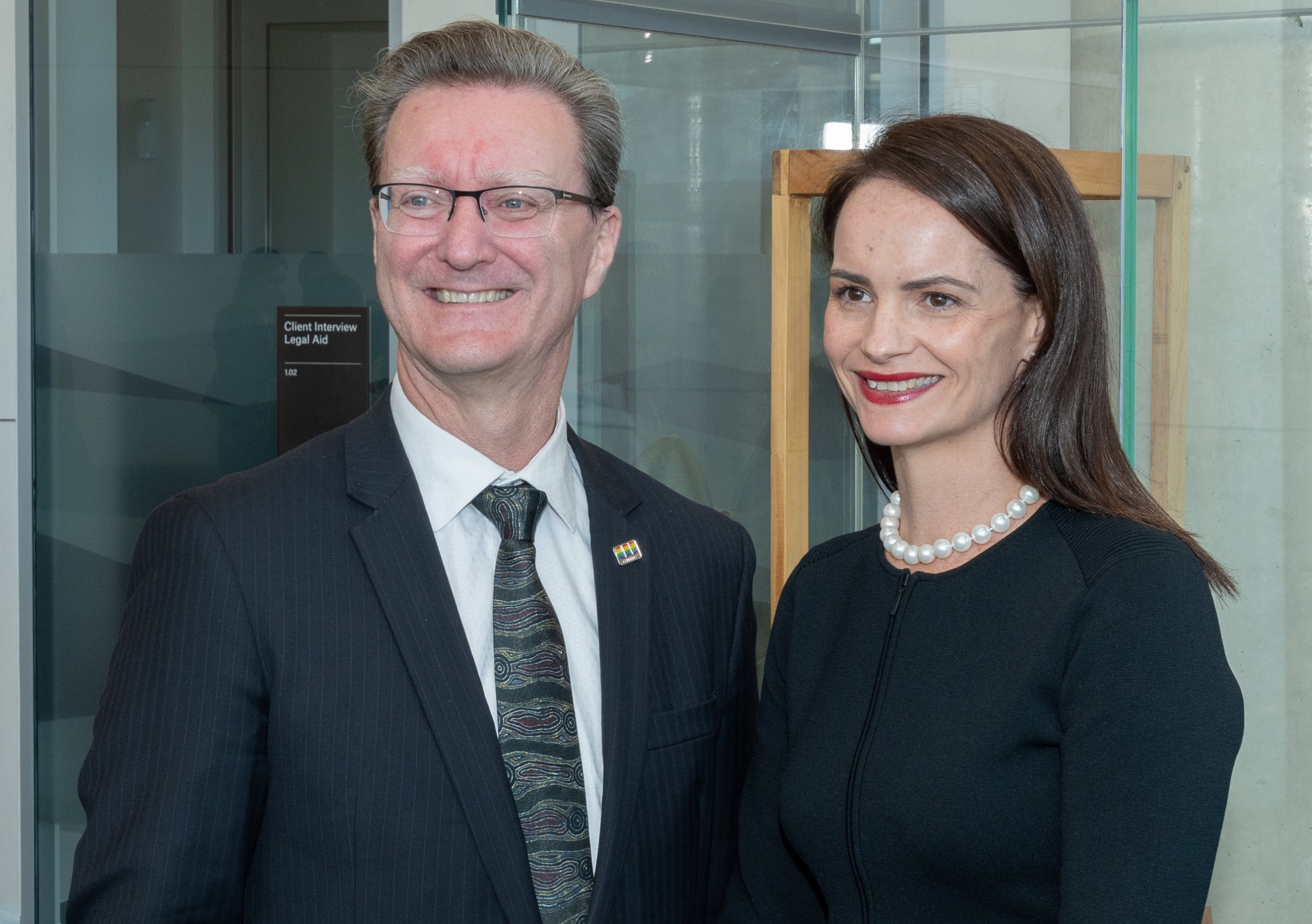 Criminal lawyer and UNSW Indigenous Law Centre associate Louise Taylor says she will bring empathy and commitment to hard work to her new role as an ACT magistrate and the Territory’s first Aboriginal judicial officer.

“I think one of the things that I've observed in effective judicial offices is that capacity for empathy in applying the law, and I say that from the perspective of both victims and witnesses to crime as well as perpetrators of it,” Magistrate Taylor told ABC Local Radio’s Speaking Out program earlier this month.

“Ultimately those people come to the criminal justice system seeking a remedy of some kind and I’m hopeful that my capacity for empathy is maintained throughout the time that I’m in this role.”

The magistrate was welcomed at a special ceremony in Canberra last week.

“Magistrate Taylor brings a wealth of criminal law procedural knowledge and experience in representing the most vulnerable members of our community in complex matters,” Mr Ramsay said.

“With over 15 years of experience in advocacy at the highest levels, including four years as the Deputy CEO of Legal Aid ACT and experience in the offices of both the Commonwealth and ACT Directors of Public Prosecutions, Magistrate Taylor is well equipped for this challenging role.”

The Kamilaroi woman told the ABC she has always advocated that the legal, health and education systems, as well as the public service, make space for other Aboriginal people in positions of power and influence.

“And I think [my saying] that ‘You can’t be what you can’t see’, is just as important for the non-Aboriginal community, in the sense of seeing Aboriginal people as leaders as capable of appointment to positions of power and influence.

“And in my mind, we need to see more of it. We should reflect the communities that we seek to represent and if I can be part of that, that’s fantastic.”

The magistrate spent a significant portion of her career as a former specialist family violence prosecutor at the Office of the ACT Director of Public Prosecutions under the auspices of the award-winning ACT Family Violence Intervention Program.

She has a particular interest in women’s issues especially in relation to family, domestic and sexual violence and is passionate about the importance of access to justice for women, particularly for Aboriginal and other marginalised women.

She told ABC Radio that it was “very problematic” that there is still a willingness to demonise and criminalise Aboriginal women before dealing with them as victims.

“We also have to get comfortable with listening to Aboriginal women and letting them be the drivers of their future and their own destiny,” she said.

“One of the challenges of the criminal justice’s response to family violence is I think at times it infantilises women as victims and assumes they are unable to chart their future moving forward, and I think that’s problematic.

“Unlike 15 years ago when I started doing this work, I’m much more open to listening to victims say what they want out of a particular intervention or what they want when they seek support.

“Because ultimately it’s them who have to go out and live their life, not the people operating in the system trying to assist them.”

The magistrate was raised in inner city Sydney but hails from the New England area of NSW.

She told the ABC that she chose law as a career as “a knowledge of the law and an understanding of how it operates and impacts rights and obligations, meant a capacity to speak to power from a position of knowledge and with a capacity to influence”.

“And to me that then reflected a capacity to impact social justice and equality and outcomes, in particular for Aboriginal people, but also for people who might need assistance navigating the law,” she said.

“They had the capacity to talk to power,” she said.

But her parents who were her biggest influencers.

“And their influence in relation to my moral compass and my ethical compass sat well with the law and being able to navigate the black and white and grey that exists in the law.”

The magistrate has a long list of achievements, including being a long time Convenor of the ACT Women’s Legal Centre Management Committee, a past member of the ACT Domestic Violence Prevention Council, and former Chair of the ACT Ministerial Advisory Council on Women.

She is a member of the Law Council of Australia’s Indigenous Legal Issues Committee and was the 2009 recipient of the ACT International Women’s Day Award.