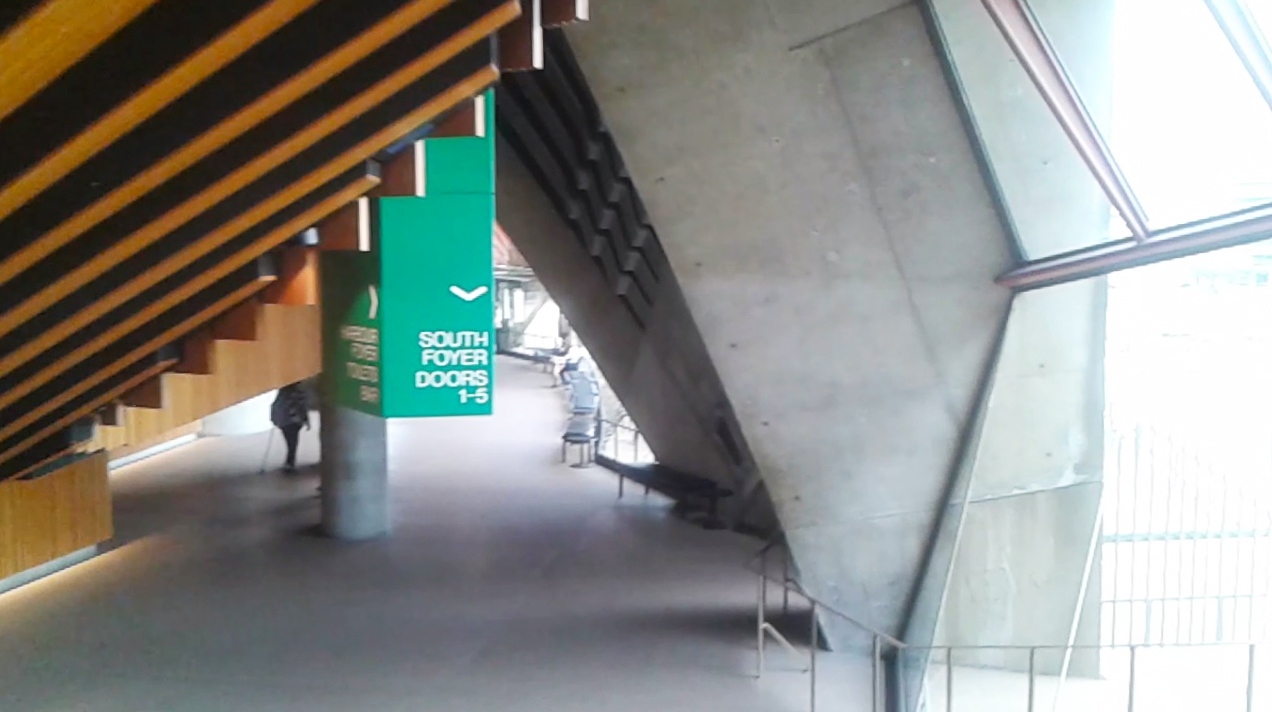 Ever had trouble finding your way around unfamiliar public buildings or spaces?

In office blocks, the lifts sometimes aren’t where you might expect, the floors are a rabbit warren and all tenancies can look the same.

Before being seated in an entertainment venue, you must locate the correct section, then door, albeit often with the help of an usher.

While hurrying through busy train stations or shopping malls, frustration can grow as you quickly try to scan signs for directions while pushing through throngs of people.

Imagine, then, the potential challenges for those with mental or developmental disabilities.

These factors and many more can be considerations for people who live with neurodiverse diagnoses such as Autism Spectrum Disorder, Bipolar, Depression, Anxiety, Borderline Personality Disorder and Dyslexia.

A UNSW Built Environment PhD student is hoping to change how built environments can be made more accessible for neurodiverse people.

Maximilienne Whitby is exploring the types of barriers faced by neurodiverse people, and how inclusive and accessible design – in future planning or retro-fits – could materially improve their experiences.

“My work is really about understanding what people with mental and developmental disabilities need from their buildings,” Whitby says.

“So, what would make a building hard for them to use or easier to use and, specifically, what particular things might get in the way of someone using a building in the way they want to.”

Whitby says neurodiversity as a whole is understanding that human existence is complicated.

She says it’s important her research looks not just at one, narrow diagnosis group but at a broader range of people with neurodiversity.

Therein lies some of the difficulty of her work.

How does one go about researching what might improve built-environment accessibility when so many variables – relating to both the spaces and users - are in play?

“Understanding how anyone uses any public space is really difficult because there’s a lot going on. Things like, how big is the space, how many other people are doing things in there, how grumpy you are already, if you’re hungry,” she says.

“It’s about what’s going on with one person and all the other people around them and the space itself - for example, how old the building is or how well maintained the space is.

“A lot of built environments are designed with particular intentions or goals, and depending on what we’re evaluating, we don’t always have a great way of measuring whether it does what we thought it would do.”

One of Whitby’s aims is to work towards creating a “starter kit” of information for designers, building on already-known detail about scenarios such as sensory overload that can be experienced by people with autism.

“We know some information about how people with Autism Spectrum Disorder interact with noise and what that means for acoustics in a building,” Whitby says.

Whitby is passionate about trying to make a difference.

“The more you can reduce barriers to people having access to stuff that will help them have rich and complex lives, even if they are having a terrible time or a terrible day, (the better),” she says.

“Then they can still find a way to get to a library and access some stories, or do things that used to bring them a lot of joy, like going to a concert, but that have been harder to do for various reasons.

“We want everyone, not just people with disabilities, to have the toolkit to be able to thrive. Part of that toolkit is that buildings need to be doing particular things and the people who design them need to be able to understand how to facilitate those things in a building.

“Much like we don’t want a building to fall on someone’s head because of structural issues, I personally believe that we have a duty of care to make sure that buildings don’t make hard situations worse for people.”

Whitby says there’s a certain level of urgency in arriving at outcomes, so designers, in turn, can begin to understand how to improve environments for neurodiverse people.

At the same time, she acknowledges her research could well be a lifetime’s work.

“It’s going to take a very long time to have a very full picture,” she says.

“But the reality is that people with neurodiverse diagnoses have a lot of stuff going on.

“So just figuring out how to design for that one kind of symptom in one kind of building, say a school or home, doesn’t mean you’ve got everything solved, it just means you’ve got a starting point.

“Hopefully in the next 5-10 years we’ll have something more solidly fleshed out.”

The Postgraduate Research program at UNSW Built Environment provides the opportunity to shape the cities of the future and to improve the lives of people who live and work in them. Find out more about the program here.