Scientists have developed a revolutionary way to determine if animals are being illegally trafficked. 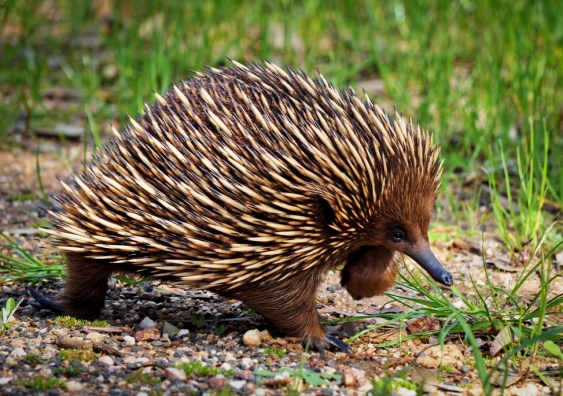 UNSW Sydney scientists - in collaboration with Taronga Conservation Society Australia, UTS (University of Technology Sydney) and ANSTO (Australia’s Nuclear Science and Technology Organisation) - have developed a revolutionary way to determine if a confiscated animal is being illegally trafficked by checking chemical markers present in keratin such as quills, feathers and hair.

Valued up to US$23 billion annually, the illegal wildlife trade is the fourth-largest criminal market worldwide, and while legal trading of captive-bred or farmed animals is legal, many animals are illegally caught in the wild and passed off by traders as legal - knowing that the provenance cannot be verified.

Based on the science behind the UNSW and ANSTO Feather Map Project, this new technique developed between the institutions and published in Scientific Reports this month, identifies chemical markers in keratin that establishes with more than 96% accuracy whether the animal has been eating a natural, wild diet or a captive diet. Consequently, it’s now possible to identify whether an animal is captive-bred or wild, with future research looking at identifying where in the world an animal has come from.

Dr Kate Brandis from UNSW Science is lead author on the paper and founded the Australian Feather Map. She said that the challenge now was how best to put this science in the hands of law enforcement.

"Analysis of quill, feather and scale samples from a range of animals needs to be done if we’re really going to make the most of this discovery," said Dr Brandis.

"The next step is development of portable handheld devices based upon this science that gives an immediate snapshot of whether an animals has been taken from the wild or raised in captivity."

Ongoing research is considering how best to put this science in the hands of wildlife conservation field workers and customs agents.

"For wildlife conservationists, it’s been immensely frustrating knowing that animals are being caught in the wild and passed off as captive-bred with forged paperwork, but with no way to prove it," said Dr Meagher.

"Even with all the expertise at Taronga Zoo Sydney, only nine Echidnas have been born here - of which five survived infancy. Australian wildlife is notoriously difficult to breed, so we know that it’s unlikely any private organisation has perfected captive breeding techniques.

"At Taronga, we only thought of a multidisciplinary approach to crack the code in keratin once we began collaborating at the new Taronga Institute of Science and Learning laboratories," she explained.