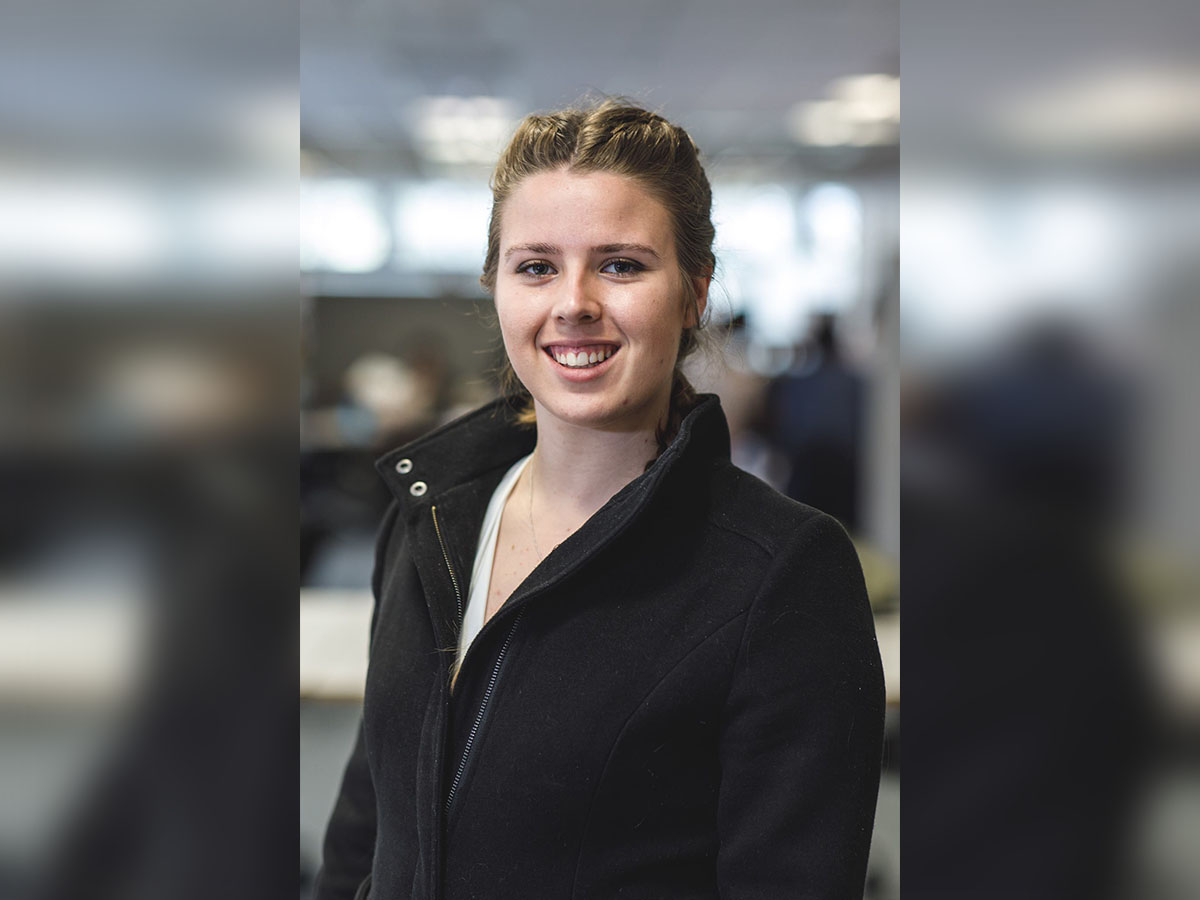 For Lauren Wood, studying at UNSW meant moving 500 kilometres away from her home town of 1,400 people to a city with more than 4 million - but already at 18 years old, Lauren was well accustomed to making sacrifices for her education.

An ambitious child, she made the decision at an early age to move from her local school on the Mid North Coast and travel 50 kilometres daily to attend a school that would give her a better shot at university.

“My parents are from Dutch and South African backgrounds, so the value of the outdoors and of hard work was instilled from an early age,” she says.

“At school I developed a love for sports and exercise, and was pushed to be ambitious and enthusiastic in all I did.”

Lauren’s hard work paid off. Following the HSC, she was offered a scholarship at UNSW to study a Bachelor of Interior Architecture. She accepted the place but in her first year transferred to a Bachelor of Industrial Design, finding the degree was better suited to her love of problem solving and her desire to create things.

Unsurprisingly, Lauren’s choice of university was made early and decisively.

“At the age of 10, I had the opportunity to come to UNSW for a Scientia Program, which cemented my personal goal of one day graduating from the University,” she says.

However, it took a little longer to determine which degree she wanted to pursue. Lauren says that her early career choices ranged from construction to hosting the TV program Getaway before she eventually settled on the Faculty of Built Environment.

Today, she is certain that she has found her calling.

“Industrial design gives a unique perspective, not just on design and products themselves, but also on the way the user interacts with all that is around them,” she says.

"I have learnt far more than I ever expected and feel like I could give valuable insight to many teams on how to better engage users through design.”

By no means has Lauren limited her university experience to the classroom and lecture hall, however.

On joining the UNSW community, Lauren set herself the goal of picking up one new extra-curricular activity each year – but says that she has since struggled to stop at just one.

“I am involved in UNSW Rugby and Touch Football clubs, have been a peer mentor for three years, Built Environment Peer Mentoring Co-Ordinator last year and Vice President of the Built Environment Student Association this year,” she says.

“I have enjoyed all of these experiences, which unfortunately makes them near impossible to give up.”

Lauren also competed in the intervarsity Unigames challenge for four years running, an experience she describes as, “the ultimate clash between meeting new people, competitive sports and university life”.

While the coursework component of her degree has helped her to develop a strong team-working skillset and confidence in situations such as university presentations and job interviews, Lauren says it was her extracurricular activities that impacted her life and sense of identity the most.

“Ultimately, there are more differences than similarities between my 18 -and 23-year-old self.”

The path to this newfound place of confidence in herself has not always been easy. Lauren says that in the early stages of her degree she struggled with chronic illness brought about by the challenges of adjusting to university life.

“I am someone who does not outwardly stress but gets physically ill,” she says.

“I had tonsillitis seven times in 10 months in my first year, which was obviously a huge setback. I found it best to be fully transparent with both doctors and lecturers on how this affected me and my studies because, even when I was feeling good, the medication was affecting my brain activity.”

Lauren adjusted her course of study and was subsequently able to overcome her illness.

If she could, she would go back and tell this 18-year-old version of herself, “Do what you love with your time, not what you think is best for you – because you’re more likely to perform better in what you are passionate about.”

When Lauren graduates with Honours at the end of this year, she intends to follow that same advice and take some time off work to travel – something which her ambitious academic schedule has not yet allowed.

On her return, she hopes to find employment in the area of visual merchandising and project management.

“I have done internships with MiniEpi, PencilCoLAb and AMP, so I have confidence that I'm ready for the workplace,” she says.

“With luck, it will be ready for me!”

The Bachelor of Industrial Design (Honours) at UNSW Built Environment teaches students to design for people, meet the challenges of a changing world. Find out more about the degree.