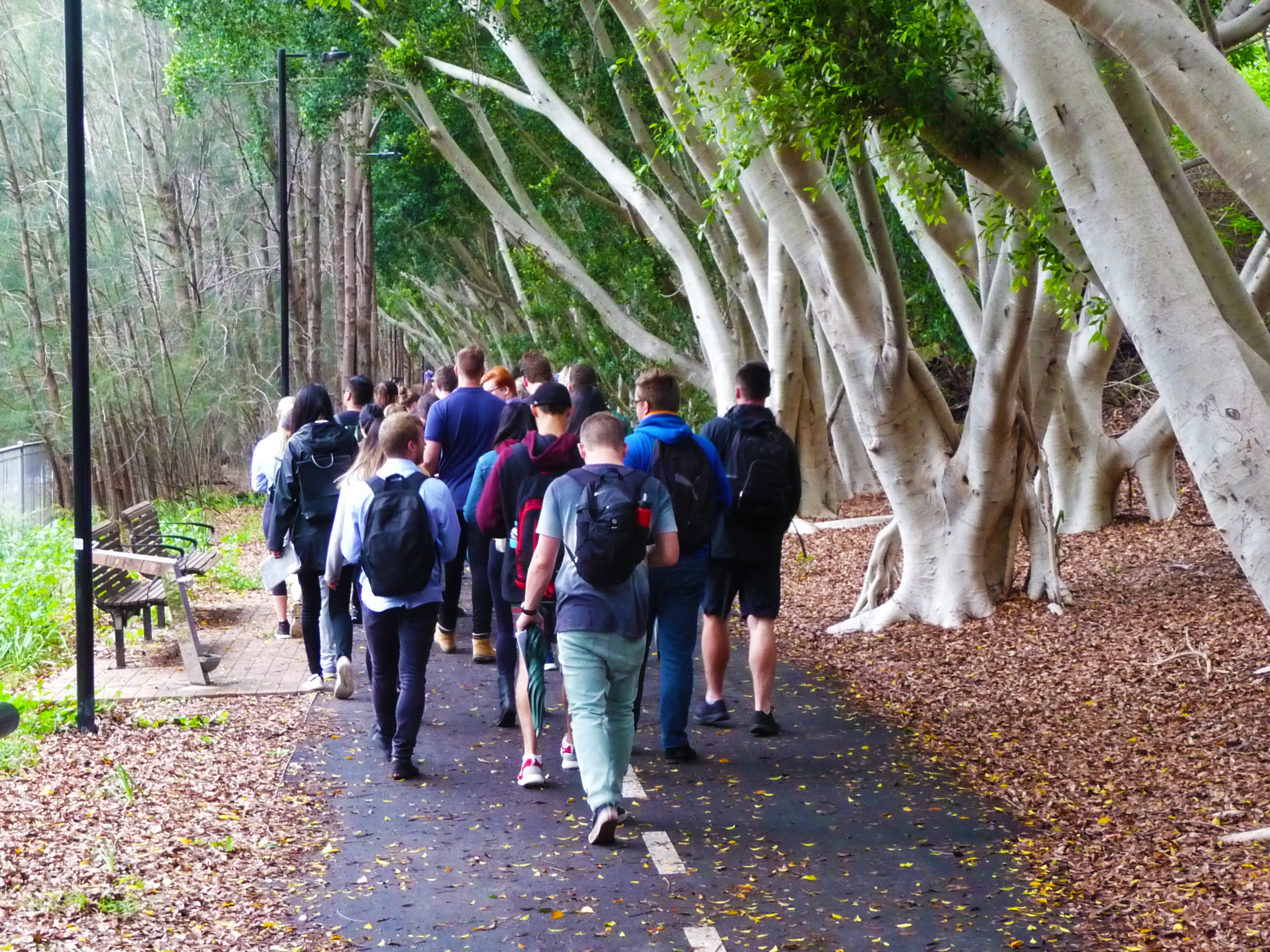 An upcoming art exhibition will feature the work of UNSW students who have been studying potential improvements to a Sydney green corridor.

Students from the UNSW Built Environment and Medicine have spent the past year looking at how aspects of the GreenWay could be improved.

During several field trips, they have examined how they could suggest solutions to planning facets such as “walkability” and safety.

The Greenway is a 5.8km multi-purpose corridor in the inner west featuring a network of cycleways, footpaths, cafes, parks, playgrounds and bush care sites.

It connects the Parramatta River at Iron Cove Bay (at Leichhardt/Lilyfield) to the Cooks River (at Earlwood), following the route of Sydney’s light rail between Rozelle to the north and Dulwich Hill to the south.

The multi-million-dollar green infrastructure project has been some 20 years in the planning and development. The shared pathway components are due to be completed within four years.

Communities in neighbourhoods along the GreenWay have been instrumental in its development, along with planners from the local councils with remit for the corridor – Inner West and Canterbury-Bankstown.

Under the tutelage of Susan Thompson, Professor of Planning in the Built Environment Faculty and Head of the City Wellbeing Program, and GreenWay Place Manager, Nick Chapman, UNSW students have been involved for five years in studying the GreenWay.

Students listen to GreenWay Place Manager Nick Chapman while on a field trip to the GreenWay. Photo: Professor Susan Thompson.

This year, 45 students from Built Environment and Medicine worked together to study how the GreenWay might be made more inclusive, safe, healthy and walkable.

The students are from undergraduate degrees in architecture, planning and landscape architecture (BE), and exercise physiology (Medicine).

Nine light-rail stations are along the route, and each interdisciplinary group of four to five students is researching the area around one station.

“Each group looks at a light rail station in terms of how well it’s connected with the local communities – so, is it easy for people to walk there, what are the benefits of it?” Professor Thompson says.

“They have a series of tasks which have an educative aspect, but they also come up with different suggestions for how each of those stations can be improved.

“I encourage them to do blue-sky thinking. It’s a creative exercise.”

It seems their suggestions are being heard by GreenWay planners.

“Certainly, as we’ve been doing this project, there have been improvements to the GreenWay,” she says.

“That may have been part of the councils’ plans to do that anyway.

“But it’s possible the students’ recommendations have reinforced the message that certain measures really had to be done.”

Every year, each student group summarises their course work into posters which are presented to GreenWay staff and included in the GreenWay Art Exhibition.

The posters are displayed alongside the paintings, drawings, photographs and sculptures that feature in the exhibition, now in its ninth year.

The work by the interdisciplinary student groups is just one of the ways UNSW Built Environment is contributing to the GreenWay.

“The students of the UNSW Landscape Master studio: Constructed Ecologies 2018 have explored the areas of transformation of the GreenWay, through an urban landscape design approach,” Dr Palazzo says.

“In particular, the analysis of the transit corridor and the existing green/blue infrastructures have produced a discussion on sustainable transport and water sensitive cities to valorise urban space quality, generate equitable development and improve livability.”

And UNSW City Futures researchers have developed the GreenWay Dashboard for planners, to record active travel data, such as jogging or cycling, along the corridor.

The GreenWay Art Prize Exhibition opens on 8 November at Leichhardt before moving on to Dulwich Hill and Bankstown.