UNSW Engineering's annual Ada Lovelace Medal has been awarded to Judy Raper, a chemical engineer with expertise in air and water pollution control. 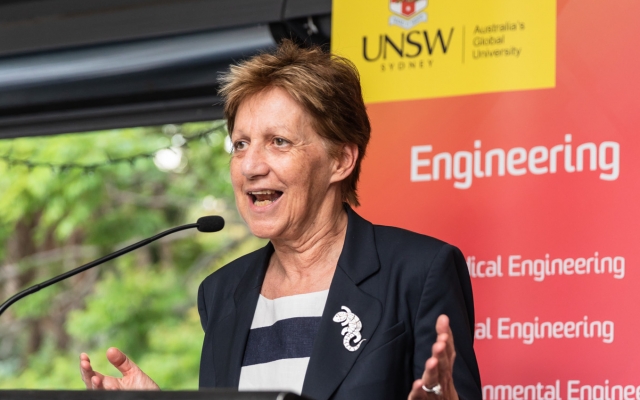 UNSW Engineering's annual Ada Lovelace Medal has been awarded to Judy Raper, a chemical engineer with expertise in air and water pollution control.

Judy Raper, a chemical engineer with expertise in air and water pollution control and a former senior official in the U.S. National Science Foundation, has won the Ada Lovelace Medal for Outstanding Woman Engineer, a national award given annually by UNSW’s Faculty of Engineering.

Professor Raper, Deputy Vice-Chancellor (Research and Innovation) at the University of Wollongong, collected the medal at a ceremony at the Botanic Gardens Restaurant in Sydney.

With a storied career in education and management at the universities of Newcastle, Sydney and UNSW – where she where she helped revolutionise undergraduate engineering programs – as well as the Missouri University of Science and Technology, she’s also a former director of chemical, bioengineering, environmental and transport systems at the National Science Foundation in Washington, and worked at the UK’s Atomic Energy Research Establishment.

Raper is the third winner of the Ada Lovelace Medal, a national award recognising the contribution women have made to the profession and to wider Australian society, given annually by UNSW’s Faculty of Engineering. Mary O’Kane – former NSW Chief Scientist & Engineer, and now Chair of NSW's Planning Assessment Commission – was the first recipient in 2016.

She was followed by Kathryn Fagg, ex-Reserve Bank board member who is now chairman of building materials group Boral, who received the award in 2017.

“I’ve received more comment and feedback about the Ada Lovelace Medal than any other award,” Fagg told the audience in the picturesque open-air venue surrounded by leafy wisteria-draped verandas. “And I can understand why. It’s important to recognise and celebrate the contributions women make to the profession, and to encourage more women to join and make a difference.”

Professor Mark Hoffman, UNSW’s Dean of Engineering, acknowledged Raper as an outstanding member of the profession, saying: “Judy is a chemical engineer who’s built an impressive career in traditionally male-dominated arenas over the past of 40 years.  She’s an inspiration to us all, but especially young women. She shows that engineering is a discipline that can take you anywhere.”

Raper was one of three women recognised at the annual UNSW Women in Engineering Awards, held on Thursday night. The two other awards were for UNSW alumni: the Judy Raper Award for Leadership, won by Marika Calfas, the Chief Executive of NSW Ports; and the Maria Skyllas-Kazacos Young Professional Award For Outstanding Achievement, won by Alexandra Boulgakov, a senior electronic design engineer at Tesla.

The awards are part of a concerted effort by UNSW’s Faculty of Engineering, by far the nation’s largest, to attract more women to the profession.

Since 2013, the faculty has boosted the number of women starting first-year engineering at UNSW by 78 per cent, and more than quadrupled the number of girls attending its annual Women in Engineering Summer Camp – in which bright young women in Years 11 and 12 come to UNSW from around Australia for a week – to more than 100. 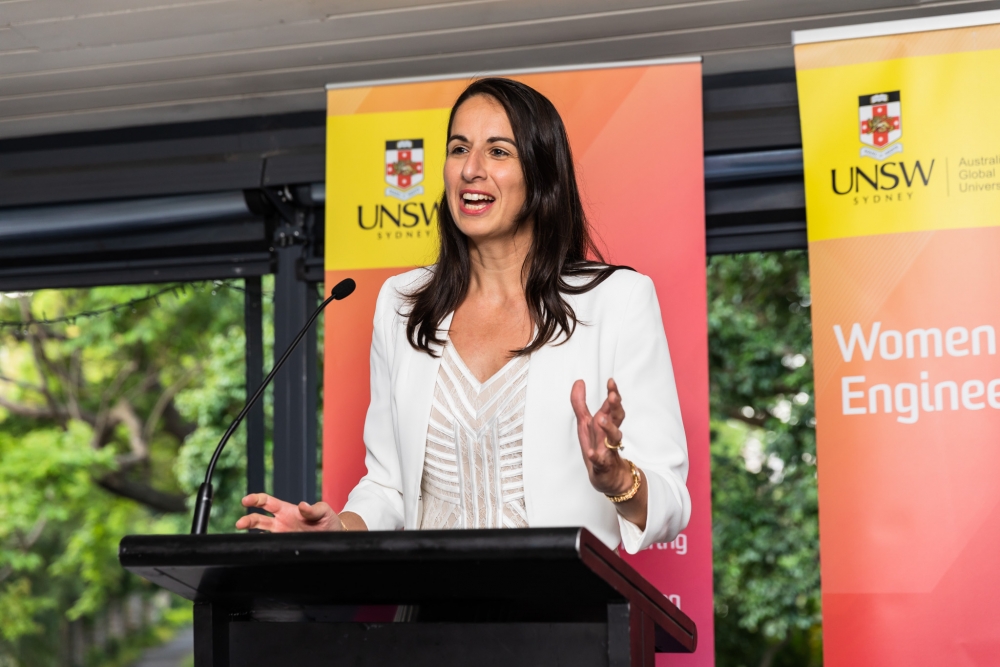 In addition, the faculty has offered almost 60 Women in Engineering scholarships since 2013, funded by the university and 20 companies and four benefactors, together valued at over $2 million.

Hoffman, who became Dean of Engineering in 2015, has set a goal to raise female representation among students, staff and researchers to 30 per cent by 2020. In this year’s intake, 27 per cent of undergraduate engineering students were female (versus the Australian average of 17 per cent), which is up from 21 per cent in 2015. In industry, only about 13 per cent of engineers are female, a ratio that has been growing slowly for decades.

The Ada Lovelace Medal is named for Augusta Ada Byron, later Countess Ada Lovelace, an English mathematician who worked on Charles Babbage’s revolutionary mechanical general-purpose computer, the Analytical Engine. Her remarkable notes on the engine in the 1840s include what is recognised today as the first computer algorithm, making her the world’s first computer programmer. Her story reminds us that women have been in engineering for a long time, and making vital contributions.