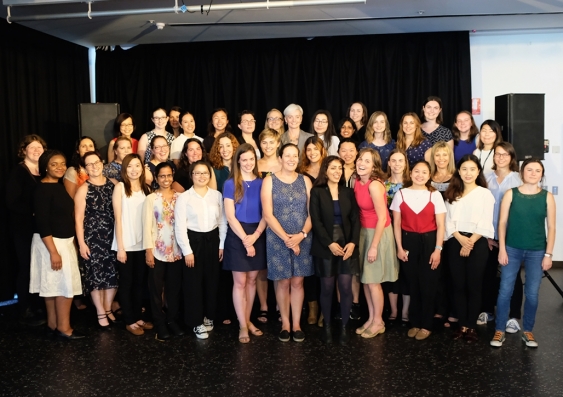 UNSW Science has launched its new Women in Maths & Science Champions Program – an initiative designed to give women the skills and confidence to build their public profile, make a positive impact to the broader science community and establish a connected network of women in maths and science. The inaugural cohort of 30 female PhD students commenced in August this year, and the second cohort of 19 early-career researchers was formally announced yesterday.

Professor Emma Johnston AO, Dean of Science, welcomed the two cohorts to the launch. She said the program aimed to be holistic in its approach of building the skills and the profile that someone might need to be able to engage enthusiastically as a science, technology, engineering, maths and medicine (STEMM) professional.

An example for the next generation

“One of the reasons we're running this program is that there's a recognised discrepancy between the number of male and female people engaging in Australia – and indeed around the world – in STEMM professions,” Professor Johnston said.

“It's not a simple thing to understand but one of the key reasons why young girls are not engaging with STEMM is because they feel like they cannot envisage themselves in those roles.

“If there is any part of the problem that's relatively easy to fix, it’s the one of profiling the women who are already engaging in STEMM and making sure they have an equal – if not better – chance of being seen by that next cohort, by that next generation.” 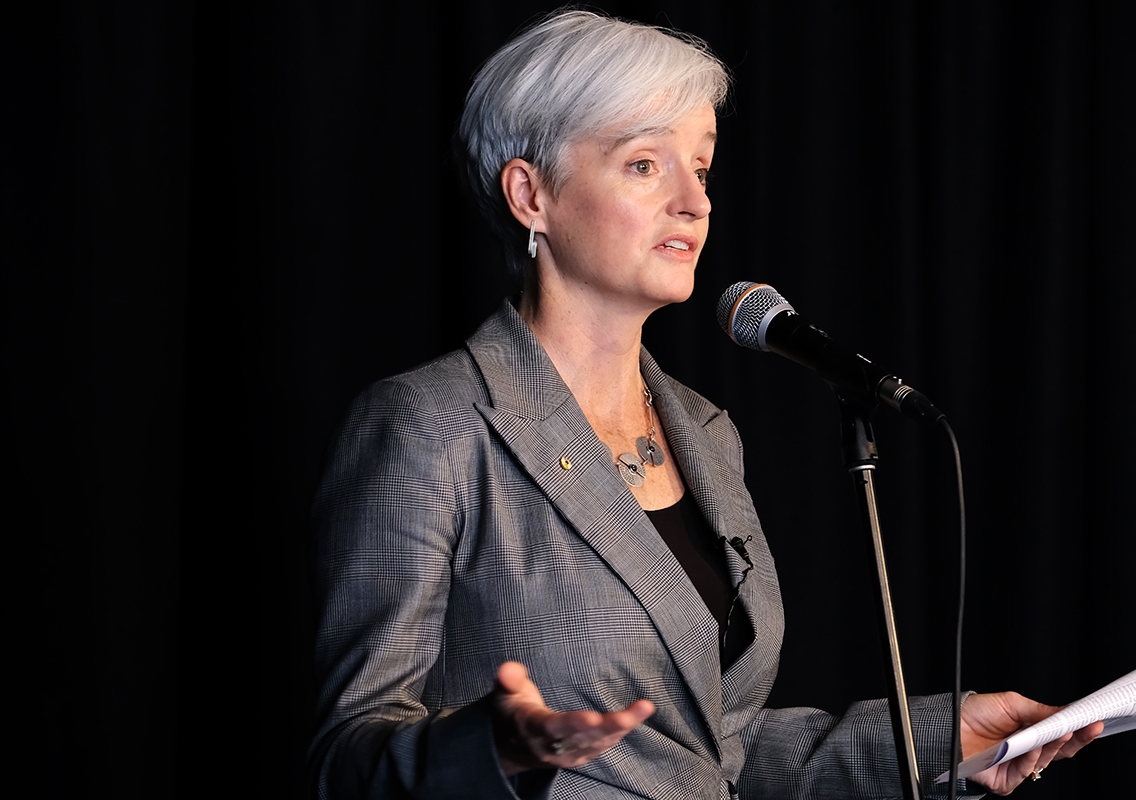 Women then apply program learnings through their role as a maths and science champion: over the 12 months, the champions complete at least 20 hours of outreach activities as part of a community of ambassadors who will influence and inspire women to pursue a career in maths and science.

The outreach activities are varied and dependant on each participant – ranging from rural outreach in NSW visiting schools and conducting science demonstrations, to serving as panel members at conferences and creating content for social media.

At the end of the program, PhD champions have the chance to apply everything they’ve learned to the Postgraduate Research Competition – participating is a requirement for program completion.

Reaching out to women and children

Rose O'Dea, a member of the first champions cohort, is a PhD candidate at the School of Biological, Earth and Environmental Sciences. She recently published a landmark study of academic grades of 1.6 million students, showing that girls and boys perform very similarly in STEM – including at the top of the class. She said the program was a great opportunity to get to know more female leaders in STEMM.

“The higher up you go in terms of leadership the fewer women you find – in my short career I've mostly been mentored by men and so the opportunity to network with other women and leaders in the field is what really appealed to me.

“I’m excited about the opportunity to maybe work with school children as well. I hope to inspire some girls so they see not all scientists are older men in lab coats, that science is quite diverse and means different things depending on who you are.”

Michaela Hall, another member of the cohort and PhD student at the School of Mathematics and Statistics, also emphasised the importance of role models: “I grew up in a rural area and didn't have that many female role models in maths and stats, so I saw the program as a good opportunity to get back out into those areas where perhaps there's a lot more underrepresentation for women.

“The highlight so far has been meeting the other cohort and the other girls in the group – there are so many women with diverse backgrounds and experiences it's been a real pleasure getting to know everyone.”

The power of role models

Dr Mariana Mayer Pinto is an early-career researcher at the School of Biological, Earth and Environmental Sciences, where she mainly works with marine ecologists. She is originally from Brazil and said that being a woman from a developing country meant she knew the struggles that lack of a role models can create.

“You can't be what you can't see! I was actually lucky to have both of my parents always supporting me, but I know lots of people don't have that, so I would like to provide that to people that don't have the same opportunity. Having a son myself, I want to be a role model not only for him, but ensure that he will be a role model as well.

“I always have the hope that I can change the world bit by bit, and if one little girl says she now thinks she can become a scientist because I talked to them, that'd be awesome, that would make everything worth it.”

More information about the program is available on UNSW Science’s website.