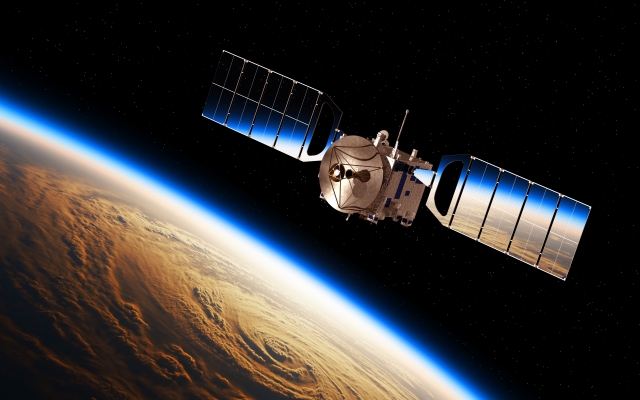 Solar cells used in space are achieving higher efficiencies than those used at ground level, and now there are ways to have them working on Earth without breaking the bank.

The very first solar cells in operation as a power source coincided with the beginnings of the Space Race between Cold War rivals Russia and the USA when the latter launched the satellite Vanguard 1 in 1958. 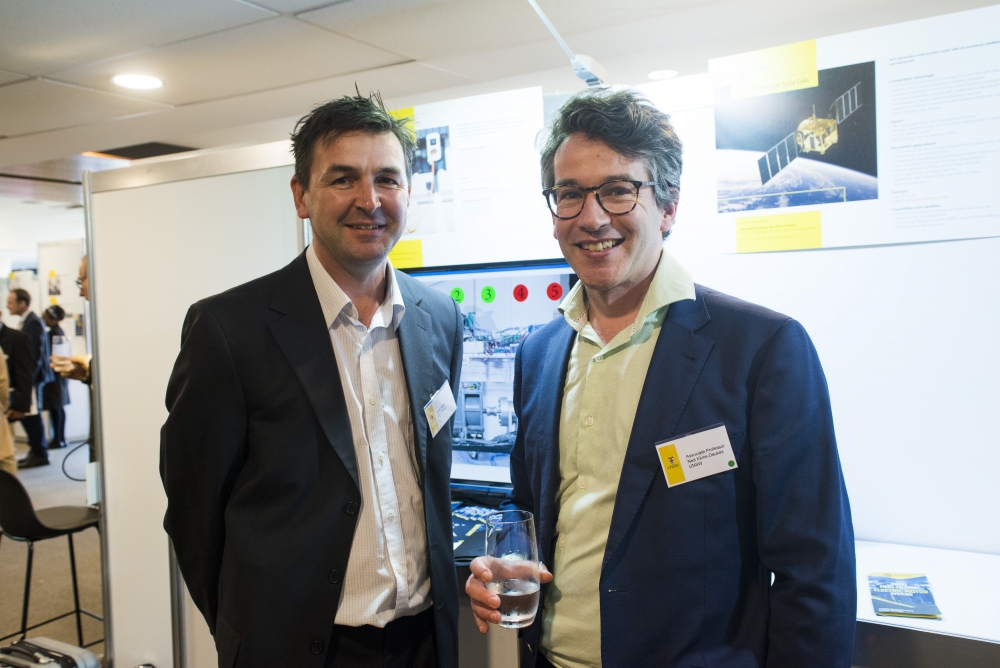 Since then, solar cells have made their way back to Earth where they have been put to more peaceful uses to become the planet’s cheapest and cleanest power source.

UNSW School of Solar Photovoltaic Renewable Energy Engineering (SPREE) researchers are no strangers to setting new records for solar cell efficiency levels, but SPREE  has made it his mission to boldly go where few researchers have – to achieve efficiency records both in space and here on Earth.

“State of the art space solar cells are about 33 per cent efficient at the moment, while the terrestrial record is 45 per cent – set by The Fraunhofer Institute solar energy systems in Germany,” A/Professor Ekins-Daukes says.

“We have an ambition to get over 50 per cent on the terrestrial systems using solar concentrator cells.”

While space solar cells outperform their terrestrial counterparts, achieving average efficiencies of more than 30 per cent in orbit when compared with 20 per cent on Terra firma, the costs to make and install them on spacecraft are, as A/Professor Ekins-Daukes puts it, “eye-wateringly expensive”, coming in around $30,000 per square metre.

Contrast this with the latest silicon solar cells that achieve around 20 per cent efficiency at around $50 per square metre and you see immediately the technologies are worlds apart where price is concerned.

But by using mirrors and lenses to intensify and concentrate the light energy towards solar cells, one can get around the prohibitive costs by using fewer and smaller cells – also known as solar concentrator cells.

“If you were to ask me if we could use these highly efficient solar cells on spacecraft on Earth, well the cost is so high that you'd never cover a significant area,” A/Professor Ekins-Daukes says.

“But it turns out the best way to use them is to have a relatively small number of cells and then use mirrors and lenses to direct light onto them.”

“Obviously this type of system you wouldn’t be putting on your roof, but you can certainly make the argument that you could put mirrors with a small number of cells in the desert rather than carpeting the landscape with lots and lots of conventional solar panels.”

So the space industry pushes the need for higher efficiency solar cells, naturally.

A/Professor Ekins-Daukes’ work on space cells is sponsored by the US Air-Force (specifically the Asian Office of Aerospace Research and Development) and demonstrated in US Naval research labs. There are two main challenges that he and his team are taking on.

The first is to achieve the highest efficiencies as possible at the lowest weight. Given that it costs upwards of $20,000 per kilogram to launch anything into orbit, the incentive is obvious.

“If you could shave a few kilos off the weight of your spacecraft by making the solar panels smaller, and by using more efficient cells then that's exactly what we’re aiming for,” A/Professor Ekins-Daukes says.

“So the space industry pushes the need for higher efficiency solar cells, naturally.”

The second challenge facing the SPREE team is building longevity into the solar cells.

“When the spacecraft is in orbit, it gets bombarded by these high energy particles that are mainly electrons and protons, and they damage everything,” A/Professor Ekins-Daukes says.

“Not only must the conventional electronics be resilient against this but so too the solar cells. It's inevitable that they degrade and so the best space solar systems aren't just the most efficient, they're also ones that can retain their efficiency reliably in this quite hostile environment.”

A/Professor Ekins-Daukes reckons the solar cells he is working on can remain unchanged over 15 years on a spacecraft. Up until now, solar cells begin life on a satellite pumping out energy at an efficiency of around 30 to 35 per cent but can then decline to levels of 25 per cent at the end of the satellite’s life.

“It depends on the orbit, but typically for a big satellite the economic or technical sweet spot is about 15 years.”

Looking ahead, A/Professor Ekins-Daukes is excited about the prospect of working with the teams at UNSW Canberra Space and the Australian Centre for Space Engineering Research (ACSER) who will continue to launch cubesats – small satellites that sit in Low Orbit.

“This is what is exciting about what we're doing right now,” he says. “There's an opportunity to try out new designs of solar cells on the spacecraft that both UNSW Engineering and the team in Canberra are going to be launching.”