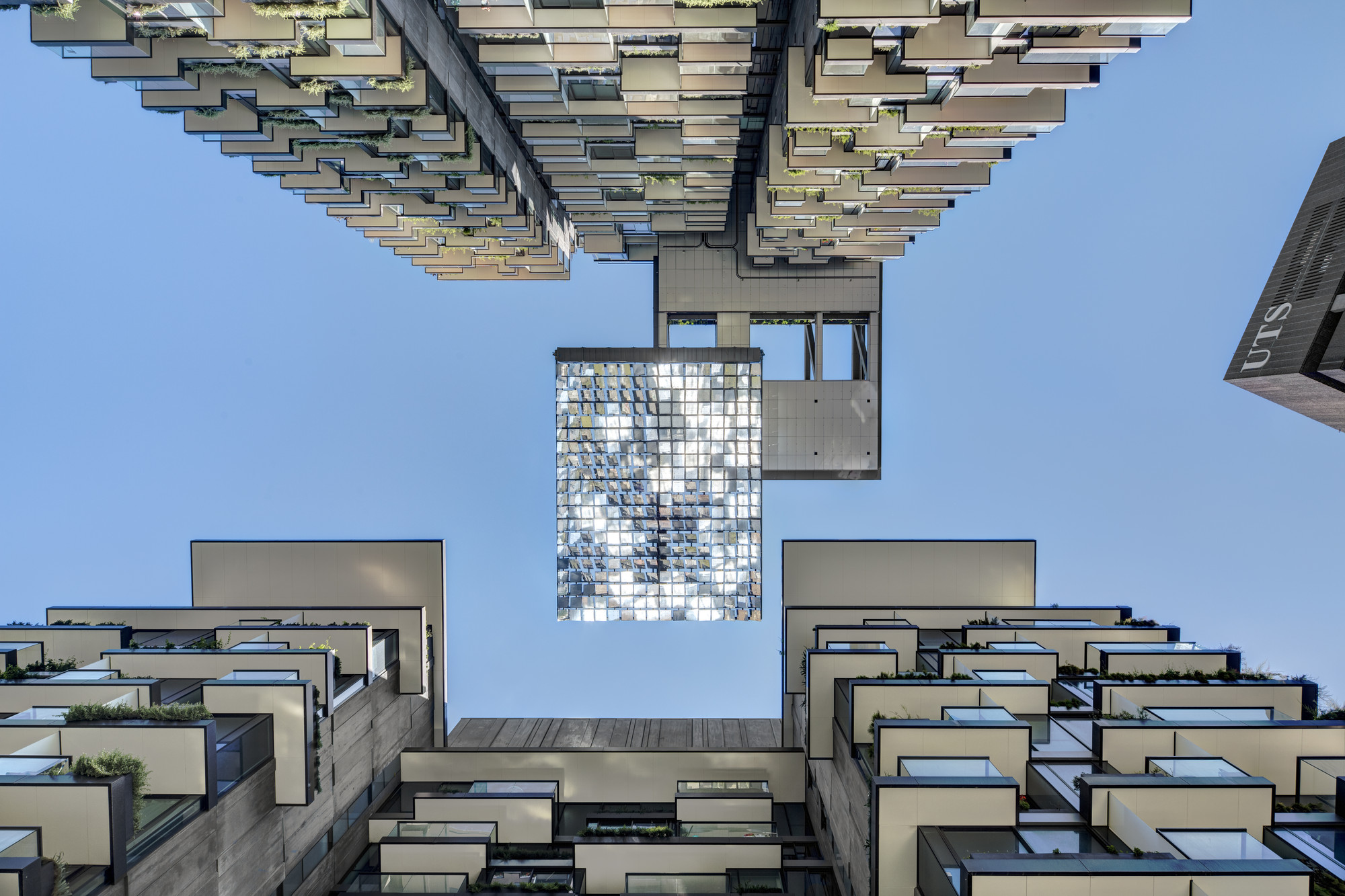 The sky’s the limit for two UNSW Architecture postgraduates, who have placed second and third in an international student competition for skyscraper design.

UNSW Built Environment rated highly in the contest, with four projects in the top 25 of more than 200 entries.

UNSW was the only university to have more than one finalist in the final five.

Shortlisted students travelled to Dubai to present their work to an international jury, with results announced on October 22.

Placing second was recent Master of Architecture graduate Yirong Li, for her project, Inside Out + Outside In.

Master of Architecture graduate Yirong Li placed second for her project, Inside Out + Outside In. Photo: Supplied.

Yirong's design – for which she was awarded $US5000 - was for a new outdoor hub for Circular Quay in Sydney linking train, light rail, bus and water transit.

She proposed a new cluster of towers, one residential, one office and one containing a mix of social, educational and public facilities – acting as a vertical street and “lifting the vibrancy of the ground into the sky”.

His ‘miniature city’ design – which won him $US4000 – was a mixture of open, closed, public and private spaces spread vertically in a single tower.

The projects were part of the students’ final, 2017 graduation project in the “Generous Skyscraper Studio”, led by Dr Philip Oldfield, UNSW Director of Architecture, and Ivan Ip, of design studio Architectus.

Rounding out the four top UNSW entries were designs by fellow Masters of Architecture, Lin Li and Porus Vakshoor, from the same Generous Skyscraper Studio.

Yirong Li said she was honoured to present to the jury, which appreciated her idea but also suggested further ways to think about the relationship between building and city.

UNSW played a vital role in making her industry ready, she said.

“Over the two years as a Masters student, I was exposed to critical ways of thinking about the built environment and learnt to keep questioning apparent facts,” she said.

Yirong, who has been a teaching assistant in first-year Architecture courses, says she has also learnt to test and reshape her idea of architecture, which has provided her with a broader knowledge of the profession.

Frank Chin says his journey towards his master’s degree has helped him professionally and personally, as he uses his skills creativity in everyday life.

“Through the mentorship of my professors and tutors, as well as my many connections and networking opportunities, I have been able to enter onto an international stage where I could proudly present my final-year research thesis,” he said.

“It has been such a wonderful experience to study here.”

Dr Oldfield says the achievements show UNSW graduates have the skills to tackle grand challenges such as rapid urbanisation, climate change and the need for higher-density ways of life.

“It demonstrates how UNSW's architectural curriculum is not afraid to tackle complex architectural questions, such as skyscraper design,” Dr Oldfield says.

“And it shows how our students are performing at the highest level intentionally, in terms of their design innovation, creative ambition and technical resolution.”

Dr Oldfield says he believes UNSW students placed so well in the competition due to the Built Environment’s unique High Performance Architecture stream.

“This stream tasks students to design large, complex buildings, with creative ambition, but integrating the highest level of sustainable and technological performance,” he says.

“This balance between the creative and the technological is key to UNSW's architecture curriculum.”

The CTBUH competition, for students from high-rise educational studios, aims to “shed new light on the meaning and value of tall buildings in modern society”.

The Council says the design of modern skyscrapers needs to satisfy challenges such as unprecedented population growth, climate change and the advance of technical innovations.

“Tall buildings must now be the vehicles for creating increased density not just through sheer height, but by connecting multiple layers of the city,” it says.

Competition entrants can determine the size, height and function of the building.

But they must adhere to conditions including that at least 50 per cent is usable floor area, as opposed to buildings such as observation towers.

The winner of the 2018 CTBUH competition was Yiming Guo of Shenyang University in China, with his project, Ethnic Minority Skyvillage.

The Master of Architecture provides you with advanced knowledge and techniques in architectural design and related technical and academic knowledge. Find out more about the course.