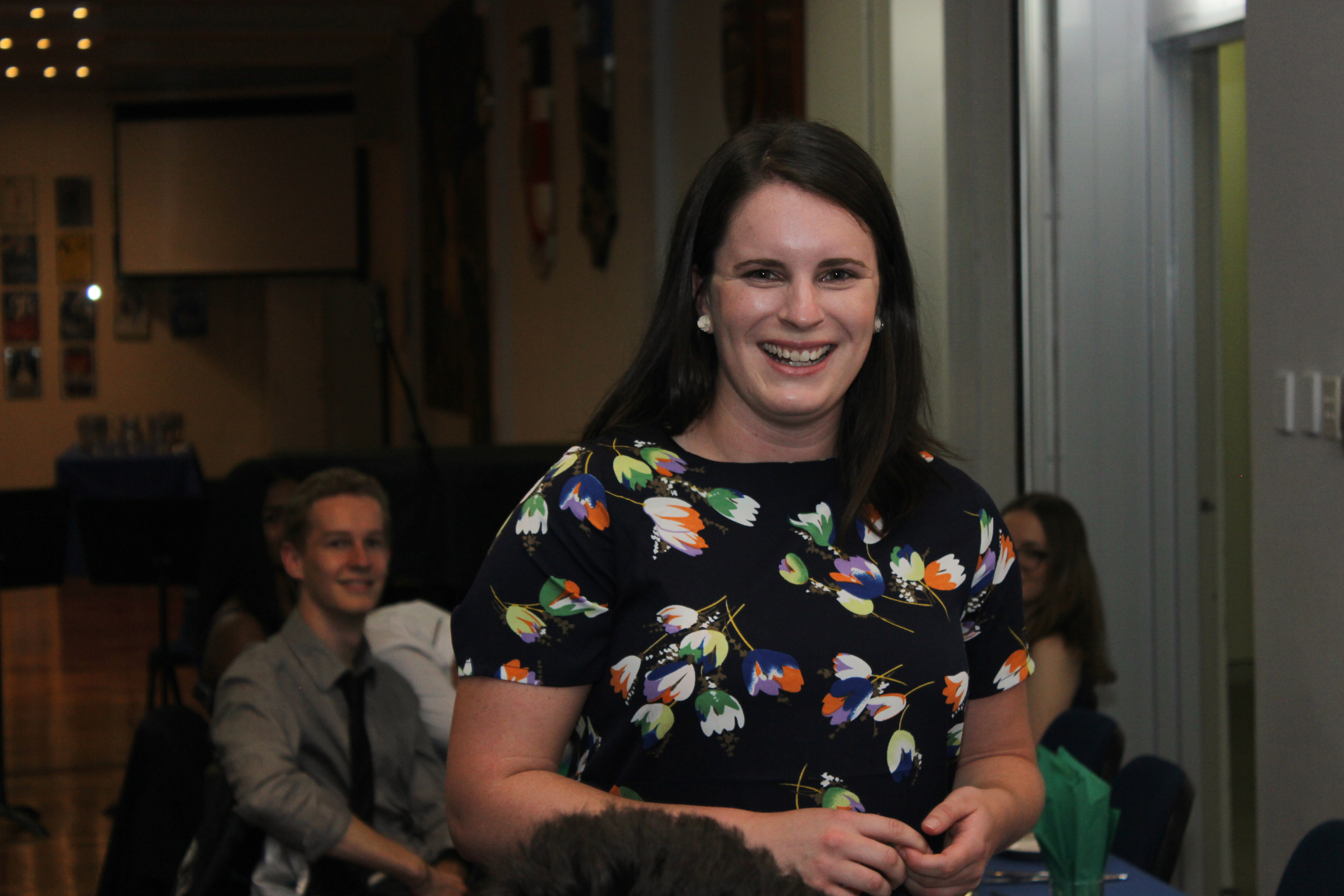 Guide dogs, the World Health Organization (WHO) and female characters of The West Wing – while these may appear to have little in common, at one time they have all been career goals for recent graduate Erin Prince.

“Initially I wanted to be a guide dog. However, after I found out that wasn’t possible, I changed my focus,” she jokes.

Following a quick change of tack, Erin was inspired by the strong female leads of the hard-hitting political TV drama as well as the political scene in Canberra, where she grew up.

“As a child, I was in awe of the rich history, cultures and societies of Asia,” she says.

“I loved driving past the embassies, representing the traditional buildings of their nations. I saw the colours of the dragon parades at Chinese New Year’s celebrations and the vibrant dance scenes in Bollywood movies, and I really wanted to understand these places that I initially had little access to.”

This early fascination developed into a deep desire to understand these countries and led Erin to pursue a double Arts and Science degree, majoring in Pharmacology and Japanese Studies, and minoring in Asian Studies.

She was awarded the Mitsui Matsushima Japan Australia Studies scholarship and she credits this as allowing her to pursue her studies in Japanese and Asian cultures.

“I wanted to do a degree where I could read about lots of interesting issues,” she says.

“I also wanted to understand how things worked in a scientific sense too. I am really interested in the intricate pathways in the body and how they work. I also really enjoy knowing about the world and understanding how societies function, and about culture and identity.”

During her time at UNSW, Erin was also heavily involved with the Elite Athlete Program, throwing discus at the national level throughout her degree. She played for the University’s touch football and AFL teams and ran the UNSW Athletics Club for some time, travelling interstate on multiple occasions for UniSport competitions.

Erin says that these co-curricular activities strengthened her leadership skills and broadened the scope of her learning, allowing her to see her studies in a wider context.

She also completed a short course in Singapore last year, and the Career Ready Mentoring Program this year, as well as undertaking multiple internships throughout her degree.

Erin plans to return to UNSW to complete an Honours year, focusing on the relationship between sport and nationalism in Japan in the second half of the 20th century.

After that, she hopes to find employment with an international organisation such as the WHO, the Asia Society, Human Rights Watch or the International Women’s Development Agency.