Experts from around the world are working hard to understand what Donald Trump's economic policies mean for global trade systems. 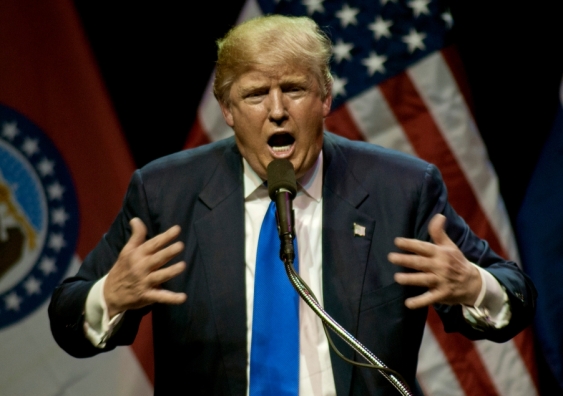 In the course of filming my TV series on international trade The Airport Economist and writing the book series of the same name, I think I have visited about 60 countries in six years, traversing the globe and racking the frequent flyer points (thanks One World!).

And in the countries, I've been too in places as diverse as the last three nations I visited - in Myanmar, Peru and Finland - the questions I am asked are often the same. But they've taken a new shape and sense of urgency?

For example, in Latin America, from Cartagena on the Caribbean coast of Colombia down to Tierra del Fuego, it used to be what do you think about China? Similarly, in Central Europe, Central Asia or Africa the same questions were asked. What about the rise of China? How will the shift in the world economy be managed? What happens if China has a slump? It seemed that all roads lead to (and many were actually financed by) Beijing.

Now the question always asked is "What do you think about Trump?" Well it is no surprise given the shock waves that President Donald J Trump sent through the US electoral system in 2016 with his audacious win in the primaries and the national election ahead of seemingly more fancied and experienced (although flawed) opponents.

The response to Trump has partly been about his style as much as substance. The reality TV star background, the brash speaking style, the manic use of twitter and full shirt front of the media with accusations of bias and 'fake news' has made the world nervous given the USA's place as the globe's pre-eminent economic super power, and the institutional importance of the Office of the President - to the United States and to the world.

But it's now about substance as well as style particularly in terms of trade. After all Trump did come to power on an economic populist platform criticising the US's past free trade deals including Trans Pacific Partnership (TPP) and the North American Free Trade Agreement (NAFTA).

Trump did this to appeal to blue collar voters in Ohio, Michigan, Pennsylvania and Wisconsin that he won ahead of Democrat Hilary Clinton. In fact, he was not alone. Left wing candidate Bernie Sanders also ran an anti free trade message, forcing Clinton to reverse her decision on the TPP.

At first, many pundits thought Trump was bluffing with his 'trade policy by Twitter', but he said what he meant and meant what he said. He withdrew the USA from TPP. He took on the G7, especially the European Union. He lifted tariffs on steel and aluminium.

And now he is punishing Canada as he re-negotiates NAFTA, seemingly between just Mexico and the USA. And that's even before the implications of the trade war he has picked with China.

Is Trump a traditional protectionist? He says he is not. He just thinks past administrations made 'Bad Deals' and as an experienced businessman (and author of 'The Art of the Deal') he could do a better job with the US's trade deals - just as he can make allies 'pay their share' of NATO's costs and other institutions of the international economy where he feels America has got short shrift.

But the rise of Trump is about more than just trade policy. All over the world we've seen a rise in both right-wing and left-wing populism as a response to the inequalities that have occurred in conjunction with globalisation (with correlation or causation between the two a major bone of contention).

The tensions have been caused by a range of factors including trade, technology, immigration, the erosion of safety nets and labour market institutions but also capital mobility and the behaviour of banks and financial services companies during the Global Financial crisis (GFC) and its aftermath.

In the USA, the issue was free trade (egged on by Trump and Sanders). In the UK with Brexit it was immigration and open borders, whilst in Asia and Latin America it's been about corruption and governance.

In Australia, a country that has done well from open trade and ties with Asia, trade economists failed to appreciate the importance of labour markets and social safety nets. Hence the political prominence of labour market issues in Australia - with slow wages growth and a lack of job security in the context of an expensive housing market and cost of living pressures.

So what next for Trump? It's going to be a nervous time for the world trading system, but China can take advantage of the chaos in the White House and grow its influence in the global economy.

Similarly, countries like Australia can show our support for the world trading system, forming strong partnerships in Asia, Latin America, Europe and emerging markets and positioning ourselves as a reliable and stable trading partner, not one hell bent on tariffs and trade wars.

And that is the very essence of the Australian model of open trade and strong labour market institutions as an alternative to the trade policies of President Donald J Trump.

Tim Harcourt is the J.W.Nevile Fellow in Economics at UNSW Business School, UNSW Sydney and host of The Airport Economist podcast and TV series on Sky News, Qantas, LATAM and One World Airlines www.theairporteconomist.com.