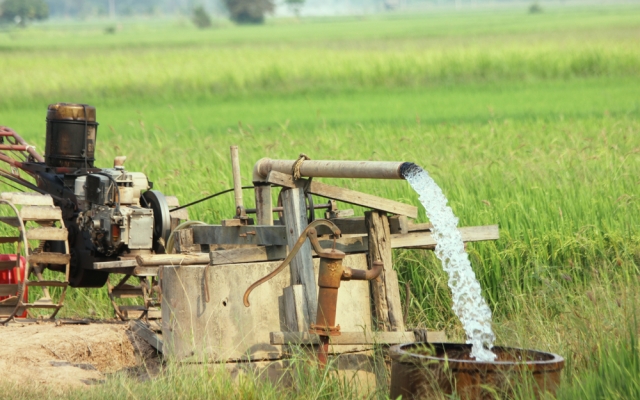 Over half of the world’s groundwater flows could take over 100 years to respond fully to climate change, new research has revealed.

An international research team has, for the first time, provided a global insight into what will happen if our groundwater systems start to see changes in their replenishment.

In a new paper published in the journal Nature Climate Change, the research team has shown that in more than half of the world’s groundwater systems, it could take over 100 years for the systems to completely respond to current environmental change. Dr Mark Cuthbert from Cardiff University UK, who is also a visiting fellow at UNSW, led the research.

“Our research shows that groundwater systems take a lot longer to respond to climate change than surface water, with only half of the world’s groundwater flows responding fully within ‘human’ timescales of 100 years,” Dr Cuthbert says.

“This means that in many parts of the world, changes in groundwater flows due to climate change could have a very long legacy. This could be described as an environmental timebomb because any climate change impacts on recharge occurring now, will only fully impact the baseflow to rivers and wetlands a long time later.

“It is essential that the potential for these initially hidden impacts is recognised when developing water management policies, or climate change adaptation strategies for future generations.”

In their study, the researchers used groundwater model results in combination with hydrologic datasets to determine the dynamic timescales under which groundwater systems respond to climate change.

They discovered that, in general, groundwater in wetter, more humid locations may respond to climate change on much shorter timescales, whereas more arid locations where water is scarcer naturally have much longer groundwater response times.

The pinpointing of locations is significant as for many parts of the world, especially where surface water supplies are less available, the domestic, agricultural, and industrial water needs can only be met by using the water beneath the ground.

Groundwater, found underground in the cracks and pore spaces in soil, sand and rock, is the largest source of usable freshwater in the world, and is relied on by more than 2 billion people as a source of drinking and irrigation water.

If there is a change in recharge, for example due to a reduction in rainfall as a result of climate change, the levels of water in the ground will begin to change until a new balance is achieved.

However, questions still remain about how groundwater will be specifically impacted by future climate change, and where and when any changes will take place.

“We have always known that groundwater flow is slow compared to flow in streams and rivers. Dr Mark Cuthbert and his co-workers are quantifying in their important study just how slow groundwater may respond to climate change in many groundwater aquifers around the world.