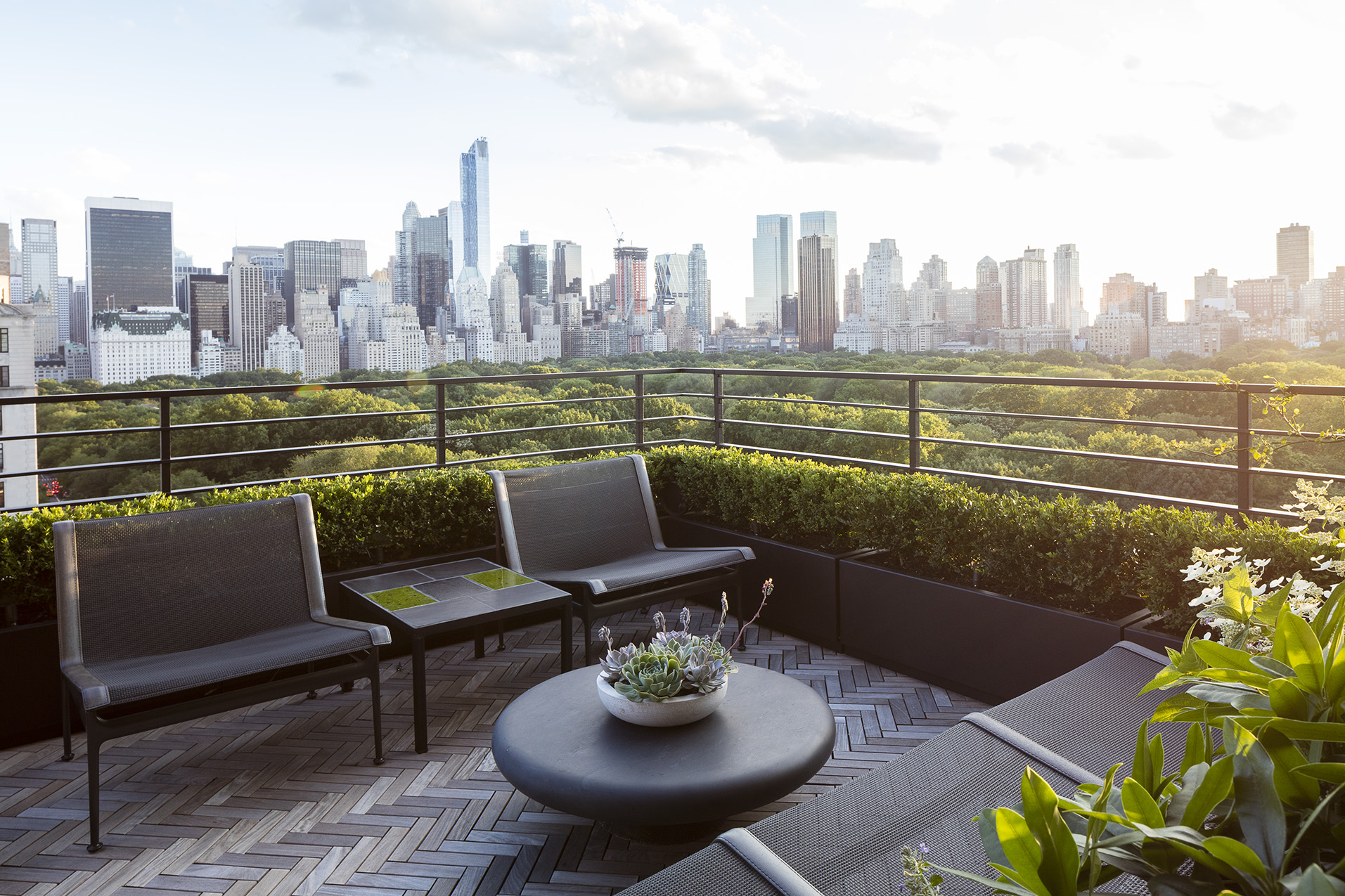 Damien Harrison designed his first garden – his parents’ – when he was in high school.

“From that point on I knew I wanted to be a landscape architect. Despite that, in my infinite wisdom, I thought it would be a great idea to do a Business/Economics degree in my hometown of Newcastle instead.”

But a month of macroeconomics lectures later, he enrolled in Landscape Architecture at UNSW.

The degree led him to an internship at landscape architectural firm Clouston Associates and, after graduation, he worked at leading international design practice HASSELL Studio until the travel bug hit.

“I do distinctly remember [UNSW Built Environment] Professor James Weirick saying to our class that at some point in our lives we need to ‘live and work in New York City’. I obviously listened,” he says.

“For a number of reasons, we decided to eventually take a leap of faith and start (landscape design/build business) HARRISON GREEN together in early 2013,” Mr Harrison says.

“For the first year it was just the two of us, and five years later our team is almost 20 people.

The UNSW alumnus says they started the Brooklyn-based HARRISON GREEN “to provide an esteemed level of service to our clients and do really good work”.

“We knew that if we achieved these things, more work would follow. Fortunately, that philosophy seems to be working.”

One of their first clients was US fashion designer Marc Jacobs, and they’ve since designed gardens for a long list of celebrity clients, including many from the entertainment, fashion and art fields.

“I fell in love with New York the very first day I arrived here, and that feeling has never left,” he said.

“It’s a really exciting place to live and work. There is always a feeling that on any given day, anything can happen.”

“We all have slightly different stories, but I think the common thread is that we have a passion for design and an appreciation for the natural environment,” Mr Green says.

Through UNSW connections, Mr Green was able to secure an internship with the New York Department of City Planning’s Chief Urban Designer, Alexandros Washburn, who was also a visiting professor at UNSW.

“I focused on the neighbourhood of Red Hook: how it should rebuild after Hurricane Sandy and become resistant to future storms, while maintaining and improving the neighbourhood’s unique character.”

He eventually moved to HARRISON GREEN, where he says the projects rarely span a year from conception to installation.

“Being in a small office, we have to wear many hats. Aside from being talented designers, we need to be client facing and also manage the installation of our projects.

“And because of this, every day is different and interesting.”

Mr Green says one moment he can be meeting a celebrity client in a penthouse apartment, “the next, I’m bringing 8ft trees up to a terrace by way of a two-person passenger elevator”.

He says living in a large international city is “intoxicating, and all preconceived timelines go out the door”.

Andy Smith interned at landscape architectural firm SITE IMAGE throughout his UNSW degree and was offered a job when he finished.

Two years later he was itching to work overseas and reached out to Robert Green, who he had met “the year before dropping his best (worst) Beyoncé dance moves at the end of semester party.”

The chat led Mr Smith to HARRISON GREEN – “a great fit for my passion within the industry”.

“The alumni network at UNSW was an invaluable resource in getting over to New York,” Mr Smith says.

He says there is no such thing as a typical day at HARRISON GREEN, where he gets to “work in some of the best properties in New York”.

“One moment you’ll be in the office designing, the next you will be managing a crane lifting trees 10 floors up to a penthouse in SOHO,” Mr Smith says.

A landscape architecture career, he says, involves a passion for people and a desire to understand how they will use the space you are designing.

“You have to be able to leave your ego behind and create something that will serve whoever will end up using that space,” Mr Smith says.

“I studied Environmental Engineering in my first year of University, but I just couldn’t quite connect to my studies,” Ms Lock says.

“I knew that I still wanted to pursue a career working with the built environment, so when I came across Landscape Architecture it made total sense.

“Landscape architecture is the beautiful balance of design, nature and people.”

She says UNSW’s global connections have provided the opportunity to work for an international company in Australia, HASSELL Studio – as her current boss did years before her.

Ms Lock has also been able to work on projects in studios in Shanghai, San Francisco and Singapore.

“With UNSW, I was lucky enough to be able to study abroad at Penn State, so my love affair with the States really started there and has now come full circle working in New York,” she says.

She advises any graduate thinking of working overseas to “do it; you must”.

“New York is the city that lives up to its hype. It’s a city that connects you to the best, the worst and the weirdest of all professions and hobbies. It’s amazing.