Buffering, please wait: how a UNSW invention could mean you never see this message again

Network providers could revolutionise how they manage changing loads on their networks, making life a lot better for internet users, thanks to technology being developed by UNSW researchers. 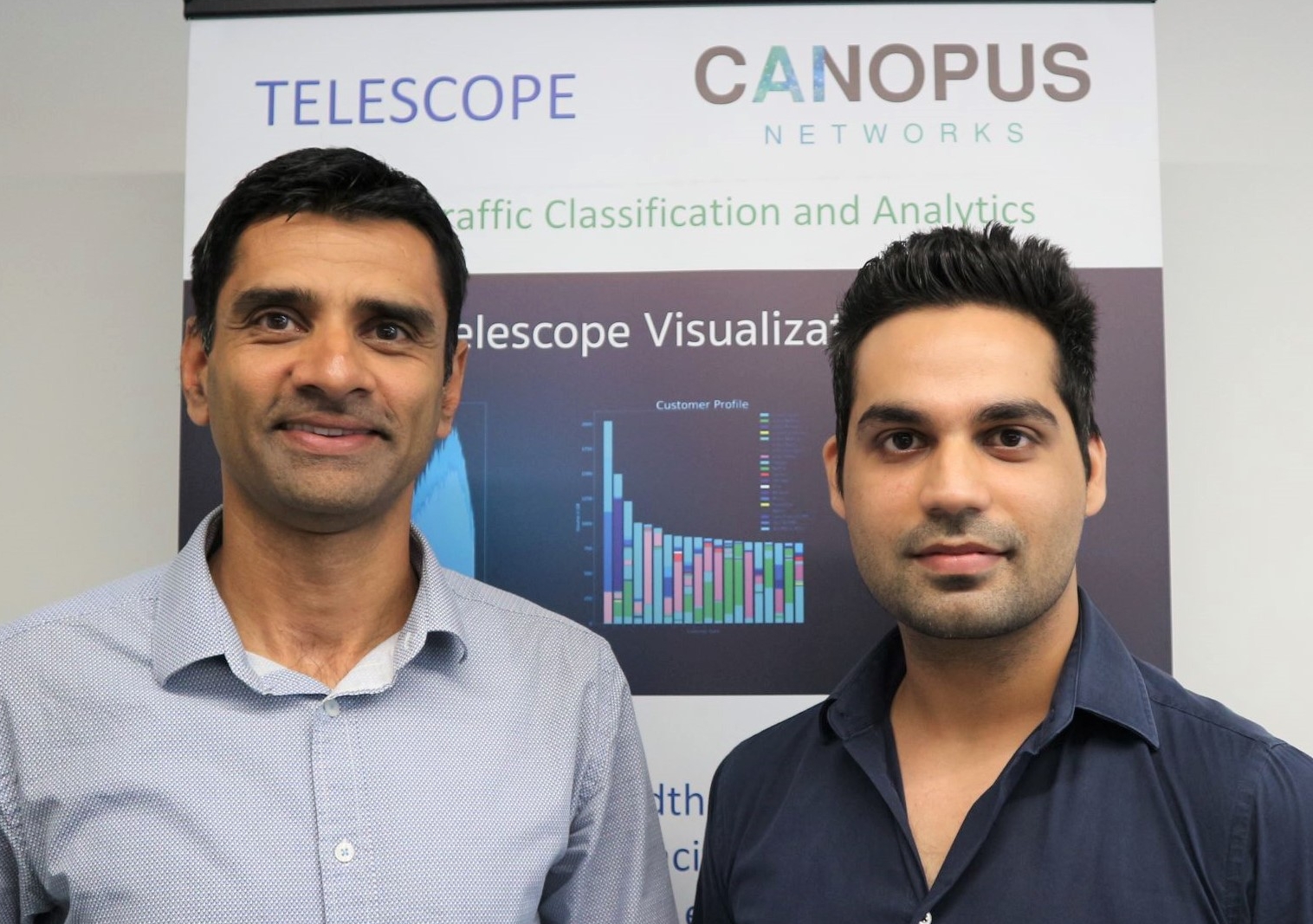 Researchers at UNSW Sydney have attracted a significant investment from London-listed IP Group to help fund a start-up that is set to revolutionise how network operators monitor and classify internet traffic, saving them costs and ultimately improving internet experience for consumers.

Professor Vijay Sivaraman from UNSW’s School of Electrical Engineering and Telecommunications and his research protégé Himal Kumar founded Canopus Networks in March last year, after realising the commercial potential of their research in 2016.

“We know hardware is very good at doing repetitive tasks working at high speeds, whereas software is good at being intelligent and flexible. Our product 'Telescope' uses a combination of these and artificial intelligence to optimise the use of bandwidth in a network,” Professor Sivaraman said.

Discussions with Google revealed the need for a more effective solution for internet service providers (ISPs) and network providers to optimise bandwidth use.

Network providers such as Telstra and Optus monitor their internet traffic to optimise how they allocate bandwidth between different activities, such as streaming movies or web browsing, which comes at an enormous cost.

Current solutions to do this include custom hardware – proprietary systems that are hugely expensive – or software that runs on computers that cannot be easily scaled to handle large amounts of data. This means that networks can only monitor a small portion of their traffic (5-10%) and make assumptions about usage from there.

Telescope examines all traffic passing through a network and in a matter of seconds knows what it is.

“For example, if it’s a Netflix stream, which is large and likely to run for a while, we offload it to hardware,” Professor Sivaraman said.

'Our clients will instantly see the mix of traffic on their network – how much bandwidth YouTube is using, how much Netflix is being streamed, how much data is being used on downloads ... This visibility is the first key to understanding and managing the network better, to improve user experience without buying more bandwidth.'

When providers can separate hardware and software and use each in the most effective way, they can achieve full visibility into network traffic – at very high speeds for very low cost.

“Our clients will instantly see the mix of traffic on their network – how much bandwidth YouTube is using, how much Netflix is being streamed, how much data is being used on downloads, web browsing, etc.

“This visibility is the first key to understanding and managing the network better, to improve user experience without buying more bandwidth, but by allocating it in a different way.”

The technology was seeded through two research collaborations between UNSW and Optus from 2016 to 2017 and then evaluated via a paid trial with a large telecommunications network provider in 2018, which validated the commercial opportunity and led to the creation of Canopus Networks. The investment from IP Group will be used to hire software engineers, to refine the product and cover general operating expenses.

UNSW has placed a high priority on translating academic research into commercial outcomes, as outlined in its 2025 Strategy.

UNSW Deputy Vice-Chancellor of Enterprise Professor Brian Boyle said: “Universities provide a constant source of brilliant ideas. Canopus Networks is the perfect example of how industry can work with our academics to develop products and prove their commercial viability – and attract the attention of investors such as IP Group to get them up and running.”

This will be one of IP Group’s first investments in Australia. IP Group signed an agreement with the Group of Eight, Australia’s leading research-intensive universities, and the University of Auckland in May last year, stating its intent to invest at least $200 million over 10 years to identify and develop companies based on research involved in disruptive innovation.

Managing Director of IP Group Australia Mike Molinari said: “Canopus Networks is a great example of quality science and technology university research that IP Group specialises in backing. We’re delighted to have made this investment into Canopus Networks and look forward to supporting the team to commercialise this technology and grow the business.”

UNSW Dean of Engineering Professor Mark Hoffman said it is important for researchers to focus their talents on areas with the greatest potential to make a positive impact on humanity’s major challenges. Commercialisation of that research was a key step in realising that impact, he said.

“Whether it be ensuring the best use of network bandwidth such as this, or innovations in mining, energy, space or other areas, universities must focus on research and development that tackles society’s biggest challenges to achieve relevant outcomes for Australia and the world. Canopus Networks has the potential to reshape an entire industry and examples such as this demonstrate the true value of university research to society,” Professor Hoffman said.

“I look forward to the day that buffering is obsolete.”