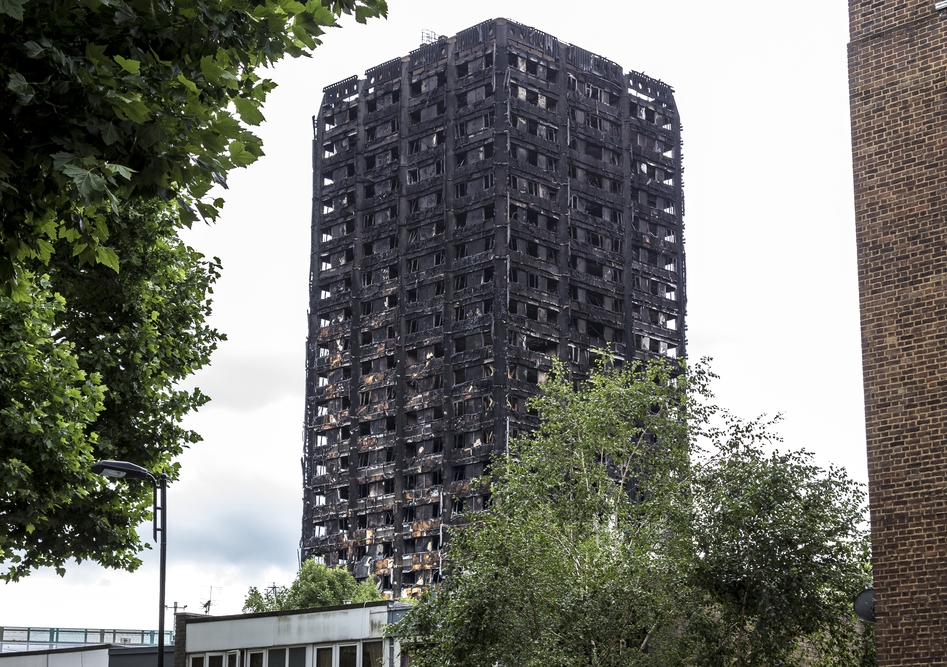 The fire at the Neo200 building on Spencer Street in the Melbourne CBD this week has eerie similarities to the Grenfell Tower disaster. Fortunately, instead of 72 people dead as at Grenfell, only one person was hospitalised for smoke inhalation.

Nevertheless, the building industry has responded straight from the Grenfell song sheet. Rydon, the main contractor for the Grenfell Tower cladding, said the work:

… met all required building regulations – as well as fire regulation and Health & Safety standards – and handover took place when the completion notice was issued by Royal Borough of Kensington and Chelsea building control.

I will do all I can to assist in this investigation in order to establish what caused this tragedy.

Neo 200 achieved certification and approval from the building certifier and relevant authorities at the time. We welcome the opportunity to support any investigation into the incident by authorities.

This appears to be the property sector’s version of “thoughts and prayers”. We’re very sorry, but there’s nothing we can do.

Sadly, this is far from the truth. We have known of the risk for years and the problem can be rectified.

Governments must act to ensure the cladding identified as a fire risk on hundreds of buildings is replaced. Further delay in fixing an identified threat to life is unacceptable.

Before the Grenfell and Neo200 fires, Melbourne had a cladding fire at the Lacrosse building in 2014. This led to an audit of external wall cladding on buildings by the Victorian Building Authority.

Our investigations found dangerous materials are widely used on buildings throughout Victoria, a finding that is consistent with inquiries carried out interstate and internationally.

We now know that hundreds of residential buildings are rated as either a moderate or high risk by the New South Wales and Victorian governments. Over 350 buildings in Melbourne alone are rated “high risk”. Neo200 was regarded as only a “moderate risk”.

Residential buildings are particularly vulnerable to the effects of a cladding fire because people can be asleep and windows are often left open. The amount of smoke generated by the recent Neo200 fire is frightening.

Combustible cladding allowed the fire to spread rapidly up the Neo200 building.

In the UK, the central government has given local authorities the power to replace risky cladding. We should do the same here.

Governments should take rectification out of the hands of dithering strata committees and, if necessary, carry out the necessary work directly and recover the costs from the responsible parties.

How did we get to this point?

Polyethylene-cored aluminium sandwich panels – often referred to as aluminium composite panels (ACP), PE or PU panels – were developed 50 years ago, patented in 1971 and marketed as Alucobond. When the patent expired in 1991 other manufacturers entered the market, including products marketed as Reynobond (originally Reynolds Aluminium) and Alpolic (Mitsubishi Chemicals). Now, it is estimated over 200 manufacturers around the world produce ACP panels.

By the 1990s, ACP was gaining a level of acceptance in the Australasian construction market. This was aided by the introduction of performance requirements to replace a previous blanket ban on combustible materials being used on tall building facades. The timing of the relaxation of the Building Code of Australia and the introduction of ACP panels to the Australian market by multinational companies could be a coincidence.

By the end of the 1990s, there was growing evidence that the performance-based approach to facade fire protection was not working. Combustible cored sandwich panels were implicated as contributors to serious injuries and death. A notable example was a 1993 fire in the Sun Valley food-processing factory in Hereford in which two firefighters died. In 1997, the Museum of New Zealand (Te Papa) experienced a cladding fire during construction.

The general and technical press, including architectural magazines with wide circulation, reported cladding fires in various types of materials, including ACP.

What can be done to reduce the risk?

Clearly, a facade fire has serious consequences. The bedrock of all modern fire regulations is that a fire in a tall building must be confined to a single storey. A fire spreading from one floor to the next completely undermines all the elements of protection and control that make egress routes and firefighting viable.

As we saw at Grenfell, a fire that spreads up the facade and involves nearly every storey in the building can’t be brought under control.

By 2000, there was widespread concern among fire professionals and some regulators that ACP was a bomb waiting to go off. A paper by Dr Gordon Cooke clearly outlined the risks. It makes chilling reading in the light of the Grenfell disaster.

Luckily, most tall residential buildings in Australia with combustible ACP cladding have internal sprinkler systems – unlike Grenfell. We might also be able to buy some time by banning barbecues and smoking on balconies, but it is doubtful this will be 100% effective. Another possibility is to physically secure balcony doors shut, but many owners and tenants might strongly resist this draconian measure.

These measures still will not eliminate the risk of arson highlighted by the Victorian government.

As the Neo200 fire demonstrates, even a moderate risk is still quite risky. It is extraordinary that a fire allegedly lit by a single smouldering cigarette could spread so quickly across seven floors and generate so much potentially deadly smoke.

An urgent cladding replacement program certainly has its challenges. A campaign that involves working on several hundred buildings at once in Melbourne and Sydney might overload the industry.

Nevertheless, the situation has been created by a lack of action by governments. Only decisive government action can rectify it. No more “thoughts and prayers”, enquiries or investigations; just replace the cladding now.