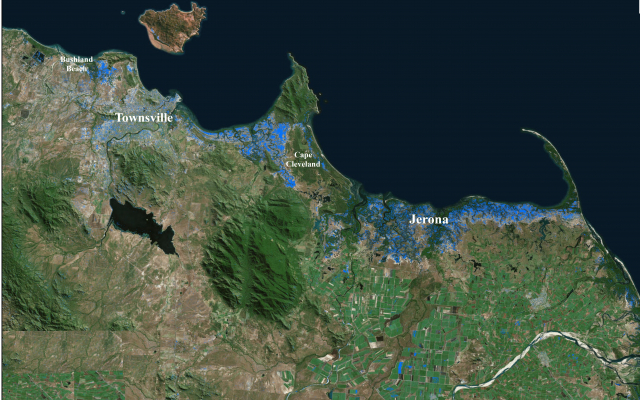 Record-breaking floods threatening North Queensland are being mapped by UNSW Sydney researchers within an hour to provide snapshots of rising floodwaters where previously such images were slow to produce and hampered by poor visibility.

Using European satellites that are fitted with radar imaging technology able to penetrate cloud cover, the UNSW researchers are able to put together an accurate and comprehensive flood map in less than an hour after images are made available by satellite.

This new type of flood intelligence could allow authorities to make decisions about critical infrastructure – such as switching off power stations – before flood waters can reach them.

Professor Linlin Ge of UNSW’s School of Civil and Environmental Engineering says this is the first time that such advanced satellite technology has been used to map flooded areas from space.

“First, we download very large volumes of satellite data from the European Space Agency,” he says. 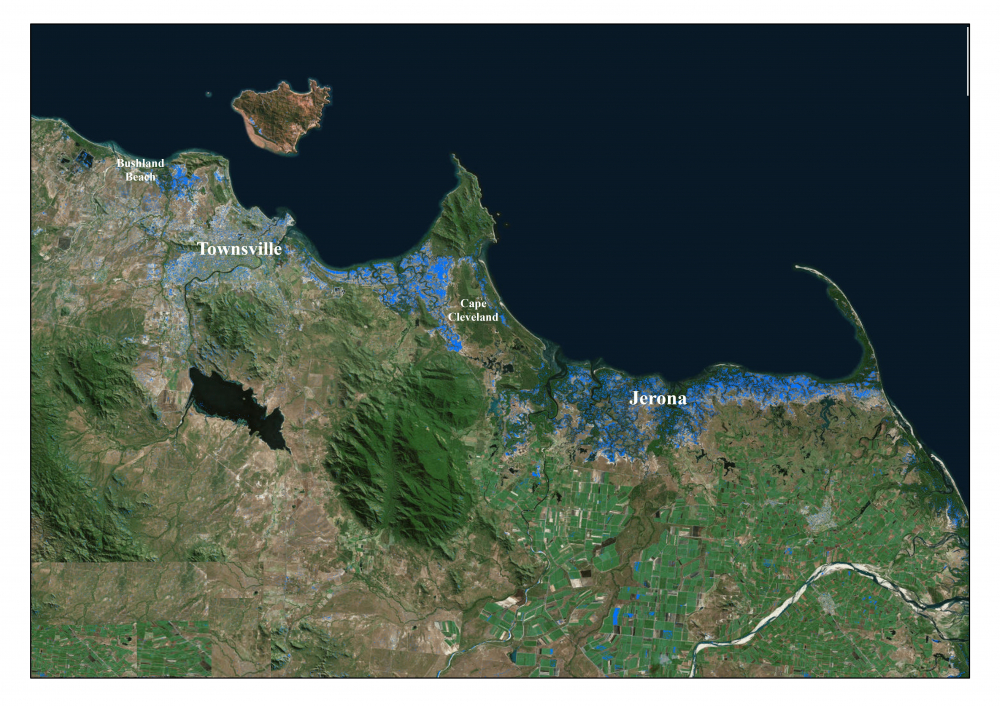 “Then we process these data at UNSW to generate comprehensive maps to show the extent of the floods.”

Professor Ge says he and his researchers, part of the Geoscience and Earth Observing Systems Group, were previously involved with amassing such data using less advanced satellite technology during the 2011 floods that ravaged southern Queensland. At that time, they provided their data directly to the Department of Natural Resources, Mines and Energy.

This time around, the group went for a simpler strategy and made the data available to all via social media and can be viewed by following the Twitter hashtag #UNSW-GEOS.

Prior to using this latest technology, getting a composite, accurate and up-to-date image of floods has been difficult. Heavy rains, strong winds, thick cloud and lightning can make it impossible or dangerous to fly aircraft to monitor floods like the one in North Queensland, that stretches 700 km from Cairns to Mackay. And even if the elements are favourable, it could take days to piece together a ‘big-picture’ view of flood movement, by which time the floods could have already moved on to a new front.

Views from space via optical satellites can also be made redundant if, as regularly happens in extreme wet weather systems, large parts of a flood-ravaged region are obscured by clouds.

Professor Ge is expecting his team’s round-the-clock monitoring of the data to continue for the next few days. Townsville is at the epicentre of an unprecedented monsoonal downpour with more than a year’s worth of rain dumped in just a few days, and three to four more days of torrential rain expected.

The technique employed by the UNSW researchers uses some of the most advanced technology available for flood mapping.

Synthetic aperture radar (SAR) is a radar imaging technology that can observe the earth day and night, through cloud cover or smoke.

Interferometric SAR (InSAR) is a technique to combine a pair of SAR images in order to measure changes to terrain or ground displacement. The result, InSAR coherence, is a by-product of InSAR processing and is a reliable and innovative measure showing feature similarity between the two images in the pairIf an area is not flooded on the first image but inundated on the second image, this will lead to a significant reduction in InSAR coherence.

By using the coherence between two SAR images collected over the same area shortly before the flood as a baseline (the so called pre-event pair), the new UNSW technique of coherence change between the pre-event and co-event pairs can serve as a reliable new tool to map flood extent and to identify flood fronts.