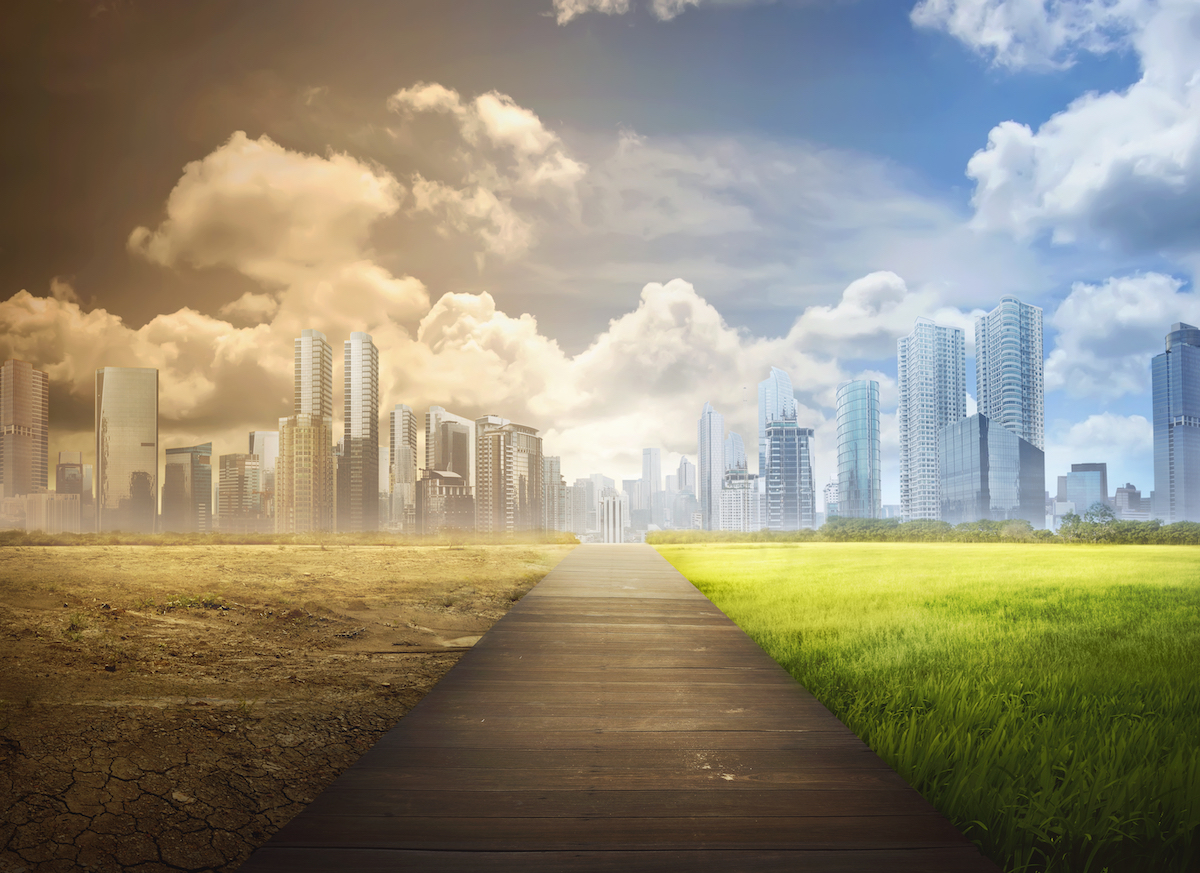 Professor Santamouris, who has 20 years’ experience investigating urban overheating around the world, believes Australia is not only already well equipped to deal with climate change, but it could build a thriving industry around it.

“If you import technologies, you may solve the problem of energy consumption and urban overheating, but the added value for the economy is negligible.

“But, once you base developments on the use of local technologies, local expertise and local knowledge, this creates employment and industrial activity,” he says.

Currently, 400 cities worldwide are impacted by urban overheating, the most documented phenomenon of climate change, he says.

Australia is well positioned to become a world leader tackling climate change, with an array of locally developed technologies waiting to be implemented, Professor Santamouris says.

“By giving preference to these technologies with high added value to the area … we will generate local wealth [because of industrial activity], but more importantly, we will be able to export these products to help less developed countries.”

Professor Santamouris will present his world-leading research into urban heat mitigation studies of cities around the globe in the next instalment of the Utzon Lecture Series hosted by UNSW Built Environment, the Annual Paul Reid Lecture in Urban Design on 6 March.

He promises that the lecture, 'Cooling the Cities – advances in science and design for the mitigation of urban heat', will be a provocative and timely analysis, with the world set to experience more prolonged heatwaves due to a changing climate.

Professor Santamouris estimates that by 2050, 50-degree days will be a common occurrence.

“Every year, the temperature increases by a half a degree. Last year [in Penrith, Sydney], we reached 47.3 degrees [maximum], and this year we have already reached 47.9 degrees.

“It will be a continuous problem,” he says.

Professor Santamouris warns that all Australians will be affected, lower-income households will be hit the hardest.

“If you are not proactive and you follow business as usual, in 2050, temperatures may be four or five degrees higher at the peaks.

"By then, the energy consumption will be tremendous, the cost of living will be extreme ... the living conditions will be terrible.

“The low-income population cannot afford this,” he says.

While Professor Santamouris remains positive, he warns that time is running out as the impacts of climate change become more pronounced.

“We have to be positive. My role is not to criticise – what has happened, has happened. But, if we look at this challenge as an opportunity, and plan … we can work out how it can benefit the economy, how it can improve the quality of life of the population.”