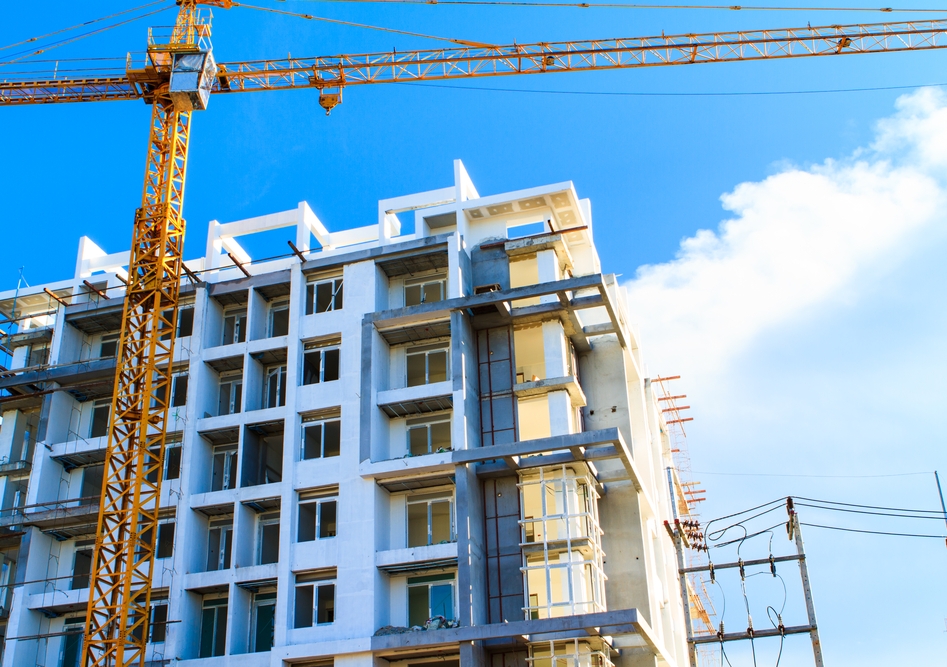 The centre has been awarded a $273,702 ARC Linkage Grant for a two-year project to tackle major defects in strata housing in NSW.

As well as identifying the prevalence of significant building defects, the project will seek to understand the causes and provide innovative solutions to improve housing quality, which could bring about sweeping changes to the sector.

The multi-unit housing sector in Australia is estimated to be worth more than $1 trillion and provides almost half of new Australian housing. Sydney is at the forefront of the construction revolution, now building more units than standalone houses.

A previous study conducted by the City Futures Research Centre, one of the only quantitative assessments of multi-unit housing defects in Australia to date, found that 72-85% of owners’ corporations had identified at least one significant defect in their building.

“It is generally recognised that developments in residential buildings have a high proportion of defects when they’re built,” says Professor Randolph.

“Despite these problems, there is no comprehensive data available on defective apartment buildings … what kinds of defects exist, or why they’ve occurred.

“We have now put together a team of industry partners to support a new research project to address this knowledge gap.”

The research will focus on three areas of Sydney’s biggest high-density housing markets – City of Sydney, Parramatta and Canterbury-Bankstown.

Professor Randolph says the project methodology is one of the most ambitious undertaken by the research centre and will engage stakeholders across industries, including strata, insurance and law.

“We're actually going to do an in-depth data gathering exercise on about 600 of these blocks in these three areas, with a view to trying to work out what's going on – which ones have defects, what are the defects if they have them and, importantly, how much it is going to cost to fix and by whom.

“It hasn’t been done before – nobody's ever done it before because it's a tough job.”

Professor Randolph anticipates the project will also have international implications in markets such as the US and the UK.

“There are lots of high-density towers going up in cities like London and Toronto, let alone Singapore and Hong Kong, and with very similar processes and conditions in the investor market which is driving the development.

“It’s happening everywhere, and it's a generic issue worldwide.”

He believes the project will further uncover fundamental issues the housing sector – being undermined by cascading risks, blame shifting and lack of oversight.

“There's a whole series of places where things can go wrong.

“There’s a whole chain of risk which is pushed further and further down the chain from the developers right down to the sub-contractors, where people can cut corners, as they did in the Opal Tower, and nobody really checks up on them, because there is no proper oversight.

“They basically self-certify themselves, and that's a real problem,” Professor Randolph says.

“Quality control methods need to change, and our project will give some pointers as to how that might happen.”

The Professor says that the combination of continued high-density growth and the unknown scale of major structural defects is unsettling, and poses a real threat to the viability of future cities.

He says the project comes at a pivotal time, following growing concern about the safety and quality of new buildings after the infamous Opal Tower saga.

“This is not a minor problem, as the recent Opal Tower incident has made clear – the majority of new dwellings in Sydney are multi-unit.

“Cities, by and large, are growing rapidly and are being reformed with multi-units in a way and in a scale that has never been done before.

“Therefore, if we're building sub-par quality, then we've got a real problem on our hands now, and in the future.”

The issue of defects is of real concern to the strata industry, given the risks posed if sentiment turns against apartment living, according to Professor Randolph.

He says that dealing with defects is a critical matter for urban planners, that, if not addressed, will pose a significant threat to Australia’s real estate market.

“The worry is people won’t want to live in these apartments because they feel they’re problematic, and I think Opal Tower exposed this. Then the market will collapse … on a scale that we haven’t seen before.”

Professor Randolph hopes to see the balance of power shift towards the consumer, with increased transparency, extensive building documentation, and more information about track records.

“Thousands of consumers are buying properties and they really don't know whether they're good, bad or indifferent.

“We need to get this information and knowledge into the hands of the consumers which will help shift the balance into their hands rather than have it all on the side of the developers.

“The good developers will welcome it and welcome a more knowledgeable consumer. The bad ones will be squeezed out of the market.”

An interim report on the project findings will be released at the end of the year.