After winning the Nobel Prize in Economics in 2017, world famous behavioural scientist, Professor Richard Thaler, concluded his speech with one sentence, “Nudge for good.” This was meant to inspire the world to use insights from behavioural science to gently ‘nudge’ humans towards more mindful, responsible, and sustainable behaviour. 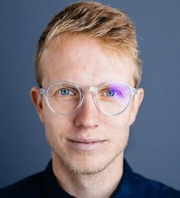 Last spring, the AGSM @ UNSW Business School launched its first course in Behavioural Science of Management, to a mix of full-time, part-time and executive MBA students. Adjunct Lecturer Jeroen Boersma, who has over 10 years of experience across the health and technology industries, (including working for Google in four different countries), taught the course.

“We partnered with exciting external teams, including Linktree, which is one of Australia’s fastest growing tech start-ups as well as AGL Energy and the UNSW Sustainability team. We brought our newly acquired knowledge into practice by working on proposals such as growing Linktree’s userbase, the adoption of electric vehicles among Australians with AGL Energy and building a more sustainable university campus with UNSW Sustainability team,” he said.

Students explored questions such as why consumers buy less when offered more choice, why people postpone working out or choose to eat unhealthy food, and why people are more likely to recycle items they identify with.

While these questions captivated students’ interest, Mr Boersma explained that behavioural science as a course is important for MBA students for a variety of reasons.

“Behavioural science can help people and all professionals make better decisions through awareness of cognitive biases we are all so prone to. It can make leaders more effective by understanding which approach is most likely to gain support from its teams, employees or citizens. Subtle changes can have a significant impact and getting a very different outcome can be as simple as changing the way a question is asked,” he said.

This affordable and effective approach has increased in popularity across governments and businesses over the past decade. This is because behavioural science uses insights from psychology to improve or change processes that are already in place. In fact, many governments and businesses have started ‘nudge units’, or teams of behavioural scientists who work on influencing people’s decisions by ‘nudging’ them towards certain behaviours.

For example, it was discovered that people are more likely to recycle when they identify with the produce they are throwing away. People were found to be more likely to recycle a Starbucks cup if their name was written on it. According to Trudel, Argo and Meng (2016), this is because placing an identity-linked product in the trash is symbolic to trashing a part of yourself. Therefore, in terms of ‘nudging’ people towards sustainable behaviour, a small change in a business process can be both cost-effective and have a sizeable impact.

This principle was demonstrated with additional real-world examples throughout the course.

For example, McKinsey’s 2019 report on the learnings of ‘corporate nudging’ revealed how companies across industries are using behavioural science to improve customer and employee well-being. The report showed a 14 per cent increase in customer retention, 2.5 times more customers won from referrals, a 33 per cent increase in loyalty to an employer and a fourfold increase in retirement saving rate.

Similarly, in 2010, the UK government struggled with antisocial behaviour on the streets in Woolwich. Often, the shop storefronts were broken down during the violence. To combat this, the government used principles of behavioural science and painted artwork of children that lived in the neighbourhood on the storefronts. The result was a 24 per cent reduction in antisocial behaviour, and shopfronts were largely left intact.

“With examples like these we equip our students with the knowledge to make simple changes to benefit businesses and build a sustainable future across industries,” said Mr Boersma.

AGSM students share enthusiasm for the course. They were able to form teams and develop ideas and proposals for a sustainable future. Current proposals were aligned with the UN’s Sustainable Development goals and included: increasing the usage of reusable cups on campus by 50 per cent, increasing recycling and reducing contamination of waste on campus, and increasing the adoption of electric vehicles across Australia with AGL Energy.

“By taking AGSM’s new Behavioural Science of Management course, students were able to look at the world in a different way from seeing how they themselves were influenced by unconscious biases to being able to have more empathy for the decisions and communications of others. Business leaders should understand the effect of human behaviour and psychology on the way consumers buy, businesses make decisions and global trends evolve,” said Mr Boersma.

“Perhaps most importantly, behavioural science will be seen as a scientific field that can contribute to a more sustainable world through better decision-making in business, healthcare and policy,” he said.

Mr Boersma will continue his work in behavioural science and is also developing and teaching courses in data science.

“Data science is fundamental to solving the world’s biggest problems. However, it is only effective when its results and findings can be communicated in ways that are easy to understand and act upon. The human element takes a central place in data science and with the proliferation of data in the way we consume, interact and make choices, the fields of behavioural science and data science will only grow closer together,” he said.