Rocketing into an internship 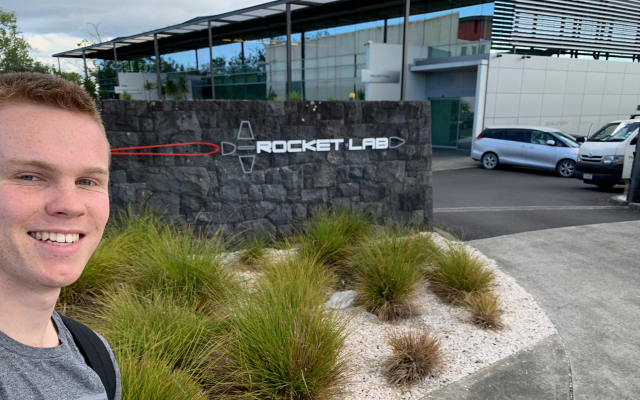 Looking to land your dream internship? Aerospace Engineering student Sam Wilkinson describes how he landed an internship in New Zealand without going through the usual application process. 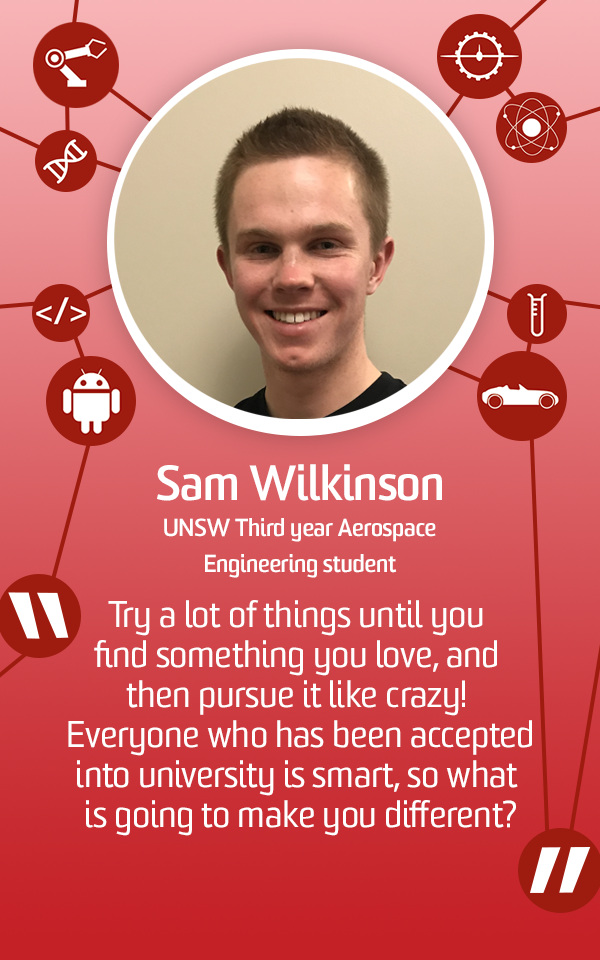 Over the summer holiday I landed the internship of my dreams! I got the chance to intern with an international aerospace company who work with organisations such as NASA to launch small satellites into space from their facility in New Zealand. I didn’t have to fill out any forms or an application and I didn’t have to go through a rigorous interview process, instead I paved my own way.

As part of the AIAA Rocketry Team I was given the opportunity to attend the 2018 Aerospace Futures conference in Canberra. Rocket Lab were one of the presenters and I was really interested in the work that they were doing, so I set myself a goal of getting connected on LinkedIn with the representatives in attendance (Sandy and Lisa) by the end of the conference.

After spending time talking to Sandy and Lisa throughout the conference, I noticed a model version of their rocket called the “Electron” on display, so I asked whether I could buy one. Lisa informed me that they didn’t have a model rocket that was available to buy, however my time in the AIAA Rocketry team meant I was well prepared to manufacture one myself, so I seized the opportunity to build a functioning model of their rocket. Standing at around 80cm tall and reaching over 150m when launched, this was a working model that could be sold to the public. I asked Lisa for the contact details of Rocket Lab CEO Peter Beck and I posted the Rocket to him along with my resume and cover letter.

The moment I got the call telling me I would be spending the summer in New Zealand as a Rocket Lab intern was one of the most surreal moments in my life.

It was a simple way to get my foot in the door and it clearly got his attention. I don’t think I would have had the same outcome had I applied for an internship via HR, plus the way I saw it nobody has more power to hire someone directly than the CEO.

I was offered a position on the propulsion team in New Zealand (the main rocket development facility of the company). I helped with the assembly of some of the engines and often the work procedures surrounding their construction. It was awesome to be hands on with rocket engines that actually ended up going into space! I was also given the opportunity to witness an engine test fire as well as the launch of 11 NASA CubeSats on board of the fourth ever flight of the Electron rocket. Being present during this launch really  confirmed in my mind that working in the Aerospace Industry was what I wanted to pursue for my future.

But it wasn’t just the work that inspired me; the people that I met at Rocket Lab changed my life forever. They had similar interests and were normal people who also felt lucky to be in that position. They were all so friendly, and always willing to help where possible which is why I really encourage reaching out to people like that on LinkedIn and making connections, even if that’s all you do. They can help you get your foot in the door when you need it.

To students wanting to complete their Industrial Training at their dream company, get out there! Do extracurricular activities and meet new people!  If my experience has taught me anything it’s to;