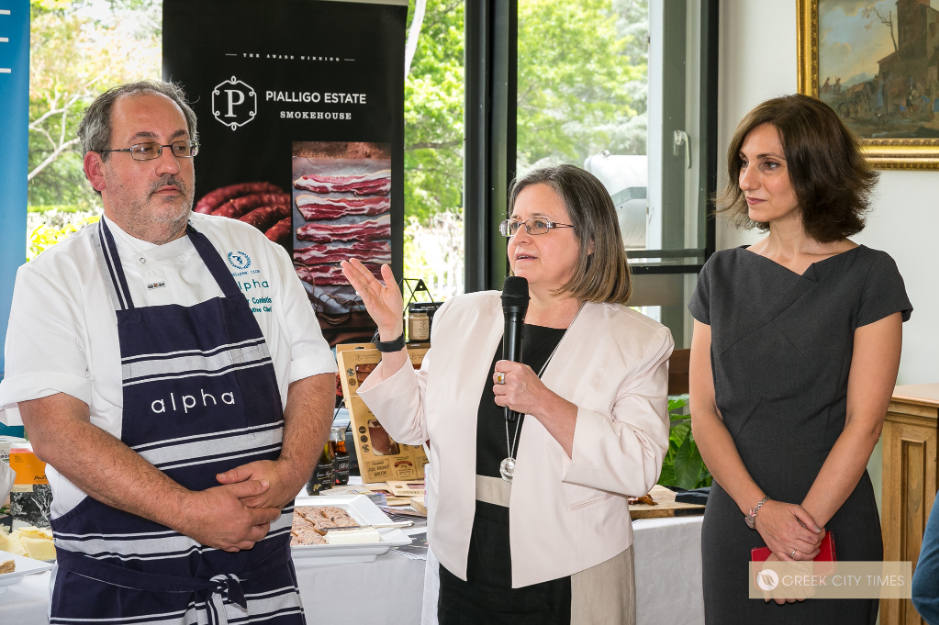 Throughout the few months I have spent interning at the Greek Consulate General in Sydney, I have found myself continuously amazed by the mutual respect and intercommunication between diplomatic missions. I feel it necessary to note how comforted I have been by the work of diplomats, who truly seek to solve global, regional and local issues through negotiations that aim to meet both the needs of their country, and the needs of others. I have experienced this through my direct work with the Trade Commissioner of Greece in Australia and New Zealand, Ms Katia Gkikiza.

Among the highlights of my internship was the opportunity to learn more about the Australia-EU Free Trade Agreement (FTA). This negotiation aims to reduce trade barriers in order to increase trade between the included states. A major point of discussion in these negotiations is Geographical Indications (GIs), namely ‘indications which identify a good as originating in the territory of a Member, or a region or locality in that territory, where a given quality, reputation or other characteristic of the good is essentially attributable to its geographical origin’.

GIs are a major part of the conversation for Europe, who remains passionate about traditional products that its countries hold close to their cultural identity.

Greece, like most European countries, believes its agricultural traditions and internationally acclaimed food products are an important part of their legacy. With half of Greece’s exports to Australia being food products, it is particularly crucial for Greece that their GIs are addressed in the FTA.

Australian stakeholders ranging from The Australian Dairy Industry Council to the Australian Labor Party have voiced scepticism over the FTA and GIs, and how this would impact Australia’s local export and labour market, but the Europeans argue this is not the case at all.

Dr Michael Pulch, the European Union Ambassador to Australia, addressed these concerns before the third round of FTA negotiations which concluded at the end of March 2019. He insisted that GIs will grant many conditional exemptions that are reasonable and will not affect Australia’s agricultural industry.

More specifically, common names such as brie, camembert, gouda, mozzarella and salami have not been proposed for inclusion since they are not considered GIs in Europe or Australia, and are globally recognised as being generic goods. It is products such as Feta cheese and Parmesan, that have specific association and cultural branding by their respective countries, that are being discussed for inclusion under the GIs and Protected Designation of Origin (PDO) scheme.

The second round of negotiations for the FTA was held in November 2018. During the negotiations, the EU Delegation in Australia, in cooperation with the Embassies of Greece and Italy, hosted an event, ‘Food for Serious Thought: Geographical Indications Day’. Here, ambassadors, diplomats, EU officials, Australian producers, academics and interested stakeholders exchanged views and information, over a degustation of GI-stamped European and Australian food and wines.

Dr Pulch noted that ‘these things do have a material value, they protect the brand and they protect the place and they create other employment opportunities in rural communities around activities such as retailing, tourism and hospitality’

As an International Studies student and Global Goals Ambassador for UN Youth, I entered this internship highly sceptical about the future of globalisation. With movements such as Brexit, and nationalistic influencers seeping through universal foundations of institutions such as the United Nations, it seemed to me that the world was steering away from globalisation and toward dangerous patriotic territory. While the work of Trade Commissioners is undeniably viewed through an economic lens, their presence in consulates and embassies across the world influences them to consider diplomatic relations in the highest regard. From the work and communications I have witnessed via my internship, I have been enlightened by the mutual respect with which diplomats and commissioners view trade negotiations and their genuine desire to achieve an outcome that benefits both sides. Greece, Europe, and Australia are all currently committed to providing their consumers with authentic products that act as a small representation of the globalised and supportive network that is our global community.

This article was originally published in Politik magazine.