FLIPstream team thinks beyond jargon to ask: how will technology change law?

Terms like 'artificial intelligence' are bandied about frequently, but a research group at UNSW Law is exploring what impact this kind of technology will really have on the legal profession. 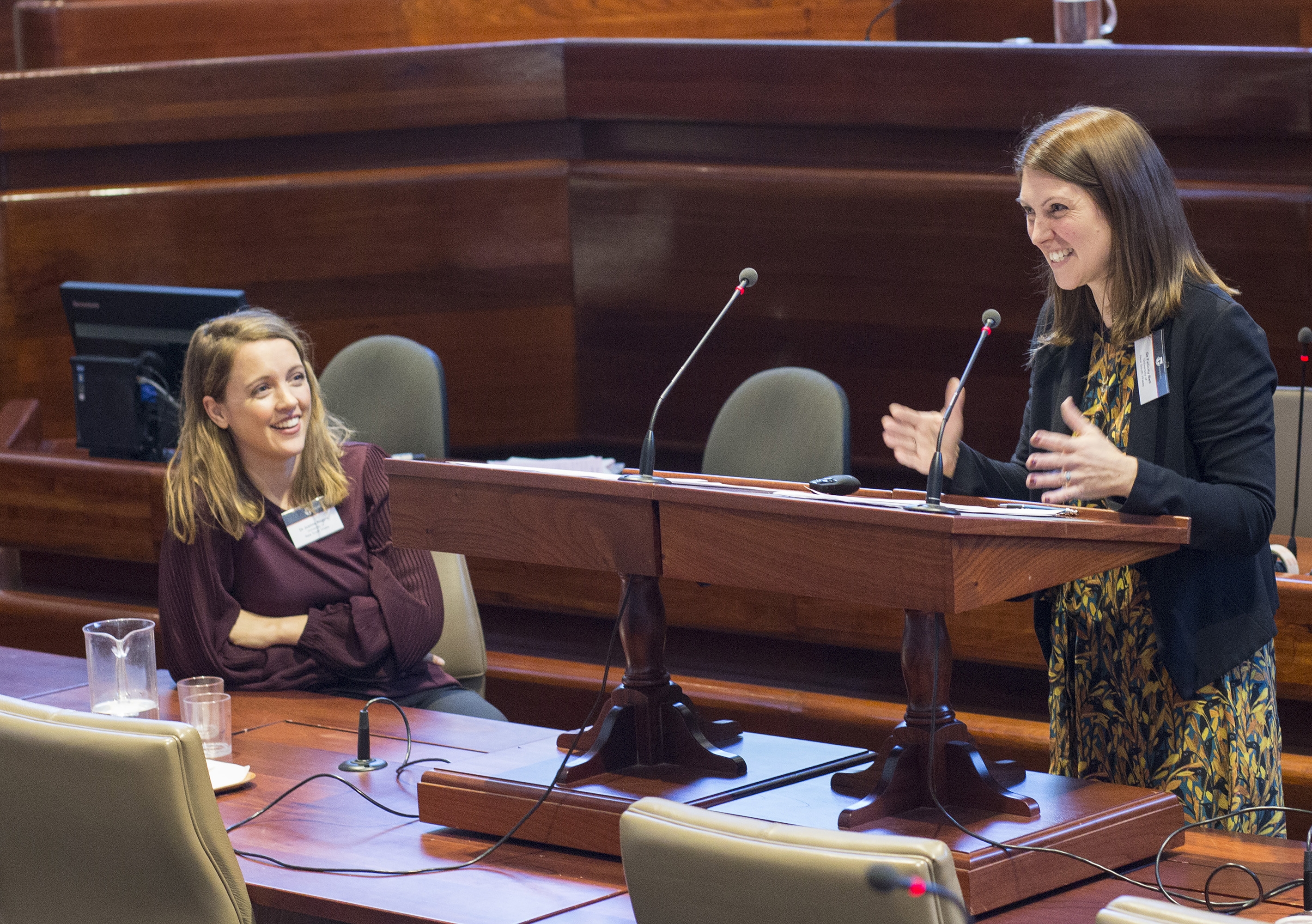 "Nothing is so painful to the human mind as a great and sudden change.” So said Mary Shelley in her 1831 novel Frankenstein and, ironically, it seems as if nothing has changed in that regard.

Technology as the cause of a "great and sudden change" was the subject under discussion when FLIPstream at UNSW Law, whose research focuses on the Future of Law and Innovation in the Profession, took centre stage at a seminar for the Law Society of NSW on Wednesday.

The FLIPstream team, led by Professor Michael Legg, was formed in response to a 2016 report which recognised that the legal profession was undergoing change at a pace never before experienced. This change has major ramifications for not just the legal profession, but for clients and society more generally, particularly in relation to access to justice.

The seminar was held in the Banco Court of the Supreme Court of NSW and was opened by the Chief Justice Thomas Bathurst and the President of the Law Society of NSW, Elizabeth Espinosa.

A hot topic was the potential impact of artificial intelligence (AI) on the legal profession. While legal journals, blogs and media releases are already littered with references to AI, the FLIPstream researchers looked at what the real impacts for the profession were likely to be.

Professor Legg, with FLIPstream’s Research Fellow Dr Felicity Bell, started proceedings by delving into the different ways that AI is being used in legal services – from document automation to predictive analytics – and how it is impacting firms both large and small. They also explored the impact of advances in technology on lawyers' professional responsibilities such as competence, independence and confidentiality.

Dr Bell addressed the seminar about the effects of this push for innovation on the wellbeing of lawyers. With FLIPstream’s Deputy Director Dr Justine Rogers, she explored what the adoption of new technology, particularly AI, means for lawyers.

Dr Bell broke down the potential applications of AI into two categories. Time-saving applications – such as automated review and automated drafting of documents, and so-called ‘expertise automation’ or 'automation of advice-giving' – but also what might be referred to as 'augmenting applications', including legal research tools and predictive analytics. The first category promises to take away some tedious and mechanistic work, such as review of documents, and the second may equip lawyers to do their work better or to a higher standard.

Dr Rogers noted that AI might indeed support wellbeing by enhancing some aspects of professionalism, such as engagement in meaningful work and serving the community. However, it might also inflame existing pressure points in the professional paradigms by heightening harmful elements: increasing competitive tensions in an already hyper-competitive occupation; potentially threatening the loss of lawyers’ monopoly on legal work; and with associated loss of prestige and sense of purpose.

Professor Legg discussed how the future of justice looks with online options for resolving legal disputes becoming more common. He explored how the civil justice system is ripe for disruption due to cost, delay and expectations of an online option. Professor Legg spoke about how jurisdictions around the world, including the UK, Canada and China, are reinventing court systems by embedding technology and online dispute resolution in mainstream civil justice.

Professor Legg talked about the traditional ‘rule of law’ values that underpin the justice system, such as procedural fairness and the emerging ‘consumer values’ of accessibility and understandability. He then delivered a call for action to protect the rule of law values in the face of disruption, or ‘disruption under law’, while also using tech to promote the new consumer values which are central to improving access to justice.

The seminar concluded with a panel chaired by Dr Rogers on the future of legal education. Three experts discussed the changes to the profession explored during the seminar and what impacts they will have in the way universities need to structure law degrees.

The Dean of UNSW Law, Professor George Williams, along with the deans of the law schools at the University of Wollongong and the University of Newcastle spoke about how changes to legal practice, through AI and other technologies, may require a new set of legal skills and therefore a different type of law degree. They explained key innovations that their law schools are using in adapting to this dynamic environment, such as changes to the way law degrees are delivered, and they deliberated over the threats and challenges for legal education posed by the automated profession.

The seminar provided an ideal platform and environment for the legal profession to come together and discuss how to incorporate change in a measured and considerate way.