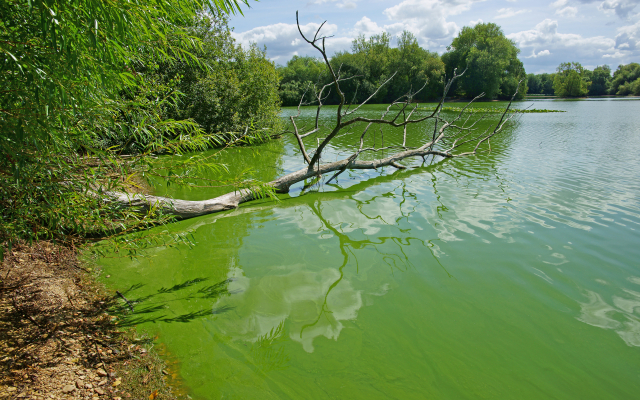 The Nuisance and Harmful Algae Science-Practice Partnership is developing strategies to manage and minimise the risks posed by algae to Melbourne’s waterways.

Algae are vital to a healthy planet: they provide much of the Earth’s oxygen and are at the beginning of the food chain for all animals that depend on water ecosystems.

But these microscopic, photosynthetic organisms – effectively tiny plants that live in our oceans, rivers, streams and poorly maintained swimming pools – can wreak havoc with our waterways by creating toxic conditions for waterlife as well as humans, while also posing a threat to the effective and safe operation of our water utilities.

For this reason, the Nuisance and Harmful Algae Science-Practice Partnership (NHASP) has begun to identify strategies to manage the risks that algae pose to bodies of water, especially when in proximity to water utilities.

NHASP is a multi-institutional and multi-disciplined research program with academics and professionals from UNSW Global Water Institute, the University of Newcastle, the Walter Eliza and Hall Institute of Medical Research, Polytechnique Montréal and Melbourne Water.

UNSW School of Chemical Engineering’s Associate Professor Rita Henderson says that NHASP is an initiative that was instigated by Melbourne Water, which is one of Australia’s biggest water utilities. The group is looking at more effective ways to manage harmful algal blooms by introducing smart surveillance and developing evidence-based, cost-effective policy and asset design for the benefit of the Melbourne region.

“The problems that we're facing are an increase in the frequency and the severity of algal blooms that we feel is driven by climate change factors in combination with increased population,” Associate Professor Henderson says.

“With more people living and working in proximity to waterways, there is the potential for more nutrients to enter the water, from things like agricultural fertiliser runoff.”

A/Professor Henderson’s brief is specifically to look at treatment of drinking water supply systems that may be affected by algal blooms.

“If there's an algal bloom right next to a major water treatment plant, we would have to assume the worst, that it's a toxic algal bloom until proven otherwise.”

Detection of toxic algal blooms can be performed in situ by looking at the DNA of algae, according to NHASP project manager Dr Bojan Tamburic who is a Lecturer with the UNSW School of Civil and Environmental Engineering.

“You can actually take kits out there now,” Dr Tamburic says.

“Once you've identified the region, you then have your genetic marker and you can easily extract DNA, especially if you have a lot of organisms there in a bloom.

“You can determine whether the algae there have the capacity to produce a toxin. It doesn't necessarily mean that they're producing it, it basically flashes a warning light.

“If they find the marker, then they need to go and do further testing and measure for toxins, and if not, then it's fine.”

In addition to project management, Dr Tamburic’s specialised role is in prediction.

“I’m considering what the environmental conditions are which make it especially likely for an algal bloom to occur,” he says. “That then provides advanced warning of problems and then Melbourne Water can respond accordingly. It might mean more frequent sampling, or it might mean diverting water from a particular reservoir or other responses.”

At the nuisance end of the spectrum, algae that are not toxic to humans can nevertheless cause problems such as unpleasant odours in water piped into households.

“People have the ability to smell these compounds produced by algae at nanograms-per-litre level,” A/Professor Henderson says.

“Our noses are so sensitive that algal-derived odours can be detected in the water supply at very low levels, before operators even realise there is algae in the system.”

NHASP is therefore looking at ways to prevent this from happening which would effectively nip customer complaints about odour in the bud.