Notre-Dame: the fire is shattering but not exceptional

The destruction of the prominent landmark and ‘heart and soul’ of the city is also an opportunity to rebuild and restore responsibility for the culture we create. 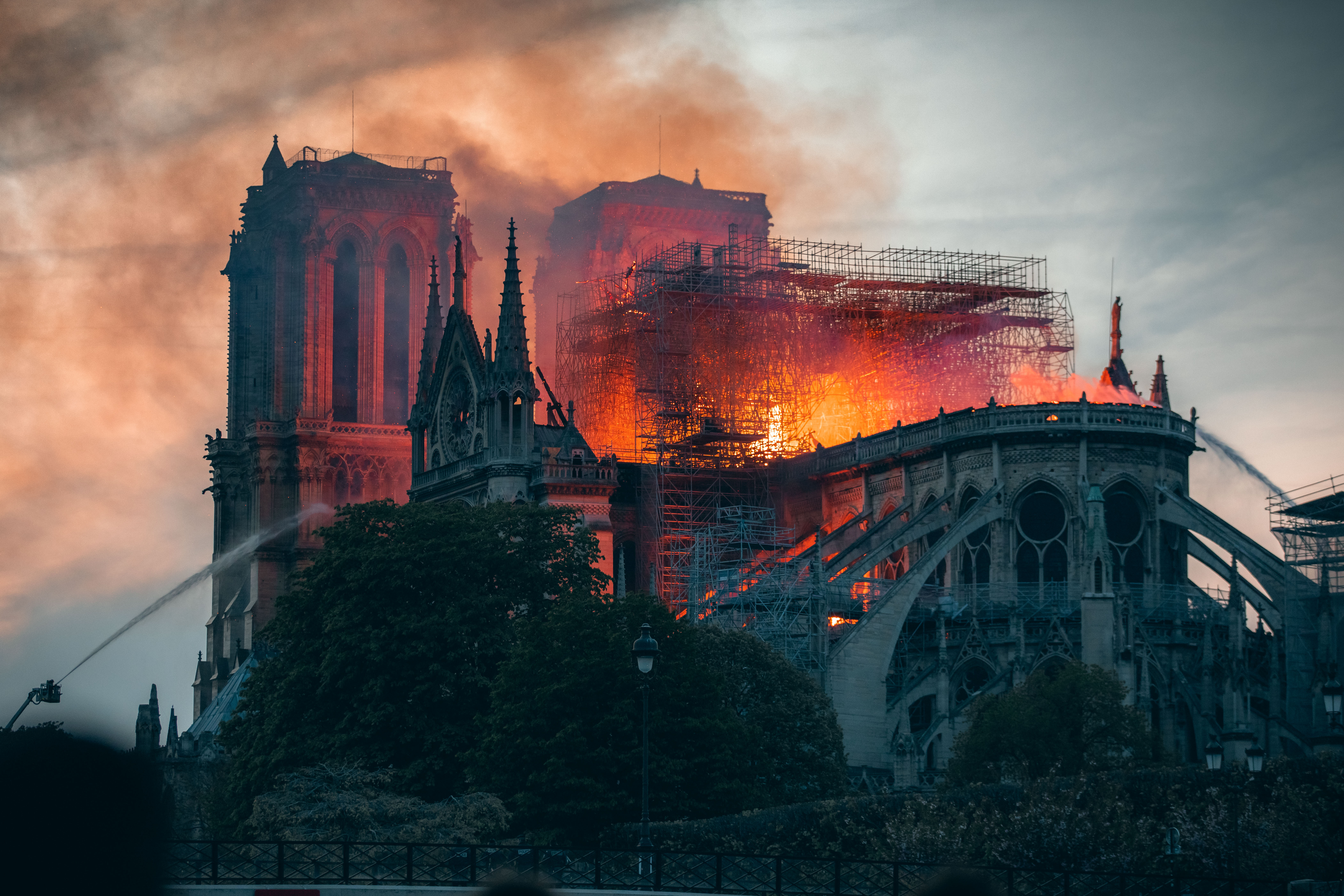 "Notre-Dame is the Parthenon of France", said French art historian Émile Mâle, and he was right. We usually picture Paris as the centre of France, and we picture Notre-Dame as the centre of Paris. It reflects the soul and heart of the country and, as President Macron said, it holds the history of France, its rebellions, its identities, its victories and its defeats.

For this great building to suffer fire is shattering, not only for the French but for all of us. Yet fire is not exceptional. During the middle ages hundreds of churches were destroyed by fire. It was the most common reason for rebuilding.

Stone vaults were designed to withstand fire and turned out to be a successful strategy. When the Chartres Cathedral roof was destroyed by fire in 1836, the vault protected the rest of the building. The roof was rebuilt with a cast-iron frame and copper sheeting that looks extraordinary. Though restorers love to replace damaged work in the same manner as the original, I cannot believe they will rebuild the Notre-Dame roof in timber.

Nevertheless, one of the great vaults in the Notre-Dame nave was destroyed. Possibly because the immensely heavy spire fell onto the nave and destroyed the vault immediately underneath it. Let us remember that the spire was the work of the 19th century and was extremely heavy, being built of lead and iron.

Using modern materials, the rebuilding need not be a long undertaking. France's prime minister has announced an international competition for the redesign of the roofline and spire. This opens up possibilities to make the spire lighter and it also adds a new layer to the philosophy of reconstruction developed by Eugène Emmanuel Viollet-le-Duc’s, the French architect and author who restored many prominent medieval buildings in France including Notre-Dame.

The five years that has been promised for this work seems reasonable as beams and trusses can be built elsewhere and taken to the site for erection. It is the stonework that will take time. The perimeter around the roof, the gables and the bedding for the now-burnt timbers were massively affected by the fire, and replacement won’t be quick work.

Though we think of Notre-Dame as one of the glories of medieval architecture, it is only a single example of the magnificence that emerged from that highly creative period. Many other great buildings share the same noble creativity. One hopes channelling funds into this one work will not detract from what is required to preserve the others.

Most commentators refer to the building works starting in 1163, some years after the second Crusade. However, the design of the wall capitals shows it was begun well over 20 years earlier, and that the works were interrupted by the Crusade, when only some of the capitals around the outer walls had been placed. At that time, the earlier church still existed within these new walls, so the piers that provide such a stunning interior had not even begun. The lower storey is therefore in the pre-Crusade manner when heights were somewhat lower.

In later years, architectural ideas changed, and greater height became important. As construction continued into the 1170s, the heights of the different storeys were significantly increased. At that time, they may have intended to build a lantern over the crossing to glorify the centre and bring light into the middle of the building, as we find today in Laon Cathedral. Logic required the roof be low-pitched so that the lantern would be visible from outside. By the time the nave was completed 30 years later, ideas had changed again, plans for the lantern were scrapped and instead of having a low-pitched roof, they raised the pitch. This happened in many other churches, including Chartres.

Originally the cathedral had giant circular windows around the third level all around the building. But sometime in the 1220s, the uppermost level of windows were enlarged downwards to bring more light into the interior.

Of course, Notre-Dame is famous for being a very dark space. This was intentional. Light was not brightness, but radiance. Lighting was not as we understand it, but the sense that the interior glowed with the presence of God. The glass is, after all, made from stone, just like the building itself. The great windows became walls of iridescent glory.

Thus, different architectural concepts were written into the one building during the many years of its creation. The concept for the western towers – work so heroically saved by the firemen of Paris – were part of the original concept that went back to the period before the first Crusade. There are still remnants in the sculpture of the south door in which a later tympanum incorporated a figure of the virgin almost identical to the north portal at Chartres from the same period.

Like adults who watched the children's climate strike, contrite Parisians are now saying, "On our watch we let it burn". Too much has been taken for granted. Instead of sprinklers, the cathedral was spring-cleaned for the tourists. Instead of protecting the hundreds of similarly beautiful buildings throughout France, only a selected few have received concentrated investment, all for tourism and France’s ‘glory’.

If the tragedy of this fire could ignite a wider understanding of our responsibility for the world we live in and the culture we have created, and were we to be inspired by this extraordinary period of human creativity, then tragedy could be transformed into magnificence.