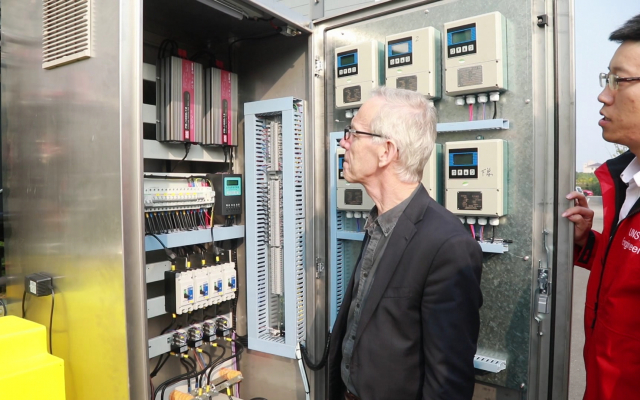 Australia’s ability to reliably produce food for an ever-increasing population is a growing concern amidst droughts and increasingly volatile climate conditions. 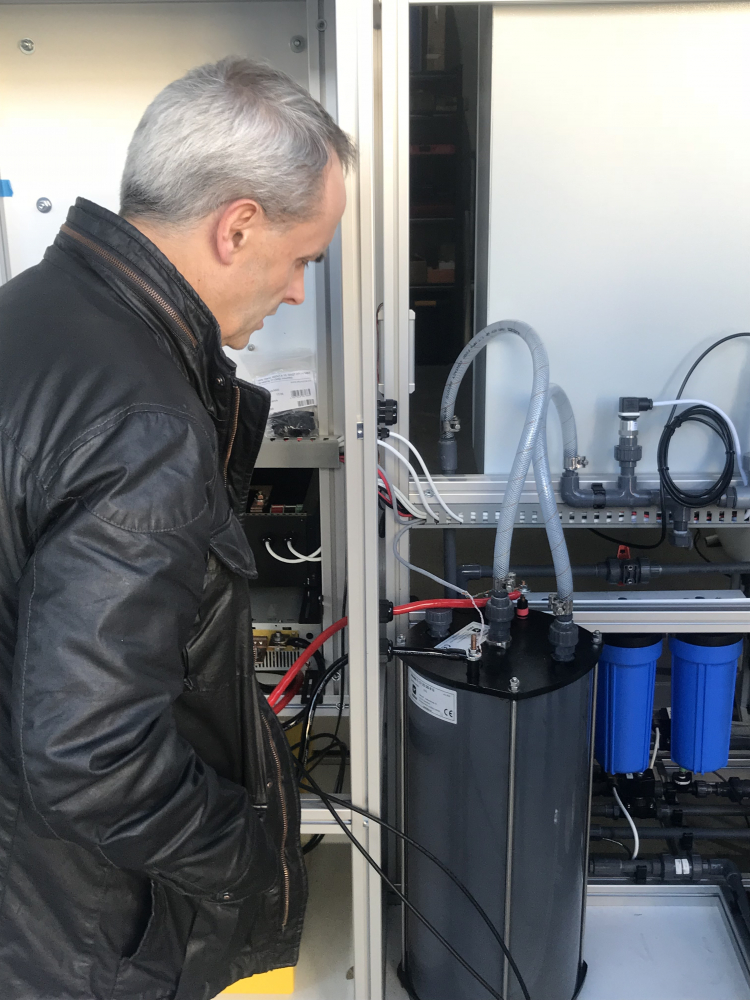 In addition, current Australian agriculture practices rely heavily on groundwater, even though this water source is becoming increasingly saline at many locations, making it impractical to use.

To combat this issue and make fresh water readily available to the farming sector irrespective of the quality of their local groundwater supply, UNSW’s Global Water Institute (GWI) is developing an innovative, solar-powered version of a desalinisation technology called Capacitive Deionization (CDI).

CDI has significant potential to revolutionise irrigation and ensure that Australia can continue to meet growing food production demands and, in doing so, protect Australia against food shortage during times of drought.

While conventional CDI uses mains power, UNSW researchers have developed prototypes powered by solar energy. These solar-powered CDI units are an energy-efficient alternative with low operating voltage and the possibility of energy recovery, making it ideal for brackish water desalination, especially in remote locations where mains power may not be available.  The units are also really easy to maintain, which makes the technology even more suited for use in remote-off grid communities.

The idea for the project was born when Sir Ratan Tata, the Chairman of the philanthropic Tata Trusts in India, visited UNSW to receive an honorary doctorate and challenged researchers to help find ways to provide clean water for Indian villages. Scientia Professor David Waite from the School of Civil and Environmental Engineering accepted the challenge and, with support from Professor John Fletcher from the School of Electrical Engineering and Telecommunications, constructed the first solar-powered prototype unit.

Second and third generation units in which energy usage is reduced by recovering a portion of the energy used have been constructed with funding from an ARC Linkage grant with industry support by Goldwind Environmental Technologies, a Beijing-based company that is the largest manufacturer of wind turbines and now expanding into development of water technologies.

“For this project, we innovated in both the mode of operation of the established technology of membrane capacitive deionisation (MCDI) and the use of solar energy combined with energy recovery to power the device,” said Professor Waite, Executive Director of UNSW Centre of Transformational Environmental Technologies (CTET).

The collaborative team from UNSW’s Faculty of Engineering is now working closely with Goldwind to trial the technology in Xinjiang Province in the far north-west of China. Plans are also underway to trial it in glasshouses both at Western Sydney University’s Hawkesbury campus through the recently announced CRC for Future Food Systems.

Professor Waite says that providing dependable water supply options to the agriculture industry that are cost effective, can function independently of the electricity grid and do not carry a significant environmental burden is essential for Australia's future food security.

“Scope exists for use of this technology in remote parts of Western Australia and the Northern Territory where the treatment of brackish water – typically the only water available – has been problematic using existing technology”.

The UNSW Global Water Institute (UNSW-GWI) is a world leader in water research, innovation and problem solving. As the nation’s most advanced water knowledge hub, the Institute draws on water expertise from seven faculties and 13 specialist centres across the University.