UNSW alumnae off to Antarctica with women leadership program

Two UNSW alumnae are building on their unique strengths as leaders in STEMM – a voyage that will lead them to Earth’s southernmost continent. 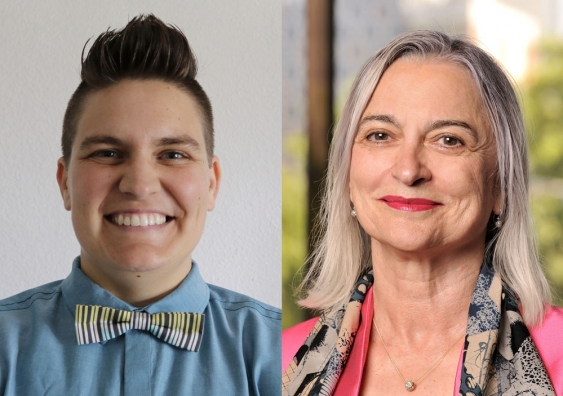 A STEMM education advocate and a biophysical chemist are embarking on a once-in-a-lifetime expedition that will place them in the company of future female leaders … and penguins.

Dr Jeanette McConnell and Professor Frances Separovic are among an international cohort of 95 women selected for the fourth Homeward Bound Program.

The program is a ground-breaking strategic leadership and science initiative for women of diverse STEMM backgrounds that empowers them with skills to impact policy and decision-making, culminating in a three-week expedition to Antarctica in November. 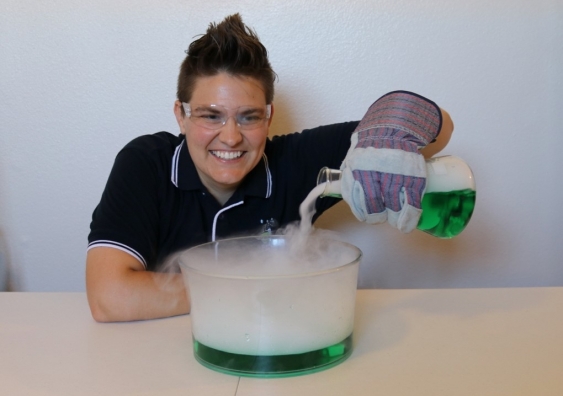 Dr Jeanette McConnell wants to be a great leader for students and show them the limitless possibilities of science.

Dr Jeanette McConnell completed her doctorate at UNSW Science’s School of Chemistry in 2015 – she explored the anti-cancer properties of natural products from marine organisms such as sea fungus.

It was during her PhD that Dr McConnell discovered she preferred communicating her research to working from the lab bench. She became a regular at science communication events such as the 1-minute thesis competition, where entrants battle it out in presentations about their research.

After completing her degree, Dr McConnell wanted to forge a path that would put her greatest strength and passion – her scientific literacy and communication abilities – to use.

“When I was making this transition from academia, I struggled with the feeling that the only valuable thing I could do was stay in academia – anything else felt like a failure,” Dr McConnell says.

Today, Dr McConnell supports people experiencing the same dilemma, and tries to help them find value in using their PhD in areas other than academic research – as Editor-in-Chief for Cheeky Scientist, an organisation that provides resources, training and support to PhD graduates interested in seeking a career outside academia.

“As an educator I want to be a great leader for students and show them the limitless possibilities of science.”

Dr McConnell is also Director of Fizzics Education USA, bringing interactive science workshops to kids of all ages. As a STEMM educator, Dr McConnell is aiming to increase the visibility of science literacy and education and make important scientific issues such as climate change more accessible to the audience.

But more importantly, she wants to help young people uncover their own potential and see the value in STEMM.

“As an educator I want to be a great leader for students and show them the limitless possibilities of science,” says Dr McConnell.

“I want to be the type of leader that empowers others to pursue their own goals.”

Key to that goal is creating an environment where young audiences, regardless of their scientific background, do not feel marginalised or feel that a career in STEMM is outside their reach.

“I especially want to be able to give that experience to young girls and to people who don’t see themselves already reflected in these places of leadership of science,” says Dr McConnell.

“I want to help them see that if they want it – they can do it.”

Growing up, Dr McConnell never have imagined her life would lead her to Antarctica.

“It’s a far-away land you think you can never reach,” she says.

“I never thought I would get to go there with nearly 100 incredible women who are going to be or are already leaders in our world. I’m stoked to meet and learn from these women.” 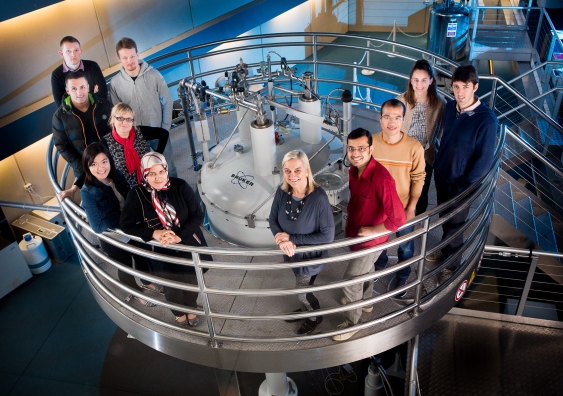 Professor Frances Separovic wants to be a pillar of support for women in STEMM. She is pictured here with her team with the nuclear magnetic resonance, a key instrument in her research. Picture: Peter Casamento

Professor Frances Separovic – a UNSW alumna who completed her PhD in Physics in 1992 – does not view herself as a traditional leader. Instead, she wants to be an unwavering pillar of support for women in STEMM. To her, the Homeward Bound program is a new chapter in her career, from the laboratory towards mentorship.

“I see myself as one of those people who encourages others,” says Professor Separovic.

“Leadership is about empowering people to do things. You encourage them to believe in themselves, make them take ownership of things, be responsible and to be enthused.”

Professor Separovic’s career in STEMM began when she started working at the CSIRO as a laboratory assistant.

Professor Separovic says delving into scientific research never crossed her mind until she got that job at CSIRO – immersed in the laboratory, she discovered her love for the scientific method. That was what inspired her to go back to pursue a research degree.

“People should go ahead and try different opportunities. A lot of people work but don’t really like their jobs,” she says.

“There are challenges and difficulties in science if you want to be a researcher, but that is part of why we love and appreciate it so much.”

In 1992 when she completed her doctorate degree at UNSW Sydney in the School of Physics, she was one of the very few women in her cohort.

“One thing I really enjoyed was being treated as an equal by my supervisor, rather than as a student,” says Professor Separovic.

Today, she is a global leader in the science of membrane polypeptides. Using cutting-edge technologies, Professor Separovic’s research team is aiming to find out how these compounds can be used in the fight against Alzheimer’s, and for new antibiotics.

“Leadership is about empowering people to do things. You encourage them to believe in themselves, make them take ownership of things, be responsible and to be enthused.”

In 2005, Professor Separovic became the first female Professor of Chemistry and then Head of School at the University of Melbourne in 2010.

In 2012 she became the first female chemist elected to the Australian Academy of Science and, in 2018, she was inducted into the Victorian Honour Roll of Women.

Now, Professor Separovic is seeking a different path of helping the next generation of women leaders to take the leap – through Homeward Bound.

“The people who I really admire are those who have the courage to go ahead and do things even when they are not really confident,” says Professor Separovic.

“It’s about being brave. So you need to make people believe in themselves.”