The faculty recognises a significant milestone in a journey that is planned to pick up pace and is striving for 300 Indigenous alumni. 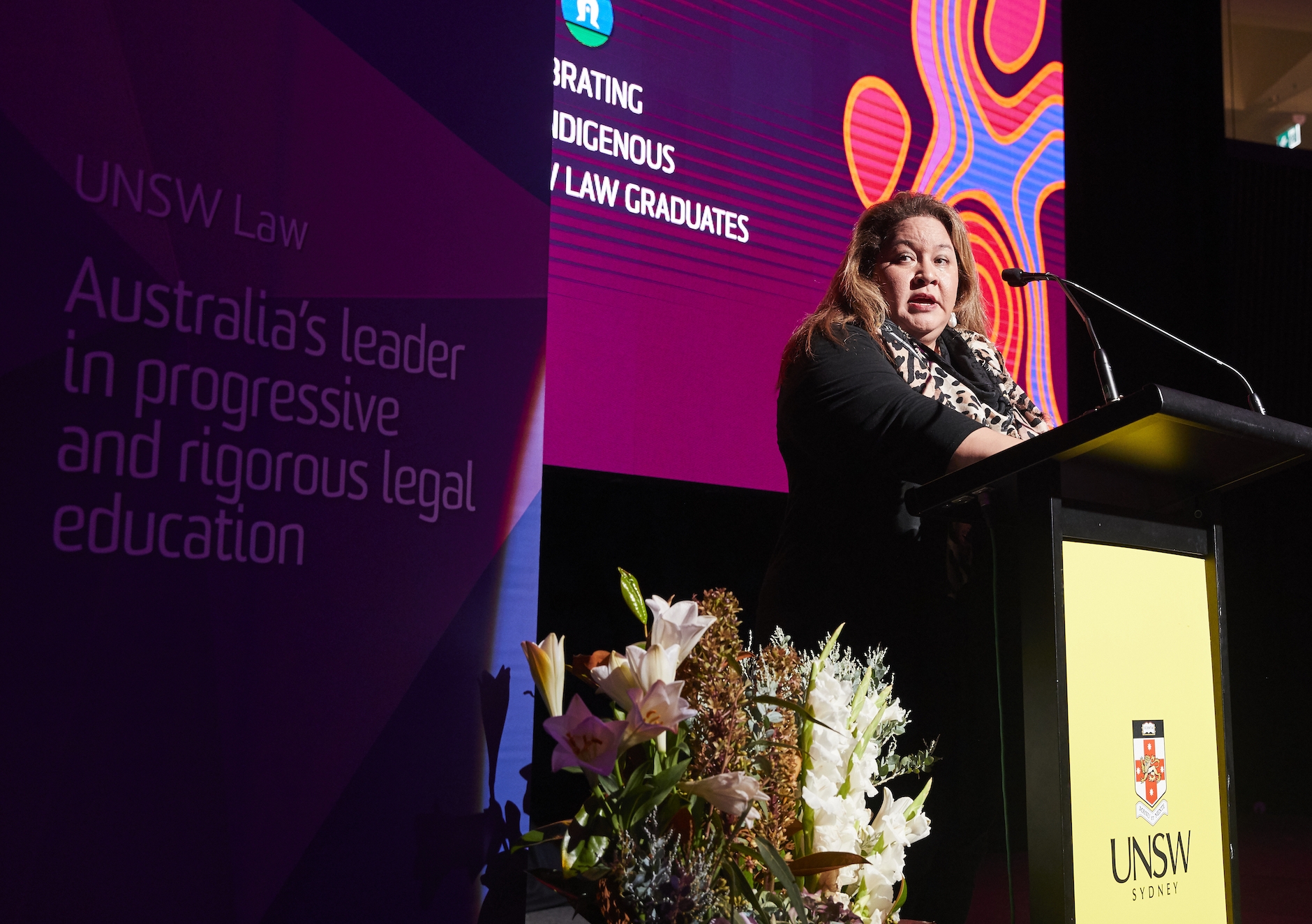 UNSW Law celebrated the many achievements of its more than 100 Indigenous graduates at an event for the respective alumni and the ‘community’ of their families last Friday (29 March).

Among the speakers were the Dean of Law, Professor George Williams, Pro Vice-Chancellor, Indigenous Professor Megan Davis, as well as alumni James Morton (2003) and Teela Reid (2016).

Professor Williams said the event was to celebrate a story of achievement that needed to be told – UNSW is the first university to graduate 100 Indigenous law students.

“The graduation of 100 Indigenous students from UNSW Law is a significant milestone. These students have gone on to extraordinary careers, ranging from high judicial office through to political and community service,” he said.

“Their success reflects the efforts of the students themselves, their families, their teachers and the many others who have provided support to ensure that they have access to a world-class legal education.”

Professor Davis said the largest number, the proudest and most active Aboriginal and Torres Strait Islander lawyers come from UNSW.

“UNSW Law has been home to so many Indigenous law students, with academic staff who are very genuinely and deeply committed to the education of Aboriginal and Torres Strait Islander students as well as research and advocacy for law reform that impacts the lives of Indigenous peoples,” she said.

“This is why I have been loyal to UNSW Law for almost two decades and will continue to be.” 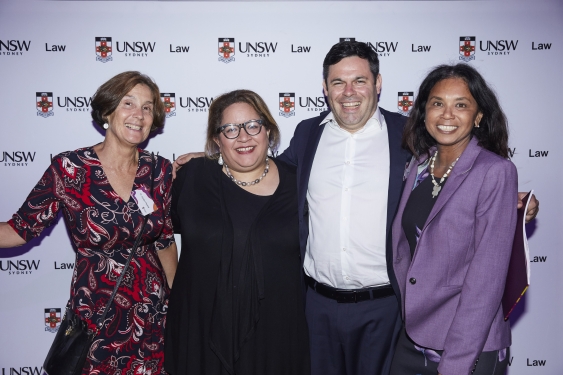 The event wasn’t all talk. The crowd arrived to the sound of Evie J Wylie’s powerful singing and Rhyan Clapham (Dobby), hip-hop artist and UNSW’s first Indigenous Bachelor of Music graduate, performed. Professor Williams described Dobby’s rap 100, written especially for the event, as another “first” for the Law School.

Many alumni sent a strong message that their individual achievements were grounded in the support they had received from their families. They also acknowledged the Law School and academics.

Jenavive Westbury (2018), now working at Legal Aid as a project officer, also worked closely with the Faculty to interview alumni for both the video and booklet for the 100 Indigenous graduates event.

“They [the Faculty] were really invested in getting us not only into the degree, but through the degree,” she said.

“When I was really struggling with my studies, I received help that I didn’t even ask for. Jeni Engel [the Director of Indigenous Legal Education] talked to Shalom College and Nura Gili to get me a residential place when I didn’t have anywhere to live.

“They supported me academically and emotionally and in every way.”

As well as celebrating alumni achievements, the 100 Indigenous graduates event also paid tribute to the Founding Dean’s commitment to social justice for Indigenous Australians. Among the many distinguished guests was Hal Wootten AC QC, who set the faculty on a path of promoting and supporting Indigenous legal education back in 1971.

“As Foundation Dean with no Faculty yet appointed, it fell to me to respond during 1970 to a challenge from young Aboriginal leaders in Redfern, who saw the new Law School’s vision as directly relevant to the harsh and often illegal treatment they received at the hands of police,” he says in the Celebrating 100 Indigenous UNSW Law Graduates booklet.

“To meet this challenge, I worked with these young leaders, and others in the Redfern community, to establish The Aboriginal Legal Service, the first such community-controlled organisation in Australia.”

The Aboriginal Legal Service, originally an unfunded organisation, had its only office and phone in the UNSW Law School. In time, it became a network of government-funded legal services for Indigenous people all over Australia. 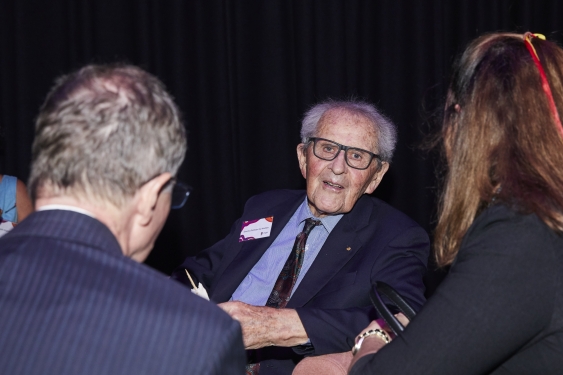 He took the first steps to ensure that there was an avenue of special admission available to Indigenous students in every UNSW faculty, should they need it.

Now UNSW Law School graduates more Indigenous Law students than any other law faculty in Australia, and Professor Williams says they are determined to continue to lead.

“In reflecting on this achievement, we must renew our efforts not only to educate the next 100 indigenous students, but to accelerate the pace so that the historic underrepresentation of Indigenous peoples in the legal, political and other sectors of public life is redressed.

“We have made progress, but still have much to do.”