Researchers at UNSW Sydney have been selected by Sydney Water to test the capability of their patented optical technology to detect leaks, which could save billions of gallons of water annually. 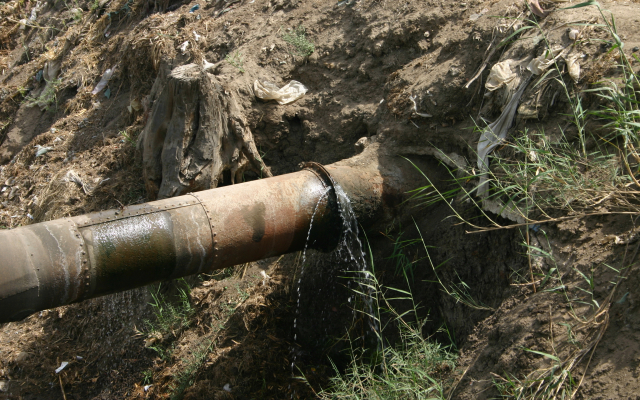 Sydney Water has funded Professor Francois Ladouceur from the UNSW School of Electrical Engineering and Telecommunications and partners Thales Underwater Systems and Zedelef Pty Ltd, to test whether their optical sonar array technology can accurately pinpoint leaks in the city’s water pipes.  An estimated 10% of water is lost daily from Sydney Water mains and it is hoped that this can be largely avoided by finding better ways to detect and fix leaking pipes. 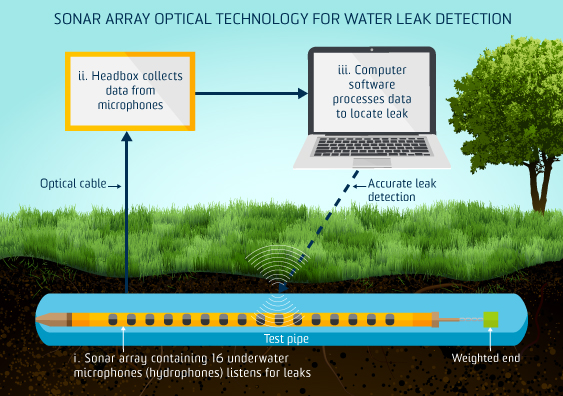 Professor Ladouceur said: “Our sonar array is like a 50-metre strip of garden hose with 16 microphones inside it, equally distributed along its length.

“These microphones detect the smallest of sounds and we use a single optical fibre to send all this information back to dedicated software, that computes where a leak is located.”

The team confirmed the viability of their technology for ocean monitoring in a round of successful trials at Lake Macquarie last year.  For the Sydney Water trial, they will place their sonar array in a water main and then simulate a leak, which Ladouceur expects they’ll be able to pinpoint accurately.

Sydney Water currently uses a variety of approaches to detect leaks within its network of over 22,000kms of pipes, like monitoring rainfall and soil moisture levels, pipe inspections and acoustic listening devices.  These methods can be costly and difficult to deploy over such a large network.

“The incumbent acoustic approach requires copper wires running to and from each microphone to physically connect to the data collection head-end [collection point] where computer software interprets the signals coming from the network,” Professor Ladouceur explained.

“This isn’t too bad if you only have a few microphones, but if you want an array over say 100 microphones or more to cover a larger portion of the network, you’ll end up with a bundle of 200 wires, which will quickly become very expensive, heavy and unwieldly.

The UNSW professor said the use of optical technology allows the bulky bundle of wires to be replaced with a cheaper, lighter and more durable single optical fibre.

Ladouceur and his team hope that this project will provide the basis for the development of the next generation of leak detection at Sydney Water.  Large areas of the water network could be regularly inspected with the design of a longer sonar array, or robots could be used to drag arrays over vast distances through the pipes to listen for leaks.

The end goal would be to cover as much of the water network as possible to detect and fix leaks, thereby preventing further losses of arguably our most valuable natural resource.

“If the economics work out, our technology could be laid down inside of all new pipes as they’re being built, and then they will have permanent leak detection,” Ladouceur said.