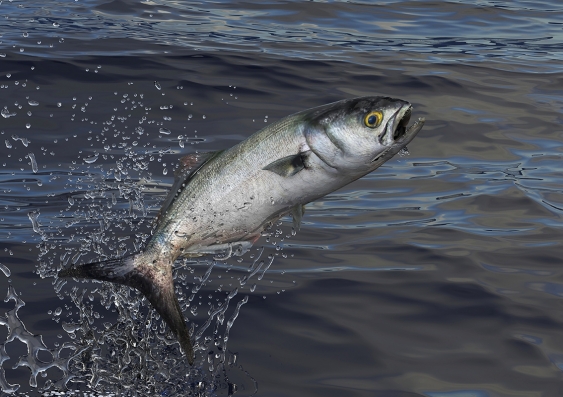 Size limits of the key fishing species tailor in NSW waters may need to be reconsidered after researchers noted that its biology has changed over the last few decades.

In a paper published recently in Marine Environmental Research, UNSW Sydney researchers found that the length at which maturity occurs has increased by 5cm in 40 years.

Lead author Hayden Schilling, from UNSW School of Biological, Earth and Environmental Sciences, says the length of maturity for tailor – also known as bluefish – has increased from around 30cm in 1977 to 35 cm today.

“Management of this species is currently successful but is largely based on research conducted 40 years ago and it is important that management keeps up with what we know about the species,” Mr Schilling says.

“A larger length at maturity has important implications for the management of this species.

“It means that we could be potentially catching tailor too early in its life cycle as these fish can currently be caught and kept at immature sizes.”

“This increased length at maturity was presumably due to the effective increased management implemented from 1990 and more fish surviving longer than they used to. This has the effect of reducing the selection pressure for earlier maturity.”

Another finding in the paper was that the sex ratio of tailor has changed back to being biased towards females.

“In 1977 there were equal numbers of male and female tailor, but now there are 3 females to every 2 males,” Mr Schilling says.

“We can’t be certain, but we believe that the past heavy fishing before management began in 1990 drove the population to an equal sex ratio, and now that this pressure has lessened, the population is returning to a natural female biased sex ratio.

“It could also be a temperature effect from climate change, but we acknowledge this as unlikely in the paper.”

A surprising finding in the study was the discovery of a late-summer spawning period in northern NSW in addition to the known one at Fraser Island, which is traditionally targeted by recreational fishers in August-October.

“The implication is that reproduction is occurring in NSW waters, not just QLD, and that the spawning area is a lot larger than previously recognised,” Mr Schilling says.

Following the release of the findings of the study, Mr Schilling hopes the NSW Department of Primary Industries considers raising the minimum legal length of tailor to promote increased egg production by allowing all fish to reach maturity. Mr Schilling says it is worth noting that in Queensland, the legal length for the fish is already at 35cm.

“Increasing the NSW legal length from 30cm to match the Queensland limit of 35cm would allow more fish to reach maturity and produce eggs prior to being captured and therefore increase overall egg production.”

A recent stock assessment determined that the east Australian tailor population is currently sustainable, although potentially vulnerable to natural variation in recruitment – when a juvenile organism joins a population – which may cause tailor to be overexploited in some years.

Increasing egg production by raising the legal length limit to be above the length at maturity may help to reduce variability in recruitment.