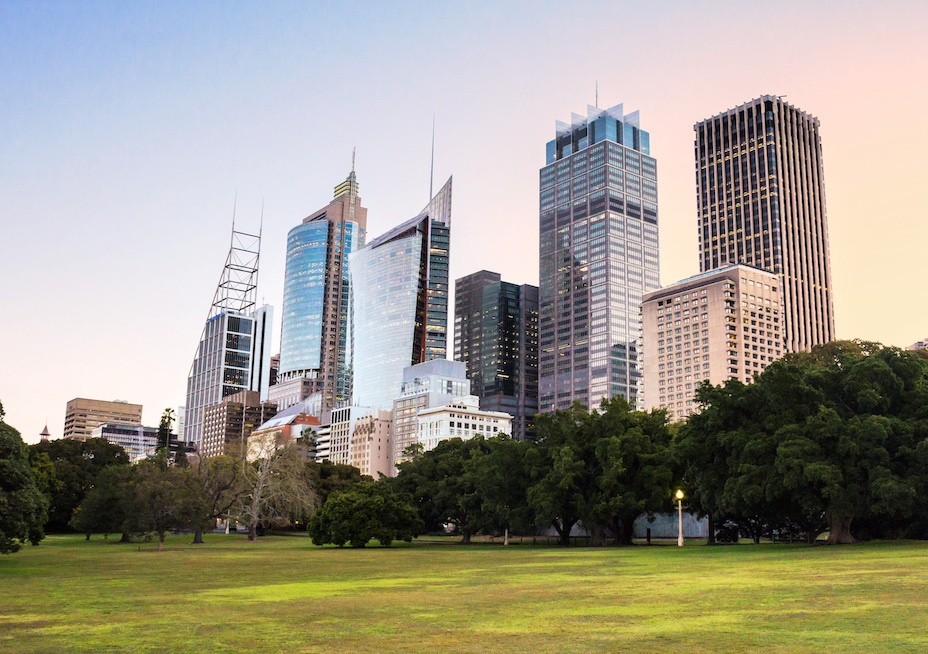 In 2000, the City of Sydney introduced planning provisions to ensure ‘design excellence’ in new significant public and private buildings in the CBD. After almost two decades, research shows that the process consistently strikes a balance between public interest and commercial requirements while elevating design quality.

Robert Freestone, Professor of Planning in the Faculty of Built Environment, presented a summary of the research at a talk – ‘Designing the Global City’ – last week. Built Environment staff and students, as well as industry representatives, attended the event held by Cities @ UNSW in partnership with CTBUH (Council on Tall Buildings and Urban Habitat).

The research – an Australian Research Council (ARC) Discovery Grant project – looked at how the City of Sydney’s mandatory design competitions work and what they are delivering. It included appraisals of 26 projects completed under the planning provisions and interviews with 60 people involved with the process, seeking both their positive and negative feedback.

The outcomes have been published recently in a book – Designing the Global City: Design Excellence, Competitions and the Remaking of Central Sydney – co-authored by Professor Freestone, Gethin Davison, lecturer in UNSW Built Environment’s City Planning and Design, and University of Canberra’s Professor Richard Hu.

Professor Freestone said the research team made an original contribution in its scope. “It stitches together themes that are relevant to both public policy and academic research,” he said. “And we weren’t just looking at one competition, which is what tends to dominate architectural literature. We were looking at a suite of competitions under one sponsor for the best part of two decades.”

“We identified three factors that led the way for the innovation we saw from the Sydney City Council at the turn of the century. One was a wider predisposition to design and design quality from the 1980s onwards. The second was a precedent of design competitions for securing excellence, primarily for public buildings like the Opera House but also for private development. And the third was the evolution of better governance at City Council which, under independent lord mayor Frank Sartor, was moving towards a more progressive and enlightened approach and had also adopted the Living City Strategy in 1994.”

Professor Freestone said it’s important to recognise that the mandatory competitions are part of a complex planning system.

“The design excellence philosophy of the City Council isn’t just about these competitions, which sit inside other processes and development approval pathways that affect design outcomes. Also, design excellence in Sydney City’s terms refers to the broader public domain as well.”

Under the City’s Local Environmental Plan, all public and private developments in the CBD are subject to the competitive design process when they meet at least one of three thresholds: height (55m), site area (1500m2) or capital value ($100 million). Through the statutory planning process, a panel chooses the best from a minimum of three designs.

Between 2000 and 2017, the panel granted planning approval to 46 proposals, representing a total investment of more than $7 billion and producing nearly 2 million square metres of commercial floor space. Eighty-eight architectural firms put proposals forward during that period. The buildings’ design quality is evident in the number of awards they have won – at the beginning of 2018 nearly two-thirds of completed projects had received major industry and professional awards.

In Designing the Global City, the authors single out three impressive developments and the processes they went through – EY Tower, 60 Martin Place and AMP’s Quay Quarter. Professor Freestone described them in his talk as “premium global city projects”.

“I think what Frank Sartor and his team introduced all those years ago is just one element of a wider package of reform that has become a lasting and very interesting urban design regime. It appears to be an internationally unique system that deserves nurturing.”

‘Designing the Global City’ was a Cities @ UNSW talk held in partnership with CTBUH, and sponsored by Ethos Urban and UNSW Built Environment’s event sponsor Lendlease.

Find out more about the Designing Global Sydney research.