Curious Kids: what's the tallest skyscraper it's possible to build?

It would be difficult, but we could probably build a tower over 2,000 metres tall, which would be like ten normal skyscrapers on top of each other! This is probably not a very good idea though. 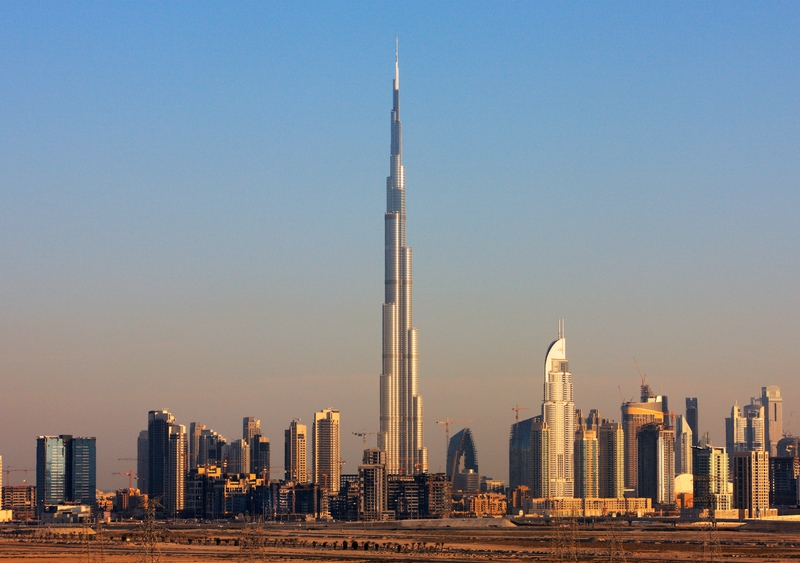 Curious Kids is a series for children. If you have a question you’d like an expert to answer, send it to curiouskids@theconversation.edu.au You might also like the podcast Imagine This, a co-production between ABC KIDS listen and The Conversation, based on Curious Kids.

Great question! The world’s current tallest skyscraper is the Burj Khalifa in Dubai. It’s 828 metres tall, which is over two-and-a-half times as tall as any skyscraper in Australia.

However, there is a skyscraper being built in Jeddah, Saudi Arabia, that will be over 1,000 metres tall when it’s finished. This will be the first building to ever rise over a kilometre high. It will also have 167 floors on top of each other!

So, how tall could we build a skyscraper? It would be difficult, but we could probably build a tower over 2,000 metres tall, which would be like ten normal skyscrapers on top of each other!

This is probably not a very good idea though. Building such a mega-tall skyscraper would use a huge amount of concrete and steel. Using lots of these materials when we don’t need to can be bad for the environment. It’s usually much better for the environment if we build smaller skyscrapers, maybe up to 300 metres tall.

In fact, there are lots of challenges when you design and build a mega-tall skyscraper.

The biggest difficulty is the wind. It blows on a skyscraper and tries to push it over, so you need to design a structure that keeps the building stable. The wind can also make a tower sway from side to side, so that people at the very top can even feel seasick.

Architects and engineers have lots of technologies to help stop this. Some of the tallest skyscrapers in the world have a giant pendulum at the top, inside the building, called a “tuned mass damper”. 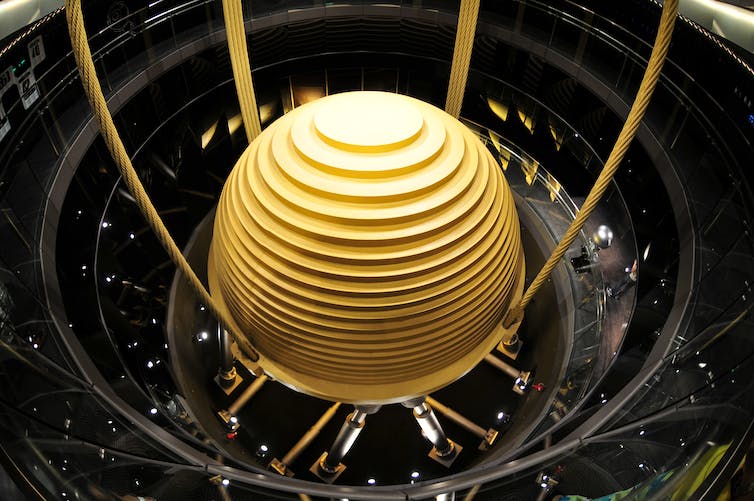 Here’s the tuned mass damper inside a very tall building in Taiwan called the Taipei 101 building. Flickr/riNux, CC BY

Imagine a ball of steel the size of a house hanging from ropes inside a skyscraper. When the wind blows, the pendulum swings back and forth, absorbing the energy of the wind, to stop the building swaying.

Other buildings have pools of water at the top. When the wind blows it makes the water slosh around. Giant paddles in the pool absorb the water’s movement, which stops the building from swaying.

Another way to stop the wind is to use a clever skyscraper shape. When the wind blows on a skyscraper it creates swirls of air called vortices – like whirlpools in the sky. 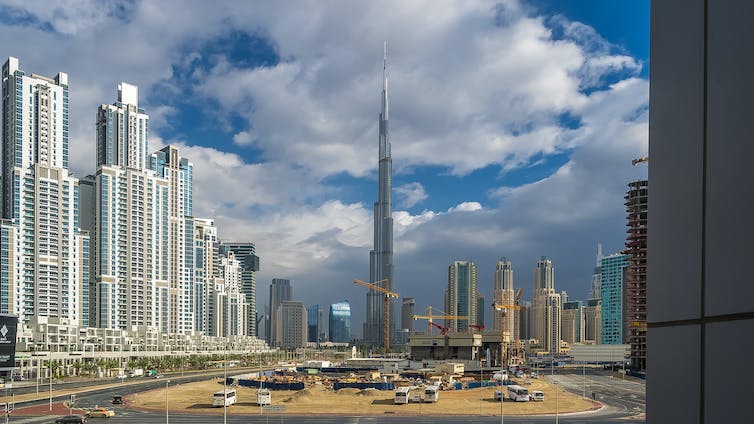 The Burj Khalifa building in Dubai is thin at the top and wide at the bottom, with giant steps down the side. Flickr/Adam, CC BY

If these happen regularly, it can make the building sway back and forth. The Burj Khalifa building in Dubai is thin at the top and wide at the bottom, with giant steps down the side. The steps make the vortices happen at different heights to help stop the building from swaying in the wind.

Getting to the top

Another big challenge is how do you get to the top of a building that is one kilometre tall? Walking up the stairs isn’t an option as there would be more than 3,000 steps!

Taking the lift would be a good idea, but you’d need a very fast lift. Otherwise it would take ages to get up or down the building.

Some of theses lifts can travel at 70km/h, the speed of cars on a highway. At that speed you would go past five floors every second and soon be at the top.

You would also need lots of lifts in a kilometre-high skyscraper. The Jeddah Tower will have 59 of them! They will have super-strong carbon fibre ropes to carry the lift, as normal ropes just aren’t strong enough.