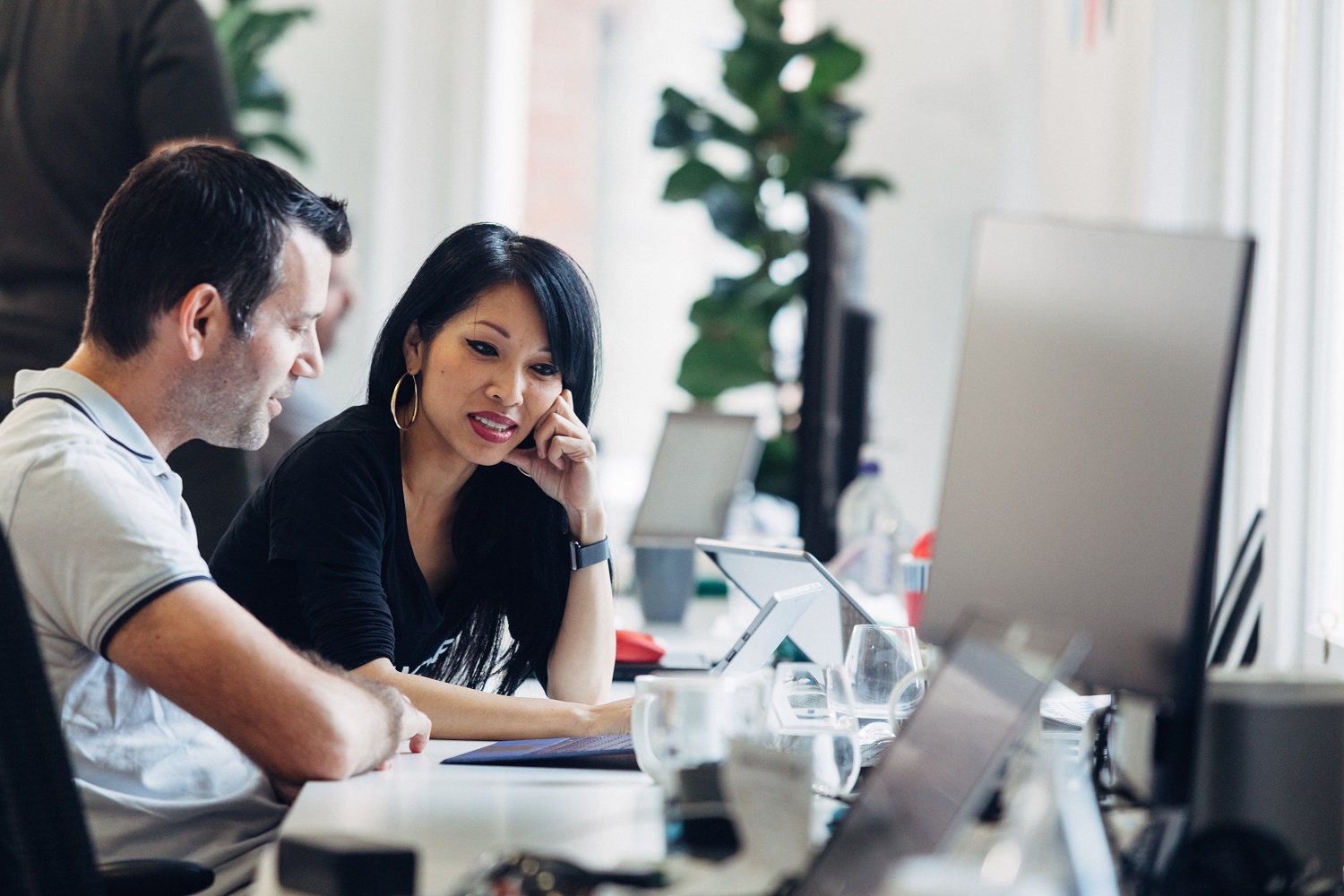 ​Digital giants are no longer passively introducing new products – they're actively influencing industry disruption. This was one of the key takeaways at AGSM @ UNSW Business School's recent Leading Digital Transformation Masterclass series – and a call for leaders of organisations from all sectors to embrace the inevitability of digital transformation within their industries.

Keynote speaker Professor Venkat Venkatraman from Questrom Business School, Boston University shared insights into the challenges established organisations must overcome to succeed in the 21st century – including why he's optimistic they can continue to thrive when they adopt an adaptive mindset.

"Digital transformation is the defining leadership challenge right now. As long as traditional leaders can break free from their old ways of thinking and operating, digital technology can help them orchestrate a successful future."

For over 30 years, Professor Venkatraman has dedicated his professional life to educating business leaders in managing and maximising the role of technology. In 2017 he published the influential book The Digital Matrix. During the masterclass he encouraged leaders to re-think traditional business models to enable them to compete in a world where the pace of technology is rapidly increasing.

Using technology as a tailwind

His view is executives who take the latter approach will be in good stead for the future. "These leaders understand that the future is not an extrapolation of their past – and this is what will see them succeed during change."

Professor Venkatraman shared comparisons of world leading companies in 2007, when the six global leaders were oil companies and banks and 2019, when seven digital companies – including Apple, Google and Amazon were among the world's most profitable organisations.

"When we compare the steady historical growth of incumbent companies versus the rapid trajectory of digital companies in the past 10 years, and see the stark difference in scale and speed – it's clear technology is playing a pivotal part in how companies have grown," said Professor Venkatraman. "Historically, companies have grown by shifting from one product, market or country and growing from there – it was a predictable pattern."

Now, a different set of patterns and disruptive actions are seeing digital giants grow at a rapid non-linear pace. "We need to be paying close attention to these companies. They're no longer passively delegating services – they're using technology to disrupt, influence and impact transformation of other industries."

A digital mandate to defend, and then design

Professor Venkatraman says organisations need digital technology to achieve two things: to defend the core of their business, and help them design for the new. Take the automotive industry for example. "For automakers, they need technology to make cars more efficient, while also preparing car makers to compete against Uber and Google's cars."

He says every industry will see a similar trigger point where they must adopt new technology so they can continue to participate in their changing market, while they also orchestrate their next move. "When will that happen in your industry?" he questioned the room of executives. "And how can you lead change as an orchestrator rather than reacting as a participant?"

His suggestion is organisations must begin to experiment and invest in new technology, especially given who they're up against.

"Ambitious start-ups are seeking scale at speed, and incumbents struggle to keep up," says Professor Venkatraman. "A range of start-ups have emerged and grown and they all share two common characteristics: they believe they can do things that existing companies can do, and they're backed by venture capitalists who can jump straight in with the funds to experiment."

By contrast, he says large companies will analyse before they begin any new project, which already sets them up to fall behind. "They're also notoriously bad at knowing when to stop a project that's not working. So while they're focused on following a predefined course of action, their competitors are exploding the frontiers of what's possible. They need to take a different course of action."

What's your strategy in the ecosystem?

Venkatraman says there are three phases of transformation that leaders must be aware of:

Then they must establish their strategy in the ecosystem. "You need to consider what it is the digital giants are experimenting with today that they could change in your industry tomorrow," said Venkatraman.

Next, start identifying digital and experimental partnerships. "Do not try to do digital transformation by yourself. Think about the partners that make sense to building your core business, by doing things differently."

In June, AGSM will launch a new hands-on program that equips leaders with the practical knowledge and strategic tools they need to successfully lead their organisation through digital transformation.