Revolutionising coastal monitoring, one social media photo at a time 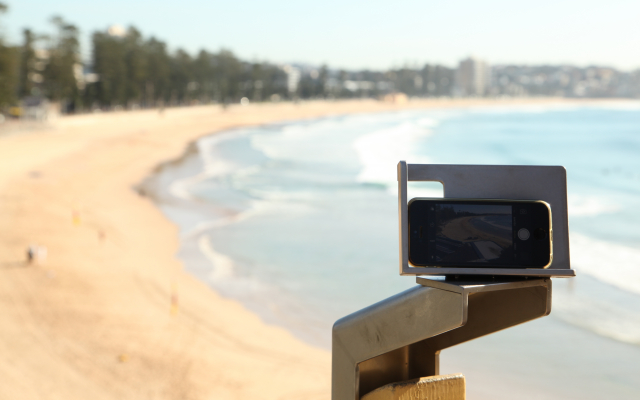 A citizen science project led by UNSW engineers is leveraging thousands of crowd-sourced photos from social media, helping create new insights into how beaches respond to changing weather and wave conditions, and extreme storms – and now a new study has shown the program to be nearly as accurate and effective as professional shoreline monitoring equipment.

The study – recently published in the journal Coastal Engineering – is a collaboration between engineers from the UNSW Water Research Laboratory and the NSW Office of Environment and Heritage.

“To collect data about shoreline change over time, we previously had to rely on expensive monitoring equipment or exhaustive fieldwork to gather data by hand,” explains Dr Mitchell Harley from UNSW’s School of Civil and Environmental Engineering, who has led the study.

“In our new study, we present an innovative ‘citizen science’ approach to collecting shoreline data, by tapping into the incredible amount of social media images taken at the coast every single day.

“We rigorously tested this technique at two beaches in Sydney over a 7-month period – Manly and North Narrabeen – and found that the shoreline data obtained from this community-based technology was comparable in accuracy to that collected by professional shoreline monitoring equipment.”

CoastSnap – a community program founded in 2017 – turns the average community member into a coastal scientist, using only their smartphone to take pictures of the coastline.

“CoastSnap is a network of simple camera mounts at beaches that invite the public to take a photo and upload it to social media, using a specific hashtag,” says Dr Mitchell Harley.

Using algorithms to track the shoreline position, the images collected are then analysed to help researchers and the community understand why some beaches are more resilient to change than others. The imagery can also be used to inform coastal management and planning decisions. 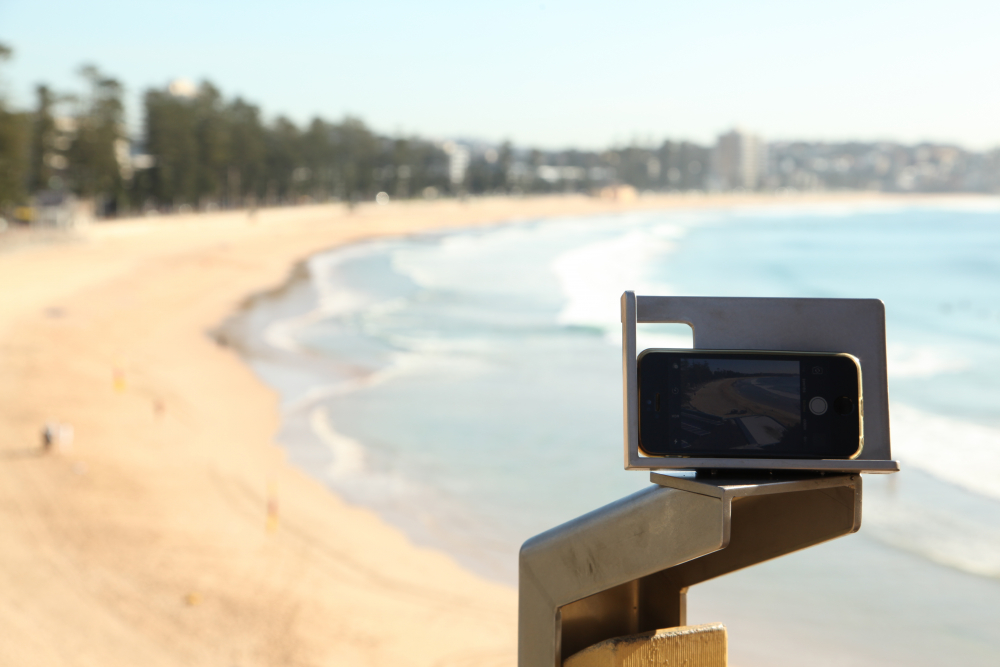 Despite the technical challenges presented with this method of data collection, which include the low resolution of social media images and the involvement of non-professionals in the gathering of the data, the technique has proven that the research does not need expensive equipment to collect useful data.

Dr Harley says the collection of photos at all the different stations will be the global eyes observing likely changes to the coastline in the coming years.

“The data we have collected so far has revealed some very interesting patterns that waves and tides have caused. Some sites have seen the coastline fluctuate by up to 50m back and forth, whereas at some nearby sites, the same coastline has remained stagnant.

“This type of information is critical to be able to help predict how the coastline changes in response to changing waves and storms,” says Dr Harley.

“Ultimately we would like to use this information to assist coastal managers in reducing the risk of coastal erosion – and to identify coastal erosion hotspots that need particular attention.”

The idea for CoastSnap stems from the Water Research Laboratory’s work in coastal imaging technology, which has been in development for over a decade. The technology made use of high-tech video cameras installed on top of beachfront buildings; but in contrast to CoastSnap, that equipment was quite expensive.

Ultimately we would like to use this information to assist coastal managers in reducing the risk of coastal erosion – and to identify coastal erosion hotspots that need particular attention.

Now celebrating the program’s two-year anniversary this month, CoastSnap had humble beginnings, with the first two snap stations installed at Manly and North Narrabeen in May 2017. Since then, over 2,500 images have been submitted from 4 NSW CoastSnap stations from almost 1,000 individual community participants.

The team says the technique has the potential to revolutionise the way coastlines are monitored worldwide, by expanding to coastlines where there previously was little data coverage, particularly in countries with limited resources.

The team have had positive community feedback and participation so far.

“Engaging the community in the data collection process really helps to break down barriers between coastal managers, government and the people that enjoy the coast on a daily basis.

“This leads to a greater democratisation of decisions being made at the coast, so that better decisions are made for everyone to benefit.”