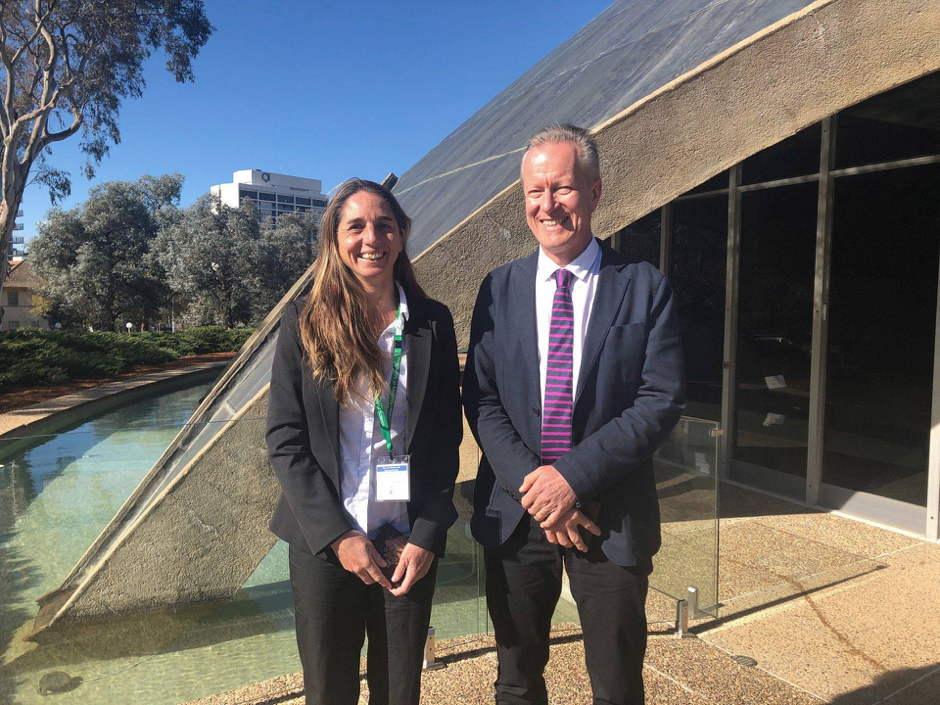 Scientia Fellow Dr Laurie Menviel has been honoured by The Australian Academy of Science for her research on the impact of ocean currents on the global climate.

Dr Menviel, an early career researcher and ARC Future Fellow who received the Dorothy Hill Medal, has made major contributions to better understanding oceanic circulation, its variability and its impact on global climate, the carbon cycle and the cryosphere.

With research that focuses on understanding the role of ocean circulation in past and future abrupt climate change, Dr Menviel aims to better understand the sensitivity of ocean currents in order to improve projections of climate and sea-level rise under different scenarios.

Laurie is among 20 of Australia’s top scientists to be recognised with honorific awards by the country’s most prestigious scientific organisation, and joins CCRC's Dr Andrea Taschetto (2016) and A.Prof Lisa Alexander (2013) in receiving this esteemed award.