Regulations that are meant to protect residents from building failures and fires have been found wanting. All governments must take responsibility for fixing the defective regime they created. 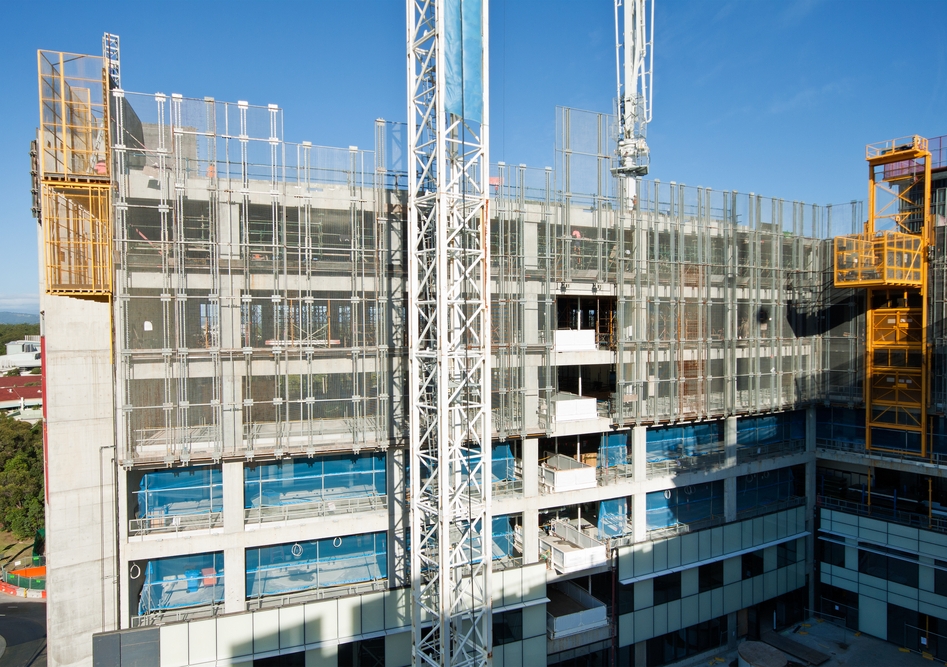 Hundreds of residents in a Sydney apartment complex, the 122-unit Mascot Towers, were evacuated last Sunday when cracks began to appear due to a serious structural failure. And it isn’t clear when the residents can return.

This crisis echoes the structural failure at Opal Tower and its evacuation on Christmas Eve last year. We have seen a series of serious building failures and fires in recent years. And state and federal governments have had more than year to act on recommendations for better construction regulations, but instead they’re shifting blame.

Although each building failure was different, the end result is the same: misery for the residents and a looming financial disaster for the owners.

We’re getting to the bottom of what happened. The NSW government will hold everybody to account, that’s our role.

But the government’s role is to regulate sufficiently to prevent building failures in the first place, not to hold people to account after the event.

Building regulations since the Great Fire of London

Prevention of construction failures has been the bedrock of building regulations ever since the Great Fire of London in 1666. In the aftermath, the English government realised there was not much use in raking through the ashes and trying to hold people to account, and that an ounce of prevention was worth a pound of cure. This led to the parliament passing regulations to prevent the spread of fire between buildings.

Governments all around the developed world took the lesson of the Great Fire to heart. Their common goal has been to proactively ensure buildings are constructed properly and are safe as a result.

This has been a pretty successful effort and most significant building failures since 1666 have contributed to a more comprehensive and effective regulatory regime.

Prior to the Opal Tower emergency, there had been only one significant evacuation of a multi-unit residential building in NSW due to structural failure. That was a result of the 2009 gas explosion at Eastgate Towers in Bondi Junction.

However, depending on which research you read, either 72% or 97% of strata apartments suffer from serious defects when they’re finished.

There have also been a series of other problems with recent buildings. These include lead in water caused by imported brass plumbing components, non-complying imported electrical cables and failures in the installation of fire doors, fire walls and fire door frames.

Why has this happened?

The states progressively introduced the Building Code of Australia (now the National Construction Code) during the 1990s as part of an agreed plan between the states and the federal government to make building regulations less prescriptive.

The aim was to reduce the cost of construction by favouring “innovation” over conservative “deemed to satisfy” regulations. Innovation, in these terms, meant finding ways to make buildings cheaper to build.

This move coincided with the globalisation of the building materials supply industry and a boom in the construction of tall apartment buildings in Australia.

Some of the innovation has been innocuous, or even beneficial, such as the introduction of a variety of lightweight interior wall systems, but some have resulted in substantial remediation bills – combustible cladding being the prime example. Inspection and responsibility for the plethora of imported components is virtually non-existent.

The downstream cost of failure has landed squarely in the laps of the building owners, many of them owners of tall apartments.

It’s difficult to estimate the total bill for remedial works to tall apartment buildings built over the last 25 years, but it may well exceed the Productivity Commission estimates of savings resulting from the introduction of the National Construction Code.

The federal minister responsible for building regulations, Karen Andrews, says the states are to blame.

And some states, including NSW, have resorted to tough talk about crackdowns on “dodgy” certifiers and “dodgy” builders. In reality, the problem is dodgy government regulation, by both federal and state governments.

The federal and state governments already have an initial plan for fixing these problems. The Shergold-Weir report was delivered to the Building Ministers’ Forum in February 2018.

As the report said:

After having examined the matters put to us, we have concluded that the nature and extent [of building defects] are significant and concerning. The problems have led to diminishing public confidence that the building and construction industry can deliver compliant, safe buildings which will perform to the expected standards over the long term.

Since then, state and federal governments have done almost nothing to implement the recommendations of the report, despite the 2018 Christmas Eve failure at Opal and the fire at Neo200 in Melbourne the following February.

The report itself states:

The recommendations have been designed to form a holistic and structured framework to improve the compliance and enforcement systems of the [National Construction Code] across the country. They form a coherent package. They would best be implemented in their entirety.

In NSW, the published response to Shergold-Weir is a patchwork focusing on holding people to account after a building construction event. This is the reverse of the proactive approach developed following the Great Fire of London.

The NSW government is set to appoint a building commissioner to oversee qualifications and to review building documentation.

But this will likely not achieve much, unless the government commits to upskilling workers throughout the industry and backs up desktop audits by increasing direct inspections on site. Neither of these things appears to be part of its plan.

All governments must take an active role in fixing the defective regulatory regime they have created. If they can’t get on with this process in a timely way, we will need yet another royal commission to sort it out.

The least Premier Berejiklian can do is to treat the Mascot Towers and Opal events in the same way the government treats natural disasters and provide housing assistance to residents who have been displaced through no fault of their own.