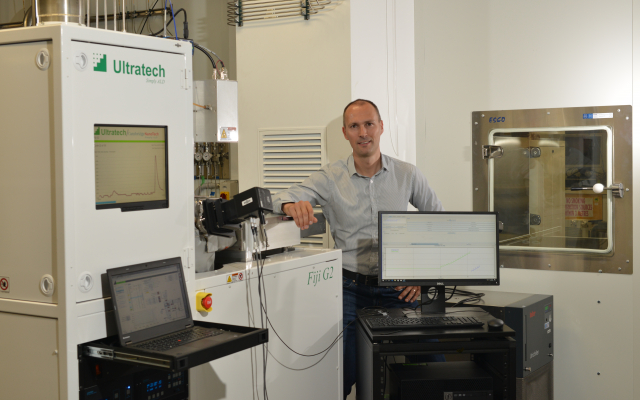 Just six months after signing an agreement to jointly improve the production of solar cells, UNSW’s School of Photovoltaic and Renewable Energy Engineering and a leading photovoltaic production machinery manufacturer already have their first breakthrough in production. 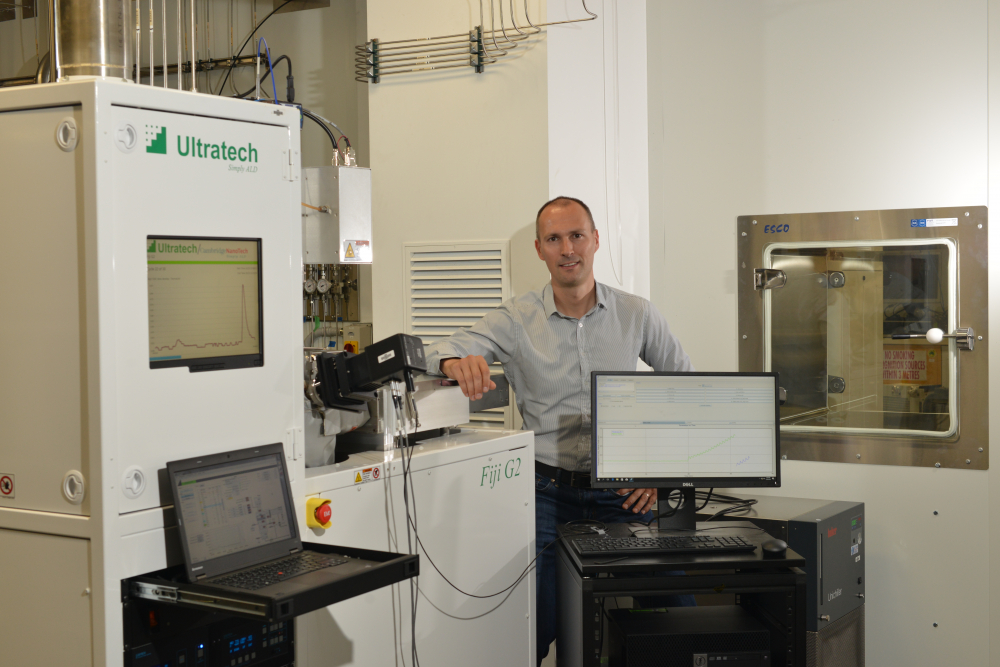 Associate Professor Bram Hoex and team are working with their Chinese partner, Leadmicro, to improve the efficiency and reduce costs of solar cell production technologies and take their developments quickly to market.

The current industrial (PERC) solar cell is based on silicon and contains a number of thin film layers to optimise optical performance and reduce electronic losses, to maximise the amount of the sun’s energy converted into electricity.

The UNSW researchers were experimenting with ways to streamline the solar cell manufacturing process and in some trials, they had some very surprising results.

“We tried a method that would simplify the manufacturing process, but we thought it would surely worsen the efficiency of the solar cell itself,” Associate Professor Hoex said.

“But what we found is the opposite. We ended up improving the solar cell in addition to reducing the manufacturing costs. We reduced one of the resistive [energy] losses by one order of magnitude, which opens a new pathway to further optimise the efficiency of the PERC solar cell,” he said.

Hoex believes that the energy transition to renewables will be driven by economics and that even modest increases in efficiencies will help to reduce the cost of solar and encourage end-user take-up.

His team was able to test the new process on a reactor at UNSW’s Kensington campus and expand testing on a commercial scale at Leadmicro’s factory in China.

“Our enhancement is now in high volume production with one of Leadmicro’s clients in China, also one of the biggest solar cell manufacturers in the world,” Hoex said.

Hoex credits his close relationship with Leadmicro as being key to the success of the partnership so far. He says it has allowed them to commercialise improvements very quickly and effectively.

“The beauty of working with industry is that it’s a wonderful source of fundamental problems. Leadmicro is a leader in high-quality manufacturing and in their quest for continued excellence, they approached me to help them solve some of their challenges.

“When I am successful in solving industry problems, I know I’m having direct impact on business and ultimately reducing the cost of solar energy for consumers everywhere.”

Leadmicro will also deliver a commercial-scale atomic layer deposition (ALD) reactor, a machine used for manufacturing solar cells, to UNSW by July this year, to run high-volume testing at the university’s Kensington campus.

“The goal of this project, expected to run until 2021, is to take developments quickly and directly into mass production,” Hoex said.

“To have one of our developments in production so early into the relationship is just phenomenal.”