Locking up kids damages their mental health and leads to more disadvantage. Is this what we want?

Children are still being held in police cells and juvenile detention for low-range offences, under alarming conditions. Here's how their mental health and future prospects suffer. 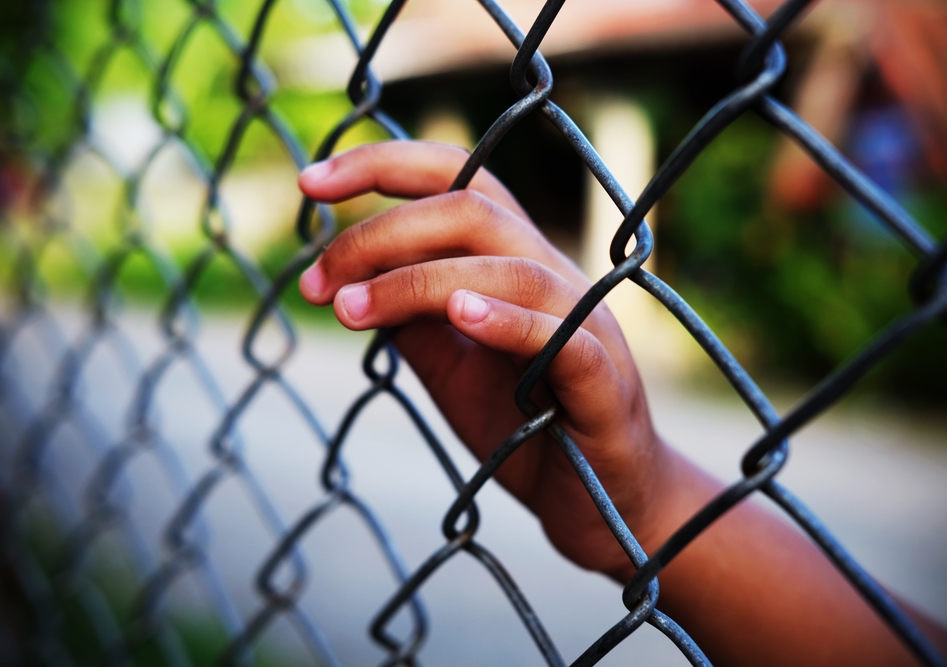 Reports this week of an Indigenous boy with a disability held naked for days in a Brisbane police cell have once again raised the issue of how best to treat our most vulnerable young offenders, and the impact of their incarceration.

These impacts are long-term and stark, affecting both young people’s mental health and the course of their lives. Indigenous children and those with a disability are among children particularly at risk of the impacts of incarceration.

How does locking up young people in juvenile detention or in police cells affect their future? And how can we prevent them getting caught up in the juvenile justice system in the first place?

This week’s example in Brisbane comes just a month after the ABC Four Corners investigation Inside the Watch House, which exposed Queensland’s increasing use of police cells (or watch houses) to hold children as young as 10, sometimes for several weeks.

The investigation showed how some children were held in isolation and others were placed with adult offenders. Records and cases recounted by key interviewees, including Queensland’s public guardian, told distressing accounts.

The investigation showed children, many with cognitive, mental health and other disabilities held in custody because there was nowhere else to take them. That’s because juvenile justice detention centres were full and there were few alternatives. Most of those children were Aboriginal or Torres Strait Islander.

How big a problem is this?

Most children in detention, and virtually all children held in police cells, are unsentenced – they have not been found guilty of an offence. The most common offences children are charged with are theft (over one-third of all offences), common assault, illicit drugs and public order.

There are no national or state or territory data on children held in police cells but, as we saw in the Four Corners program, Queensland holds many children in watch houses.

Evidence from NSW shows many children with cognitive disability and challenging behaviour are held in police cells, often for their own safety or because no service or agency is willing or able to accommodate them. Most of these children are known to police as victims, or highly vulnerable to exploitation, before their arrest and detention.

There are grave concerns about the effects of subjecting young children to detention of any kind. These concerns are multiplied many times when a child:

This is the profile of most children in custody.

What are the impacts of locking up a child?

What are the effects of locking up a child under 14 or 15 in a police cell or a juvenile justice detention centre?

Child development experts are clear that children’s brains and patterns of behaviour are still developing until their late teens. Teenage children are also experimenting with how to relate to the world around them, as well as testing social and cultural boundaries.

Locking children up during these crucial years affects their development. Among other things, it increases children’s risk of depression, suicide and self harm; leads to poor emotional development; results in poor education outcomes and further fractures family relationships.

When children are held in isolation, the effects on a child’s health and well-being can be severe, long-term and irreversible. For example, given many children in detention have been victims of abuse, there is significant potential for re-traumatisation.

How about kids with disabilities?

Research on the pathways of children with a disability into the criminal justice system shows the earlier these children have contact with police, the greater their likelihood of being held in police cells and then juvenile justice detention.

They are likely to not receive disability and health services, or other supports such as disability-appropriate education and counselling. They are also more likely to transition into adult prison.

They have significantly lower educational outcomes than their peers and are much more likely to develop further mental illness and chronic health problems.

Setting a child’s life trajectory in this way is a breach of the rights of the child. It entrenches children in an offending culture.

Time to raise the age of criminal responsibility?

These negative outcomes for children have resulted in calls to raise the minimum age of criminal responsibility – the age at which the state can hold a person responsible for a criminal offence.

In Australia, this is ten years of age. Australia is one of the few affluent countries to have such a low age. There is common law protection for children aged ten to 14. But in practice this has limited capacity to protect children in this age range.

In particular, the low age of criminal responsibility adversely affects Indigenous children. They make up more than two-thirds of children under 14 years who come before the courts and are sentenced to either detention or a community-based sanction such as probation.

The low age of criminal responsibility also gravely affects children with cognitive disability who may be highly vulnerable to exploitation and persuasion, have low impulse control and a lack of understanding of the impact of their actions.

Raising the age to anything less than 14 years old is unlikely to achieve the desired result of minimising the adverse consequences of criminalisation. Even a few days in a police cell sets children on the path to long-term involvement with the criminal justice system.

What else can we do?

Instead of criminalisation, early intervention to support vulnerable children coming from highly disadvantaged backgrounds would provide a hopeful future and not one trapped in the criminal justice system.

These supports depend on the particular child’s needs but can include family support, suitable accommodation, health services, disability support services, counselling, and in the case of Aboriginal children, connection to community-controlled organisations.