Sydney declares a climate emergency – what does that mean in practice?

Sydney has joined more than 600 local governments around the world – as well as the national governments of the UK and Canada – in putting the climate crisis at the heart of all policy decisions. 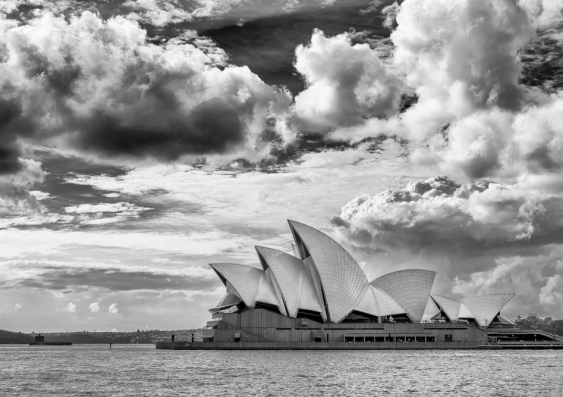 An official declaration of climate emergency puts a government on a “wartime mobilisation” that places climate change at the centre of policy and planning decisions.

While interpretations differ on what a “climate emergency” means in practice, governments have established a range of measures to help meet the targets set by the Paris climate agreement. Under this agreement, 197 countries have pledged to limit global temperature rise to less than 2℃ above pre-industrial levels, and ideally no more than 1.5℃.

With 2018 having brought all manner of record-breaking climate extremes, and global average temperatures projected to reach 3.2℃ above the pre-industrial average based on current national pledges and targets for greenhouse emissions, Sydney’s recognition of a national emergency is both highly appropriate and also a major turning-point for Australia.

Although a signatory to the Paris Agreement, Australia’s greenhouse emissions have risen over the past four years since the repeal of the carbon price. With Australian emissions most notably increasing around transport, the United Nations climate discussions currently being held in Bonn have raised concerns over the nation’s ability to meet its Paris commitments.

With the global cost of inaction on climate change projected to reach a staggering US$23 trillion a year by the end of the century (equivalent to around five 2008 global financial crises every year), several nations are already ramping up their Paris Agreement commitments ahead of schedule. The UK recently announced its intention to be carbon-neutral by 2050.

Australia is particularly vulnerable to the future financial costs of climate change, with economic models suggesting losses of A$159 billion a year through the impact of sea level rise and drought-driven collapses in agricultural productivity. The cost for each household has been put at about A$14,000.

After Sydney’s declaration, 150 faith leaders on Tuesday signed an open letter endorsing the decision, and describing the climate issue as a moral challenge that transcends religious belief. They have called for an urgent mobilisation to reach 100% renewable energy by the year 2030, and for an end to the approval of any new coal and gas projects, including Adani’s controversial Carmichael coal mine in Queensland.

The recent court ruling against the proposed Rocky Hill coal mine in the New South Wales Hunter Valley – a decision made partly on climate grounds – could mark a crucial turning point in the fortunes of future mining projects.

As part of its emergency declaration, Sydney has also called on the federal government to establish a “just transition authority” to support Australians currently employed in fossil fuel industries. This is an urgent issue and a crucial part of the transition to a low-emissions economy.

A major nationwide training program will be needed to help re-skill the estimated 8,000 people who work in fossil-fuelled electricity production, and to help fill the tens of thousands of new jobs in renewable energy-related fields.

With the scale of change required to decarbonise the global economy and hopefully avoid a 2℃ warmer world, the need to support communities across Australia and overseas will likely become an increasing challenge for governments around the world. Putting ourselves on an emergency footing could help provide precisely the impetus we need.