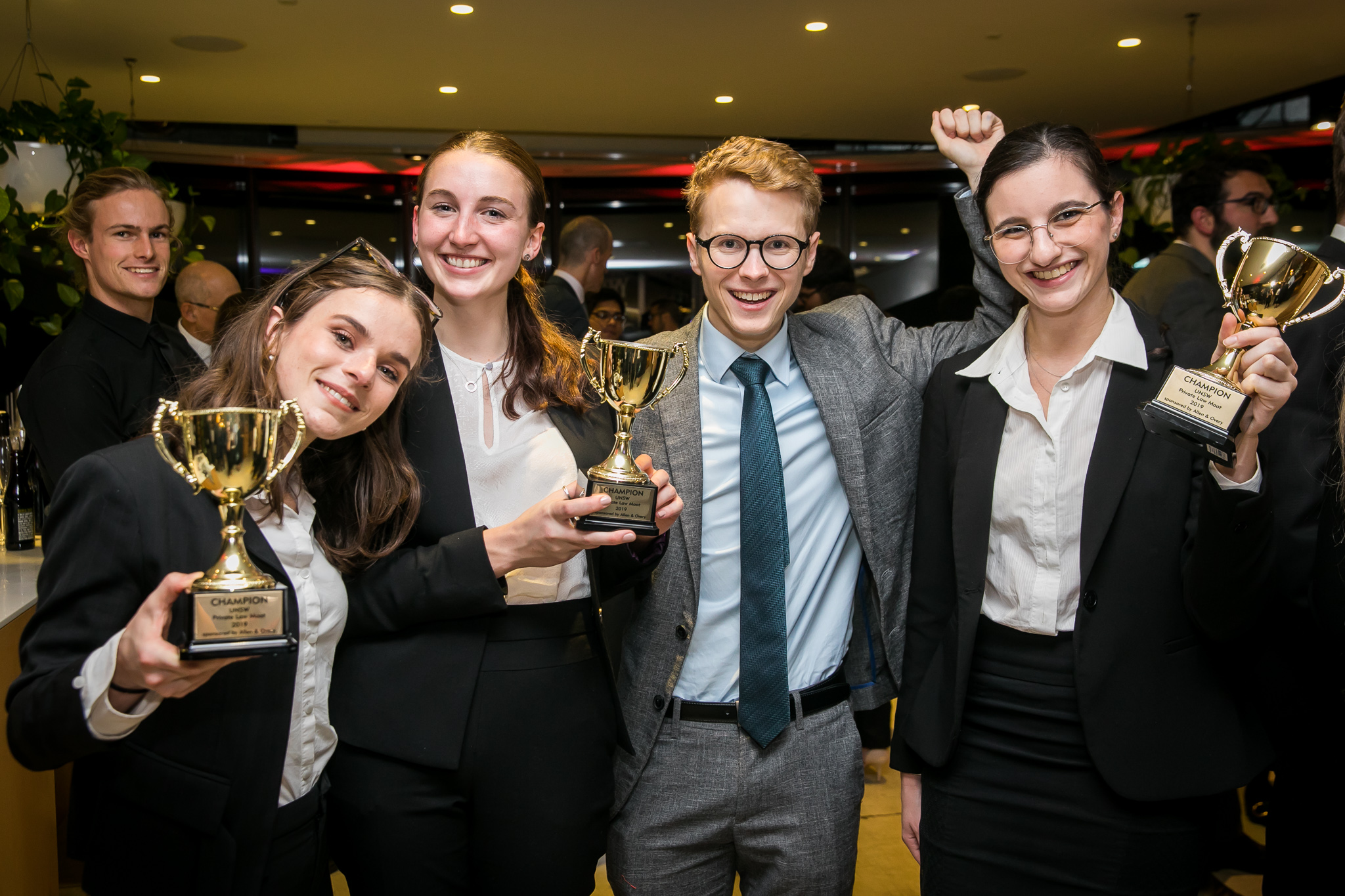 The UNSW Private Law Moot for 2019 has been a resounding success, with both the competitors and judges commenting favourably on the quality of each moot and the challenging nature of the problem question.

Fourteen teams from 12 law schools across Australia and abroad competed at the event which was sponsored by Allen & Overy and Hart Publishing. UNSW Law Professor Simone Degeling wrote the 2019 problem question which focused on issues in equity and trusts.

This year’s competition was organised by two current UNSW Law students, Rebecca Zhong and Isabel Chong. There were two days of preliminary round moots at UNSW’s Kensington campus, followed by a semi-final round. The grand final was held at the Allen & Overy offices in Sydney’s CBD.